Climate change: "Fear doesn’t motivate everyone. For some, the message is better delivered through finding common ground. In the end, whatever the means, it’s important we connect the dots on climate change. We aren’t going to find the solution to humanity’s greatest challenge without acknowledging the problem and its sheer scale."

In the context of the last days and weeks of heat, there have been several thoughtful pieces - on how to get us to engage with the issues:


How can we talk about heatwaves without mentioning climate change?

Not so long ago the image of a polar bear on a melting iceberg was the symbol of climate change. Though it evoked sympathy, it also reinforced the idea that the impacts of climate change are physically distant. Over the last few years, however, extreme weather events have brought the impact much closer to home and increased public understanding of the risks, according to a 2017 study. Recent polls back up the claim, with more and more people accepting the link between human-caused climate change and the recent spate of weather-driven devastations.

But fear doesn’t motivate everyone. For some, the message is better delivered through finding common ground. In the end, whatever the means, it’s important we connect the dots on climate change. We aren’t going to find the solution to humanity’s greatest challenge without acknowledging the problem and its sheer scale.

Heatwaves and wildfires: Connecting climate change and all this extreme weather — Quartz

CLIMATE CHANGE IS FUELLING RECORD TEMPERATURES AND SWEEPING FIRES, BUT THE PROGRESSIVE RESPONSE IS LACKING

We should be freaking out. But we’re not, are we? Not in our guts. Not properly. Not even, really, at all.

An new progressive story on climate change in the UK is needed urgently. One that feels urgent, authentic and contemporary. One about how climate breakdown is intimately connected to the things that we worry about and the values that we hold. One about people, not systems; principles, not lines on graphs.

Most importantly, those with the most to lose from the transition should be in the driving seat of designing, then demanding, a national plan for the skills, investment and opportunities they need. As a start, progressive politicians could establish a grassroots just transition commission in which those in, for example, oil jobs in Aberdeen or smelting steel in Port Talbot get to initiate a transition plan, working with businesses and local leaders.

Climate breakdown: where is the left? | New Economics Foundation


Britain, Can We — Really — Talk About This Weather We’re Having?

Something looms in the background of our spectacular summer. Time to bring it into the light. 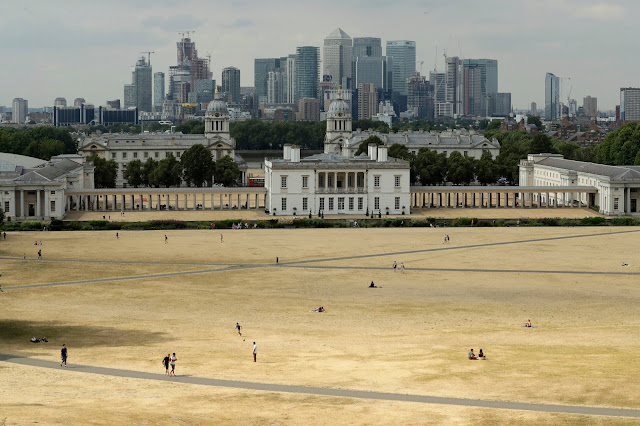 OXFORD, England — For more than six weeks, Britain has been sweating through an unusually intense period of hot, dry weather. This green and pleasant land has rapidly transitioned into something brown and scratchy. Reliably, the British newspapers have dug out the usual tropes: marveling at record-breaking temperatures, fretting about the possibility of melted sidewalks and keeping us well-stocked in images of children frolicking in fountains. 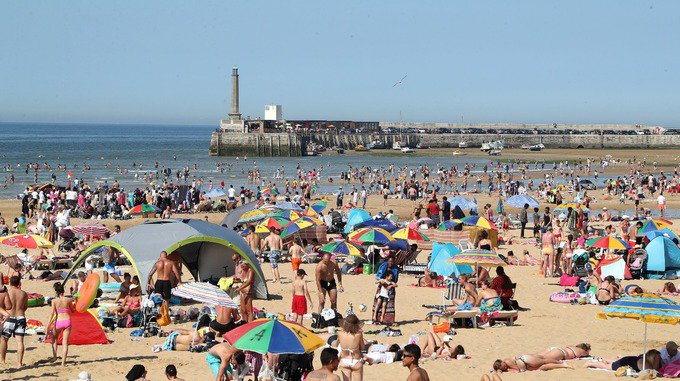 Britain has been enjoying its longest heatwave in five years - but cooler conditions are on the way http://www.itv.com/news/2018-07-08/britains-longest-heat-wave-in-five-years-to-be-tempered-by-cooler-conditions/ …

The sad fact of the matter is this: Britain and its sweaty residents really might not be built for heatwaves. https://trib.al/jsCJd9o

A lot of people are struggling as temperatures soar during an unusually hot summer
metro.co.uk

But something looms in the background, linking our spectacular summer to the wildfires burning portentously in the Arctic Circle and Greece, and the extreme heat and rainfall that have ravaged Japan.

Britain is a little red blotch on a global weather map that is saturated with them.

Let’s be clear: That map is a sea of red because the climate is changing. But in Britain we have been stuck — save for a few exceptions that prove the rule — with the no-single-weather-event-is-caused-by-climate-change rhetoric that is not only scientifically outdated (attribution studies can tell us just how much extreme weather events are caused by climate change), but increasingly feels like an abdication of moral responsibility.

The British government announced Thursday that adapting to a warming climate was now a matter of “life and death.” And Thursday’s front pageswere a welcome shift in tone.
But the fact that it took an old-fashioned government news release for us to start talking about climate change after weeks of a historic heat wave is a problem.

There is no conspiracy within the British Broadcasting Corporation (BBC) to deny climate change, even if the BBC has been berated for giving airtime to discredited climate skeptics. Unlike in the American press, there is relatively little outright denial of climate change in the mainstream British news media. But approaches to the reporting of extreme weather events often seem ill-suited to an era defined by a changing climate, as journalists struggle to find the right tone, convey the right level of urgency and context and worry about compromising their neutrality.

Many British climate scientists (especially following the “climategate” controversy, in which emails from the University of East Anglia were made public and used by climate skeptics to accuse academics of withholding data) harbor a similar fear — that speaking out plainly and confidently about the impacts of climate change will lead to them being branded as activists. Campaigners often hesitate and wait in line behind the scientists, fighting to strike the right balance between hope and fear in their portrayal of a changing climate, and instead veering between apocalyptic warnings and unfeasible, optimistic portrayals of a shiny, low-carbon future.

And perhaps most troubling of all, among many Britons there seems to be a tacit agreement that we’re just not going to talk about it: Who wants to mention climate change among friends, only to be met with awkward silence and pegged as the bore who is ruining everyone’s summer of picnics and barbecues? Particularly in a country where summers can be cold, gray and defined by rain that’s only slightly warmer than the winter variety.

Taken together, this amounts to a state of collective paralysis. The world is catching fire before our eyes, the predictions of climate scientists are coming true, and we are either fumbling conversations about the causes or settling for not talking about those causes at all.

Climate change is so unlike any risk we have ever dealt with that we are hamstrung by a basic inability to articulate what it is, or what it means for our lives. But we do not have a choice anymore. There are many things that urgently need to happen to start reining in the climatic changes we have unleashed; deciding how we’re going to talk about those changes is a start.

The British news media need to accept that the changing climate is a story in itself, and not wait for a news release to be hurried out on the hottest day of the year. And no more images of polar bears. Britons do not see ourselves reflected in photos of melting ice; we need a new visual language that can convey the myriad issues like health, farming and tourism that are being affected right now by a changing climate. 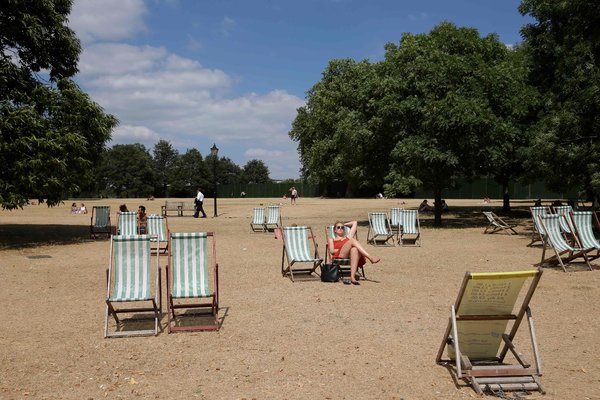 For campaigners, it means putting new voices front and center.

Environmentalists have done an incredible job in putting climate change on the political agenda, which is why we have world-leading policies like the Climate Change Act, but new messengers are needed to take the story into the mainstream — which means climate campaigns should be led by faith leaders, trusted local businesses and culturally credible spokesmen and spokeswomen like musicians and artists, not just protesters with painted faces and placards.

And for all of us in our daily lives, it means being prepared to call out climate change when we see it.

If we don’t learn to call a heat wave like this what it is, we are doomed to keep repeating the same mistakes over and over again — equivocating, avoiding and getting hotter all the time.

Adam Corner (@AJCorner) is research director at Climate Outreach, and the author of "Talking Climate: From Research to Practice in Public Engagement."