The death of local democracy

And the reason seems to be an ideological aversion to independent local government:
Futures Forum: The assault on Local Government: The Strange Death of Municipal England:

Even though central government says it wants local government to be 'independent' - and to rely on business rates only:
Futures Forum: Business rates: promising a 'fundamental reform of the system'

With potentially disastrous consequences:
Futures Forum: Councils and business rates: "their short-term focus on raking in money could end up destroying town centres weighed down by huge tax burdens"

But perhaps the most disturbing consequence of starving local government of finance is that it will dis-empower any notion of local democracy. Not that anyone is noticing in particular:
“The national calamity we don’t hear about – the death of local democracy” | East Devon Watch

‘We cannot survive as we are beyond this next financial year. There is no money. I am not crying wolf. I never cry wolf.” So says the Conservative leader of Torbay council, in Devon: a local authority that delivers the full range of services but can no longer function at even the most basic level.
After years of bone-crunching austerity, by 2020 it will be faced with another £12m of cuts – so the most obvious option is to downgrade itself to a district council, hand over its most essential work to the bigger Devon county council, and hope for the best. Whether this will improve anything is an interesting question: since 2010, in real terms, Devon’s funding from government has been cut by 76%.

How can we protect our libraries from closure when the council ignores us?

Poppy Noor
Read more
Northamptonshire’s council has already effectively gone bankrupt. Somerset, Norfolk and Lancashire are reportedly faced with comparable problems. And in our big cities, similar stories have been unfolding for years, as the great cuts machine set in motion by George Osborne in 2010 continues to grind away, while both costs and demand for basic services increase.
Bristol faces a £108m funding gap by 2023, and is cutting services accordingly. Having already hacked well over £200m from its budgets, Leeds is in the midst of making £38m of savings in a single year. In Newcastle, by 2020, insiders reckon that over half the city council’s spending will in effect have been slashed within a decade. Many authorities are putting up council tax, but that doesn’t come close to easing the economies they have to make. And the results are obvious: less comprehensive child protection, less dependable care for older people, fewer children’s centres, more rubbish in the streets – and yet more dire damage to a social fabric that has been pulled apart for nearly a decade.
Why is this national calamity so under-reported? Some of the answer is about the continuing tragedy of Brexit. Political journalists who work themselves into a lather about this or that item of Westminster gossip hear the dread phrase “local government” and glaze over. It is some token of Whitehall neglect that confusion still surrounds the Tory plan to abolish the core grant given from central government to local authorities and make them completely dependent on business rates and council tax. All told, senior politicians routinely treat non-Westminster people as a mere annoyance: last week, for instance, it was revealed that though the government has commissioned an updated official assessment of the likely effects of Brexit on Greater Manchester, it will not let the people who run that part of the country see it.
There have been times when the UK’s deep tendency to centralise has been momentarily held back, as evidenced by the devolution to Scotland, Wales and London, and Osborne’s encouragement of the rebirth of city regions and the arrival of elected “metro mayors”. But even in those cases – let alone when it comes to the counties, boroughs and districts where devolution remains off-limits – Whitehall’s habit of clinging to power and the effects of austerity have got in the way. Moreover, as evidenced by the calamities that have befallen health and education, particularly in England, politics has tended to revolve around grand schemes authored by politicians who have Bonapartist ideas of controlling everything from the centre – which, in the midst of a society growing more complex and unpredictable by the day, are usually bound to fail.
Yet here is a remarkable thing. For all their travails, some people in charge of councils are among the most inventive, energetic politicians I have ever met. Figures such as Manchester’s Richard Leese, Newcastle’s Nick Forbes, Leeds’s Judith Blake and Plymouth’s recently re-elected Tudor Evans – all Labour people – are located where their policies play out, deeply familiar with local nuances and complexities, and able to move fast. (Weirdly, they are now under attack from their own side: the people at the top of Labour have plans to end the system whereby council leaders are elected by other councillors, and impose one in which their selection would be in the hands of the party’s newly expanded membership – a brazenly factional move that may well be illegal, misunderstands how councils are deeply collective bodies, and threatens constant tension and disruption, just when the people concerned are in the midst of their most difficult era in living memory.)
Meanwhile, at the other end of the local government hierarchy, an experiment in participatory, non-party “flatpack democracy” in my adopted hometown of Frome, Somerset, highlights the revived belief in the power of truly local government, as does the related rebirth of town and parish councils in other parts of the country.
How would such examples of energy and creativity become the norm? Everything ought to start with an acknowledgment that the system is now an incomprehensible mess. It amounts to a random archipelago of town, parish, district, county, city and borough councils, new city regions, police forces and elected commissioners often based on completely different geographies, local enterprise partnerships and an array of other bodies – not to mention an increasingly centralised education system, and a health service now so complicated that very few people understand it. All this feeds into the sense of popular bafflement that defines a country that is simultaneously the UK’s most populous component but also its most powerless: this, it seems to me, is the essence of the modern English condition.
Any political project with radical intentions ought to consider the contrastingly clear, comparatively simple models in most of western Europe: the Spanish structure of municipalities, provinces and regional “autonomous communities” isn’t a bad place to begin. Learning from such examples should lead on to genuine financial independence for councils, based on a decent share of income tax and the ability to raise funds for big projects through bond issues, and a drastic redrawing of the responsibilities of national and local government – not least in the area of basic public services. 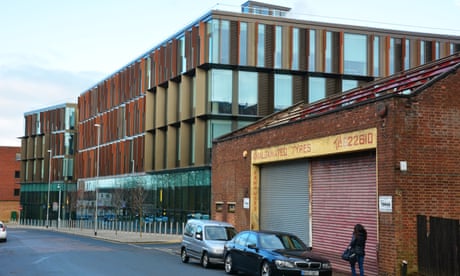 Read more
If the NHS is to survive, it is going to have to decisively shift from treatment towards prevention, something that can only be organised at the social grassroots. It is high time we broke up the dysfunctional Department for Work and Pensions, and handed the administration of most benefits and the jobcentre system to local actors who know what actually works. Education urgently needs to be re-localised. If our troubled high streets are to find a new role, it will be people living next to them who will have to be given the power to find it. To even begin to solve the national housing crisis, we will also have to allow local, city and regional politicians to take the initiative. So, we should pay them properly, and allow them the parental leave, holidays, pensions and sick pay that most of them currently do without.
Across the board, we need to leave behind the lingering fantasy that our fate is wholly in the hands of national politicians who can somehow blow the dust off the failed institutional machinery of the 20th century and save us. That world is gone, and its passing ought to be marked with a collective recognition that at the point when councils ought to be in the midst of revival and reinvention, they are actually being killed. God knows, Britain is now well used to the politics of self-harm, but how amazingly stupid is that?
• John Harris is a Guardian columnist
The national calamity we don’t hear about – the death of local democracy | John Harris | Opinion | The Guardian
.
.
.
Posted by Jeremy Woodward at 15:22