With a look at the significance of the yew tree: 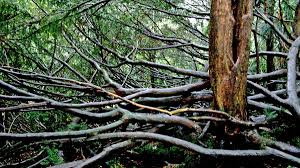 Brett Westwood steps inside the trunk of an ancient Yew Tree in a Churchyard in Bennington with the writer and naturalist Richard Mabey. From their extraordinary vantage point the two men begin to unravel the history of our relationship with this most ancient and fascinating of trees. Over the centuries, Yews have inspired poets, writers, painters and topiarists who have shaped them into everything from peacocks to policemen's helmets. And with the help of writer and botanist Paul Evans, we discover the Yew is a tree unlike any other; a long-lived, regenerating, poisonous, evergreen, revered, medicinal rule breaker. Producer Sarah Blunt. 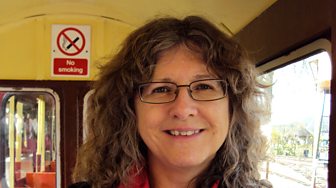 Dr Anne Anderson, author and lecturer, has been captivated by trees in art since curatingAncient Landscapes, Pastoral Visions: Samuel Palmer to the Ruralists for Southampton City Art Gallery in 2008.
She recently curated Under the Greenwood Picturing the British Tree from Constable to Kurt Jackson for St Barbe Art Gallery and Museum in the New Forest. An expert on the Arts and Crafts movement, which revived the art of topiary, her favourite fantasy is William Morris's Fafnir at Kelmscott Manor, Oxon, a Yew hedge shaped into an Icelandic dragon! Anne is currently a tutor at the V&A and guides art tours at home and abroad. Paul Evans is a nature writer, diarist, playwriter, poet, broadcaster and environmental journalist. He is author of Field Notes from the Edge and Herbaceous.

His radio broadcasting began with reports for Costing the Earth on BBC Radio 4 then became a regular writer and presenter of programmes strands such as Nature, World on the Move, Saving Species and Living World.
His feature programmes are based on creative place-based writing about Wicken Fen, Islay, The Wrekin, Orford Ness and Dungeness. 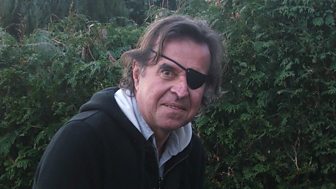 Since the early 1990s Phil Gates has developed expertise in Science Communication and Science Journalism. He has written science features for the Sunday Post; Northern Echo; the Guardian; the Independent on Sunday; BBC Gardeners’ World (monthly column 1992-2005); BBC Wildlife; Kew magazine; Journal of the Royal Horticultural Society (The Garden); She; Australian Geographical Magazine and New Scientist and he has been a regular columnist for BBC Gardeners’ World magazine and BBC Wildlife.

He has written 17 science books for young people and has won or has been shortlisted for many literary awards. Phil has a strong interest in wildlife conservation and is a former chairman of Durham Wildlife Trust and past President of the Northern Naturalists' Union. He is on the editorial advisory board of BBC Wildlife magazine. His book Spring Fever, published in 1992, was an early prognosis for the impact of climate change on Britain’s flora and fauna that contains a number of predictions that have since been borne out by experience.

Find more from Phil at A Digital Botanic Garden, Beyond the Human Eye, and Cabinet of Curiosites. 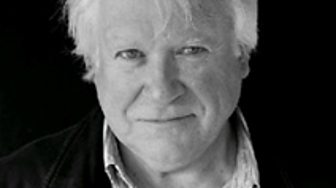 Richard Mabey has been a writer and broadcaster for more than 40 years, usually taking a cultural perspective on the natural world. This means his writing has ventured also into art, music, food and biography.

After education at Oxford, Richard worked as a lecturer in Social Studies in Further Education, then as a Senior Editor at Penguin Books. He became a full-time writer in 1974. He is the author of some thirty books, including The Cabaret of Plants: Botany and the Imagination (2015), and Whistling in the Dark: In Pursuit of the Nightingale (1993), winner of the East Anglia Book Award, 2010, in a revised version entitled The Barley Bird, Beechcombings: the narratives of Trees (2007), the ground-breaking and best-selling “cultural flora” Flora Britannica (1996), winner of a National Book Award, and Gilbert White, which won the Whitbread Biography Award in 1986,. His recent memoir Nature Cure (2005), which describes how reconnecting with the wild helped him break free from debilitating depression, was short-listed for three major literary awards, the Whitbread, Ondaatje, and J.R. Ackerley prizes. He writes for the Guardian, New Statesman and Granta, and contributes frequently to BBC radio.

Frances Carey is author of The Tree: Meaning and Myth and a former curator at the British Museum. In 1975, she joined the British Museum's Prints and Drawings Department as Assistant Keeper of the Modern Collection before becoming Deputy Keeper, Prints & Drawings in 1994. She moved to Directorate as Head of National Programmes in 2003.