What exactly is biodiversity?


The term 'biodiversity' is... commonly used to describe the number, variety and variability of living organisms.
Management requires measurement, and measures of diversity only become possible when a quantitative value can be ascribed to them and these values can be compared. It is thus necessary to try and disentangle some of the separate elements of which biodiversity is composed.

This represents the heritable variation within and between populations of organisms.

Perhaps because the living world is most widely considered in terms of species, biodiversity is very commonly used as a synonym of species diversity, in particular of 'species richness', which is the number of species in a site or habitat.

The quantitative assessment of diversity at the ecosystem, habitat or community level remains problematic. Whilst it is possible to define what is in principle meant by genetic and species diversity, and to produce various measures thereof, there is no unique definition and classification of ecosystems at the global level, and it is thus difficult in practice to assess ecosystem diversity other than on a local or regional basis and then only largely in terms of vegetation. Ecosystems further differ from genes and species in that they explicitly include abiotic components, being partly determined by soil parent material and climate.
What is Biodiversity?
Biodiversity - Wikipedia, the free encyclopedia
Natural England - Biodiversity


It's very much in the news, and internationally:
Brazil and EU Team Up to Tackle Biodiversity Loss With Cooperative Techniques
State to economically value biodiversity - The Hindu


What to do about the loss?
>> Put a price on biodiversity: 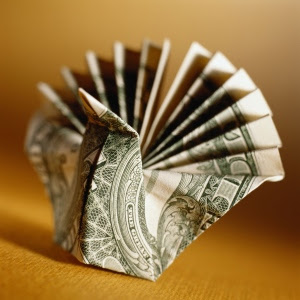 The cash needed to conserve the world's species is a small price for biodiversity's “goods and services”, researchers say.
THINKSTOCK
Protecting all the world's threatened species will cost around US$4 billion a year, according to an estimate published today in Science1. If that number is not staggering enough, the scientists behind the work also report that effectively conserving the significant areas these species live in could rack up a bill of more than $76 billion a year.
Study leader Stuart Butchart, a conservation scientist at BirdLife International in Cambridge, UK, admits that the numbers seem very large. But “in terms of government budgets, they’re quite trivial”, he says, adding that governments have already committed to taking this action in international treaties — they just did not know how much it would cost.
The researchers also point out that the annual costs of proper conservation are but a fraction of the value of nature's ‘ecosystem services’, such as pollination of crops and carbon sinks, estimated at between $2 trillion and $6 trillion. “These sums are not bills, they’re investments in natural capital,” says Butchart. “They’re dwarfed by the benefits we get back from nature.”
Global biodiversity priced at $76 billion : Nature News & Comment 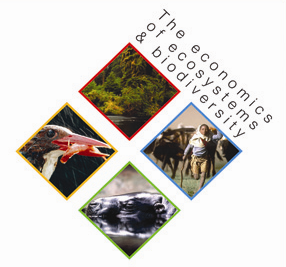 The Economics of Ecosystems and Biodiversity (TEEB) is a global initiative focused on drawing attention to the economic benefits of biodiversity including the growing cost of biodiversity loss and ecosystem degradation. TEEB presents an approach that can help decision-makers recognize, demonstrate and capture the values of ecosystem services & biodiversity.
TEEB

With an interesting debate on the implications:
'What Has Nature Ever Done For Us?' by Tony Juniper | Friends of the Earth
Cork Environmental Forum | Tony Juniper speaks on “Ecology vs Economy: Is there really a choice? Wed 25th Sept in Dublin
British American Tobacco Biodiversity Partnership - Partnership events

Biodiversity offsetting is a measurable way to ensure we make good the residual damage to nature caused by development which cannot be avoided or mitigated. This guarantees there is no net loss to biodiversity from development and can often lead to net gain for nature. It will not change existing safeguards in the planning system, but makes it quicker and simpler to agree a development’s impacts to ensure losses are properly compensated for.

Surprisingly, there has never been a statutory requirement for any one organisation to collect records on a long-term basis. Despite this a national Biological Records Centre was set up in 1964 to collate data, particularly from voluntary recording schemes, to make information available to conservation bodies and to publish the results. The lack of co-ordinated resources to work with local and national recorders resulted in no one organisation being able to see the whole picture. And as pressures to report on the environment increased so did the urgency to improve the situation.
The impetus to set up the NBN finally came from the Biodiversity Action Planning process, following the 1992 Rio Summit. Spurred on by a report from the “Co-ordinating Commission for Biological Recording”, the major organisations involved came together in 1997 to pool the resources necessary to set-up a project to build the NBN.
The NBN Concept - National Biodiversity Network
.
.
.
Posted by Jeremy Woodward at 13:34