From Bury to Sidmouth: book launch

A book has just come out depicting the changes to the town of Bury over the last decades: a familiar story of crass development, ignorance of place and consequent ripping apart of the social fabric.

A very touching portrait of a man and of a town - which carries clear messages for the future of Sidmouth. Is this 'a warning of how Sidmouth has been sleep walking in the same direction?' 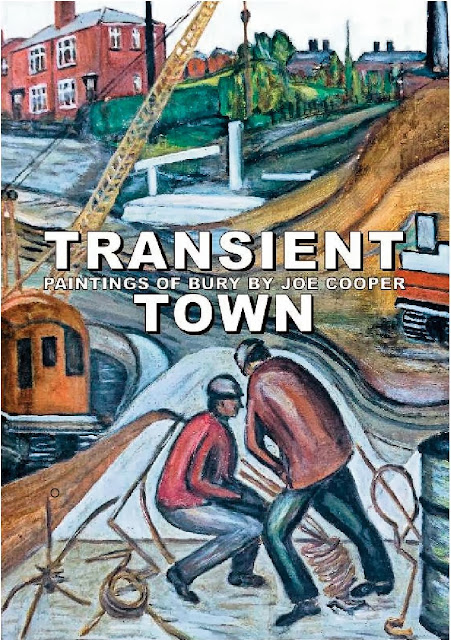 Paintings of Bury by Joe Cooper

Since my father Joseph Cooper began to paint local scenes over forty years ago, the townscape of Bury Lancashire has dramatically altered. Starting in the late Sixties he practised as a self-taught artist until the mid Eighties when his age began to catch up with him. Spread over a period of 15 years he produced over fifty paintings of local landmarks and locations. In 1977 we held a joint exhibition at the Bury Art Gallery following which his paintings were dispersed to various acquaintances and collectors. After he retired from his artistic endeavours, the family held on to the remainder of his output until after his death in 2001. Recognising his work had a certain heritage status as a personal perspective of the old town as it used to be; in 2009 we offered the surviving collection to the Bury Art Museum. Fortunately the chief curator Richard Burns appreciated their value as a potential historic record capturing the scenery of the post-war period. This year the family was delighted to see Joe’s pictures in the BBC national digital archive “Your Paintings” and in response this publication has been prepared. 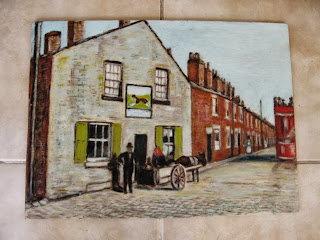 Upon receiving the donation Richard Burns perceptively observed “they have clearly been painted by someone who knew the town well. It is a sad fact that many of the buildings he has painted have now gone. The town has changed since the 1970s and continues to do so. The changes seem particularly rapid now, because the new development on The Rock is so far advanced. This makes it more important than ever that we have a record of what Bury was once like.” Shockingly over the period the town has lost over sixty public houses, seven picture palaces and countless local shops so important to the social matrix of the community. 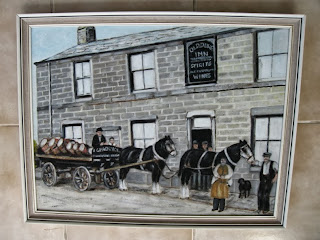 Transient Town offers a snapshot of Bury at the threshold of change from a manufacturing base to a service economy. Following the decline of the textile industry “worktown” had to be radically reinvented and this transformation continues today. Retail sheds now dominate while industrial compounds and builder’s yards occupy the fringes. The shopping malls, multiple car parks and M66 motorway allow customers from far afield to purchase their merchandise with as little inconvenience as possible. As modern urban design has privileged the motorist the access roads are widened and the town is experienced at an increased rate from the isolation of passing vehicles.

A limited edition produced in 2013 by Harmonie Press.
It is an A5 booklet of 56 pages with full colour illustrations
To Order: £10 sterling incl UK post per copy.
Orders to G Cooper Harmonie Peak Hill Road Sidmouth Devon EX10 0NW


How much has Sidmouth also lost - without it actually being realised?
How much of Sidmouth's identities have been lost - social, individual, professional, topographical...?
Are we 'sleepwalking into oblivion'? 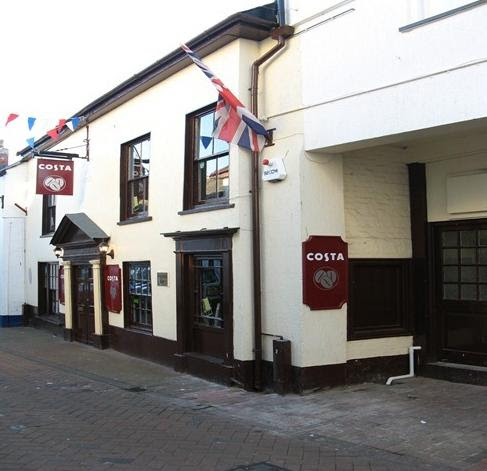