Tomorrow, Tuesday 18th Feb, at 3pm, the Cafe Scientifique meets up once again:


Café Scientifique is a place where anyone can come to explore the latest ideas in science and technology in a relaxed atmosphere.
In Sidmouth, we normally meet once a month (except during some festive breaks).  The meetings take place on the third Tuesday of each month from 3pm to 4pm.
This is the format: a 15-20 min introduction by an expert will be followed by a Q&A period or a general discussion, if the participants so wish.
As there is no charge for this venue please buy a drink.

The subject will be an interesting one:

Where: Costa Coffee, Old Fore Street, Sidmouth, EX10 8LP
Who: Roger Martin
Roger is Chair of Population Matters
Sir David Attenborough – naturalist b1926 - "The human population can no longer be allowed to grow in the same old uncontrolled way. If we do not take charge of our population size, then nature will do it for us."
The Population Matters website will provide you with more information on this topic.


Population Matters, formerly known as the Optimum Population Trust,[1] is a registered United Kingdomcharity,[2] think tank, and campaign group concerned with the impact of population growth on long term sustainability, quality of life and the natural environment, specifically natural resources, climate change, andbiodiversity.
Population Matters researches climate change, energy requirements, biodiversity, and other environmental factors in relation to population numbers. It campaigns for population stabilisation and gradual decrease to sustainable levels for both the world and the United Kingdom. In 2009, the organisation issued a study asserting that contraception was the cheapest way of combating climate change. [3]
The trust states that its intermediate aims are: improved provision of family planning and sex education, better education and rights for women, and that couples voluntarily "have two or fewer". For the UK specifically, it advocates greater effort to reduce the high rates of teenage pregnancy and unintended pregnancy and that immigration be brought into balance with emigration.
Population Matters - Wikipedia, the free encyclopedia

We're raising awareness of the cost to humanity and other species of unsustainable human numbers and promoting smaller families as part of a sustainable future.
More >> What you can do >>
Environmental conservation

We're supporting environmental conservation because preserving habitats and ecosystems around the world is essential for the well-being of all species — including our own.
More >> What you can do >>
Family planning & women's rights

We're calling for more rights and greater access to family planning services for women throughout the world so they can choose for themselves how many children to have and when to have them.
More >> What you can do >>
Sustainable consumption

We're promoting sustainable lifestyles — reducing waste and conspicuous consumption and focusing on well-being rather than accumulating often-unused possessions.
More >> What you can do >>

Population Matters » for a sustainable future

In other words, stop having babies:
Cut childcare costs by having fewer children, says Population Matters - World - News - The Independent

However, there is a different take
- with a reminder that there was panic about the 'population explosion' and the need for 'birth control' already in the 1960s: 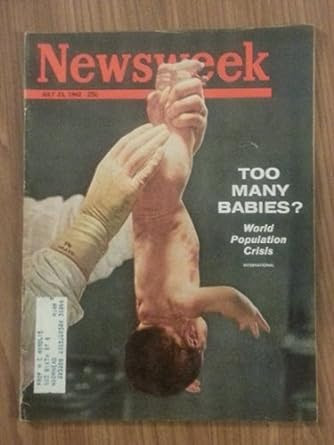 - together with a more unpleasant reminder that the 'optimum population' campaign has its roots in the eugenics movement, with the likes of the first director of UNESCO Julian Huxley

- and the likes of Bill Gates linking much of this with today's concerns over 'climate change' and 'sustainable development'...

There might be other points which we've been missing, for example:

How does blaming overpopulation for things distract from the real problems?

Since overpopulation isn't the cause of hunger, "fixing" overpopulation won't fix these problems. In fact, the obsession with overpopulation often leads to precious aid money being spent on population control rather than real aid. "Family planning" programs miss the real point, especially in places like Africa--which is that the people need legitimate, concrete aid.

But it does seem to be a question of 'poverty' and not 'population':

So, it might not be a point of 'numbers'.
In fact, population growth has been declining dramatically:


Absolute numbers continue to rise but over the past 30 years or so the percentage rate of increase has been diminishing. By 2050 the population is on course to reach 9 billion. But by then the percentage annual rise should have fallen to zero, which means that numbers will then stabilise. If the trend continues the birth rate should then fall below replacement, so total numbers should start to go down. Nine billion is as big as the human population will get.

On BBC Two recently, the Swedish statistician Hans Rosling has made very much the same points:
BBC Two - This World, Don't Panic - The Truth About Population, The yardstick of wealth - Hans Rosling places the world’s 7 billion people
BBC News - Hans Rosling: Do you know more about the world than a chimpanzee?
Hans Rosling - Wikipedia, the free encyclopedia

And here's a video from the TED series of talks:

The world's population will grow to 9 billion over the next 50 years -- and only by raising the living standards of the poorest can we check population growth. This is the paradoxical answer that Hans Rosling unveils at TED@Cannes using colorful new data display technology

So, how do we feel about Bill Gates pouring cash into 'population and sustainability' programmes...?
It's really rather a complicated matter - which needs some pointed questions asking, so it seems...
.
.
.
Posted by Jeremy Woodward at 12:14