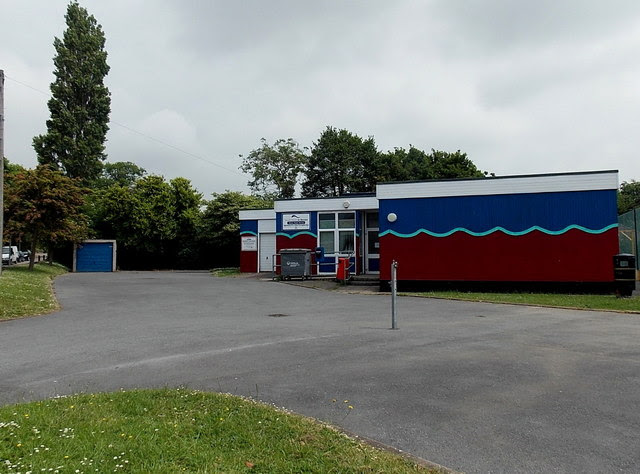 Stephen SumnerMonday, February 10, 2014
Youngsters in Sidmouth are calculating the cost as a planned £1million budget cut leaves the future of youth centres uncertain.

Devon County Council (DCC) needs to slash £110million from its budget over three years – but cash is not enough to save the service and bosses want community groups to take over its provision.
Teenage activists have begun petitioning councillors and campaigning to save the centres – to protect those who cannot speak out for themselves.
Alfie Weaver, a volunteer at Sidmouth Youth Centre, said: “By cutting resources, DCC is failing to make sure it helps the most vulnerable people in society. “Many youth centres will cease to exist, and Sidmouth’s is very likely to be among them. People may moan about it, but when it’s gone, where will the young people go?”
Plans to ‘rationalise’ the youth service were accidentally released by DCC last Thursday and reported by the Herald.
DCC is following the national policy of targeting youth services on those in greatest need, which government inspectors Ofsted identified as the authority’s ‘inadequate’ child safeguarding.
Councillor Claire Wright said: “It’s a massive challenge and I do sympathise, but there are other areas where cuts could be made.” She said other agencies could take it over, but they may not be able to offer the same level of expertise and experience that the youth workers can.
Councillor Stuart Hughes, Sidmouth’s representative at DCC, said: “The future provision for youth is a community service, not purely a DCC issue. We need lots of other partners to come to the party and if we can enable them to take on the assets, so much the better.”
The council began its second stage of consultation on Monday, which runs until April – although the budget is set to be rubber-stamped later this month.
A DCC spokesman said the authority will continue to offer specialist services such as drug and alcohol advice. "Where the council is hoping to engage with the local community, is in the taking on and running of the traditional youth-centre based activities that are currently attended by any young person, while the council then is able to focus its resources on targeting support to vulnerable young people,” he added.
A petition against the cuts attracted more than 200 signatures in 24 hours. To support it, contact Sidmouth Youth Centre on 01395 578852.
Youngsters count cost of Devon youth service cuts - News - Sidmouth Herald

Yesterday, young people demonstrated against the proposed cuts to youth services in Devon:

Young people march on County Hall to protest against cuts

Stefan GordonThursday, February 20, 2014
AROUND 50 young people from Sidmouth and across Devon have today (Thursday) used their collective voices to speak out against cuts to the youth service.

A demonstration took place at County Hall ahead of a decision on plans to slash £970,000 from the provision.
The move could spell the end of many of Devon County Council’s youth centres so users have been asked to gather with ‘banners, flags, speeches, or just yourselves’.
Protest organiser Alfie Weaver said: “We needed everyone who wants their youth club to stay open to come.
“The only thing that will change [the councillors’] mind is seeing all the young people asking them to stop.
A petition against the cuts has already gathered more than 900 supporters.
Young people march on County Hall to protest against cuts - News - Sidmouth Herald


"No ifs, no buts, no youth centre cuts": Teenagers' appeal to county councillors

A leading county councillor says she is “ashamed” to be a Devon county councillor after local authority chiefs denied dozens of young people the opportunity to speak on proposals to slash its youth services budget by almost £1m. Dozens of teenagers turned out to protest on the steps of County Hall ahead of the controversial budget meeting where members backed the proposals that threaten the future of its 34 youth centres.
Alfie Weaver, 17, from Sidmouth has been leading the Save Our Youth Services campaign and expressed his disappointment that the young campaigners were not being permitted to speak and address councillors at the meeting. “We wanted to tell them our concerns face to face,” he said. “We feel it is only fair that the young people which their decisions are going to affect, have a voice.” The youngsters were told they would not be able to speak at the full council meeting due to time constraints.
A council spokesperson said that the young people had missed the deadline for informing the council they wanted to ask a question and were aware in advance of the meeting that they would not have opportunity to address the council. He added that there has been three months of engagement with young people and youth service workers.
The consultation period will last until April 27.
A handful of them were given a short private meeting with Councillor Will Mumford, Cabinet Member for Children, Schools and Skills, ahead of the meeting.
Under the proposals, the council would cease to run 16 centres in Exeter, East and Mid Devon, with the hope they would be taken over and run by other organisations. Around 60 staff could lose their jobs.
The young campaigners, who came from a variety of towns across the county including as far away as Ilfracombe, took the opportunity to tell Cllr Mumford how valuable they found the youth centre service and its provision of support and advice from trusted professionals.
Following the meeting, county ward member for Exmouth, LibDem Councillor Eileen Wragg, said she was “ashamed” to be a Devon county councillor.
She said that when permission for Alfie to speak was refused, opposition councillors asked for Standing Orders to be suspended for three minutes to enable him to make a representation, but when this was put to the vote, but the Conservatives voted against the proposal.
“What we saw yesterday, with the young people being denied the opportunity to speak is shameful,” she added. “I have been a member of this council for nine years and for the first time I feel ashamed to be a Devon County Councillor. There are going to be meetings to engage young people in the democratic process and to encourage them to stand for elections. If I was a young person here today, what has happened would have put me off for life.”
Cllr Wragg also criticised the ‘lack of consultation’ with local members over the proposals. “The public could be forgiven for suspecting that decisions were being made behind closed doors, then asking for public consultations to take place,” she continued. "The public will ask what the point is of taking part in a consultation when the decision has already been made.”
She cited the planned closure of county residential care home, Davey Court in Exmouth as an example. “Just a year ago, the announcement was made that Davey Court was to become a Centre of Excellence for dementia care,” she added. “We even put it into our election material. Decisions are being made without local members being consulted. We have been misled and so have the public.”
Leading figure “ashamed” to be Devon county councillor after authority denies young people to speak on youth service cuts | Exeter Express and Echo
Devon County Council approves controversial budget | Tiverton Mid Devon Gazette