Climate Change: and growth on Radio 4

... this morning saw the latest thinking on this issue on Radio 4: 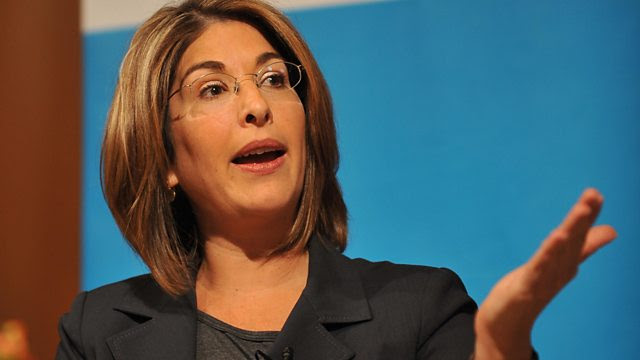 Naomi Klein argues that the greatest contributor to global warming is not carbon and climate change, but capitalism. She tells Anne McElvoy that the market's addiction to growth and profit is killing the planet. But the economist Dieter Helm questions whether capitalism is really at war with the environment and looks to the world's innovators to invent our way out of crisis. Climate change is a global issue, but the author Tahmima Anam looks at what it means for her home country Bangladesh. Jeremy Oppenheim argues that economic growth and action on climate change can be achieved together, with global cooperation.


Climate Change Is a People’s Shock

What if, instead of accepting a future of climate catastrophe and private profits, we decide to change everything? 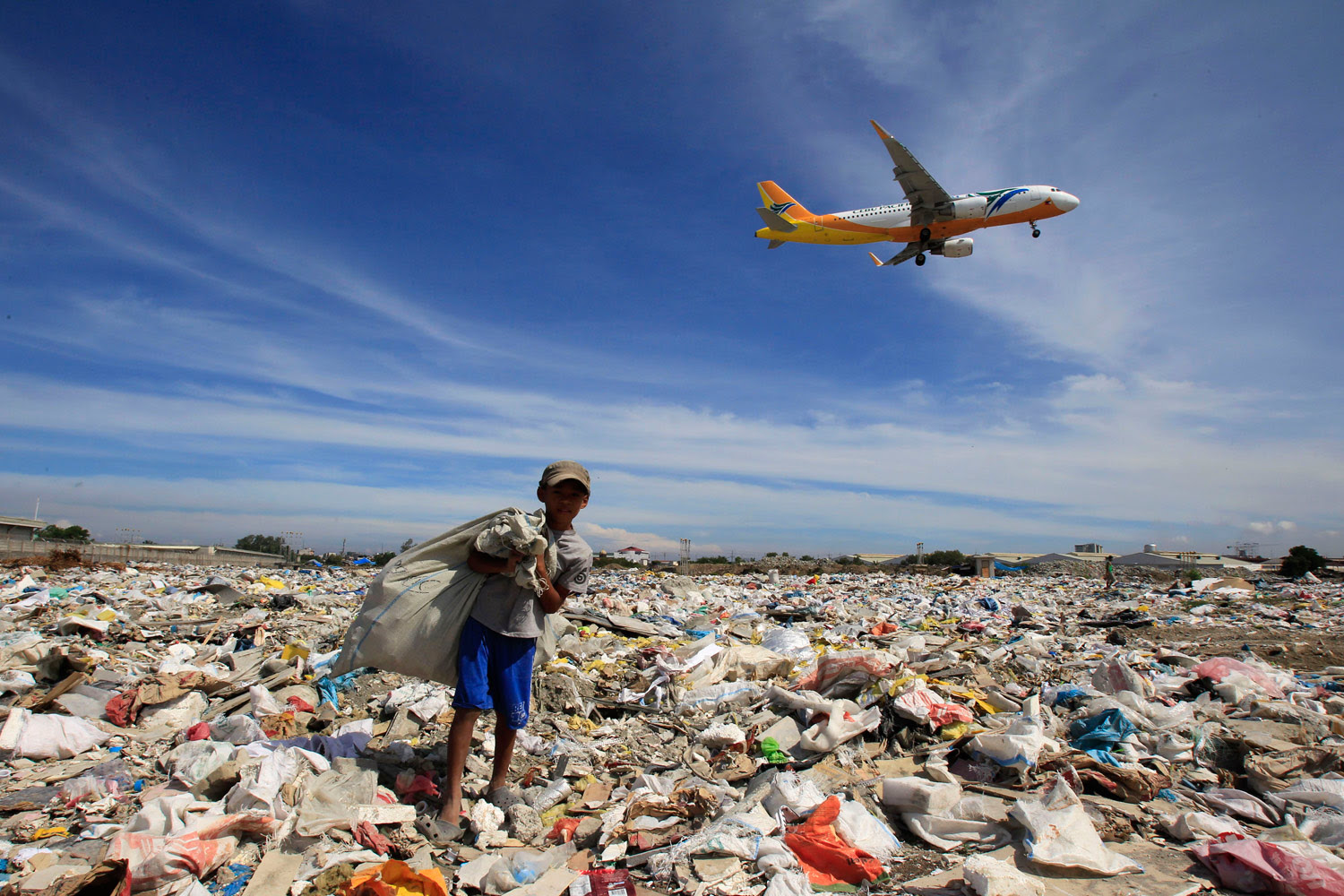 A garbage dumpsite in Paranaque city, Manila (Reuters/Romeo Ranoco)
Editor’s Note: This article is adapted from This Changes Everything: Capitalism vs. the Climate, by Naomi Klein (Simon & Schuster). Click here  for information about the book and Naomi’s September/October 2014 tour dates. The Nation will be livestreaming her sold-out US book launch on September 18 at 6 pm EST; you can watch that here.
About a year ago, I was having dinner with some newfound friends in Athens. I had an interview scheduled for the next morning with Alexis Tsipras, the leader of Greece’s official opposition party and one of the few sources of hope in a Europe ravaged by austerity. I asked the group for ideas about what questions I should put to the young politician. Someone suggested: “History knocked on your door—did you answer?”
At the time, Tsipras’s party, Syriza, was putting up a fine fight against austerity. Yet it was struggling to articulate a positive economic vision of its own. I was particularly struck that the party did not oppose the governing coalition’s embrace of new oil and gas exploration, a threat to Greece’s beautiful seas as well as to the climate as a whole. Instead, it argued that any funds raised by the effort should be spent on pensions, not used to pay back creditors. In other words, the party was not providing an alternative to extractivism; it simply had more equitable plans for distributing the spoils—something that can be said of most left-governed countries in Latin America.
When we met the next day, Tsipras was frank that concerns about the environmental crisis had been entirely upstaged by more immediate ones. “We were a party that had the environment and climate change in the center of our interest,” he told me. “But after these years of depression in Greece, we forgot climate change.”
This is, of course, entirely understandable. It is also a terrible missed opportunity—and not just for one party in one country in the world. The research I’ve done over the past five years has convinced me that climate change represents a historic opening for progressive transformation. As part of the project of getting our emissions down to the levels so many climate scientists recommend, we have the chance to advance policies that dramatically improve lives, close the gap between rich and poor, create huge numbers of good jobs, and reinvigorate democracy from the ground up. Rather than the ultimate expression of the shock doctrine I wrote about in my last book—a frenzy of new resource grabs and repression by the 1 percent—climate change can be a “People’s Shock,” a blow from below. It can disperse power into the hands of the many, rather than consolidating it in the hands of a few, and it can radically expand the commons, rather than auctioning it off in pieces. Getting to the root of why we are facing serial crises in the first place would leave us with both a more habitable climate than the one we are headed for and a far more just economy than the one we have now.
But none of this will happen if we let history’s knock go unanswered—because we know where the current system, left unchecked, is headed. We also know how that system will deal with serial climate-related disasters: with profiteering and escalating barbarism to segregate the losers from the winners. To arrive at that dystopia, all we need to do is keep barreling down the road we are on.
Climate Change Is a People’s Shock | The Nation

From six years ago:


I've seen the effects of climate change - and if people won't face up to it, governments must make them

Two recent polls attempting to judge the public mood about climate change have revealed contradictory results. Last week's Ipsos Mori poll told us that most people doubt the human causes of climate change. Yesterday's Guardian/ICM poll told a slightly different story, one of a growing concern with climate change, with many people considering it a higher priority than the faltering economy.
The roots of scepticism can be traced to many sources. In this newspaper on Monday, Peter Wilby criticised the media for not doing its part to lend credibility to the argument. Some have pointed the finger at that fateful Channel 4 documentary, The Great Global Warming Swindle; others at the sometimes contradictory messages from environmentalists. Whatever the reason, there is no doubt that many people still remain unsure of the causes of climate change, and the seriousness with which we need to tackle it.
The scientists and campaigners have done their best. The IPCC's latest report states that there is a 90% chance that humans are the main cause of climate change. Al Gore has gone around the world with graphs and arresting photographs of the melting Arctic ice, proving that climate change really is happening. And, of course, there is the anecdotal evidence: everyone knows someone who has witnessed an extreme storm, or had their house flooded, or watched from a balcony as the Asian tsunami leapt from the sea.
But if, after all the messages we have received about the perils of ignorance, we remain unconvinced, it must be because of a failure of imagination. To remain in doubt about our own culpability means that we are unable to imagine an era that is dramatically different from our own.
Unfortunately, as I come from Bangladesh, I do not have to envisage the horror of what is to come because climate change has already arrived in Bangladesh. I must simply describe what I see before me: the sight of fresh water turning to salt, leaving the paddy fields yellow and withered; the rivers eroding at lightning speed; the water slowly gnawing away at the land, so that people can point to the sea and say, "When I was a child, our village was over there." In a few weeks, I will be travelling to Bangladesh to stay with families who have had to build their homes on plinths to stop them being washed away. I will return to dry land and write about them, and hope to fire the imagination: to frighten people into believing that this may someday happen to them. I will attempt to perform a feat of wordsmithing that will make people suspend their disbelief once and for all.
But though I have staked much on the power of words, I know that the imagination has its limits. And when the imagination fails, it is the duty of those who govern us to set the rules. They must make us give up our cars and cheap holidays, our lightbulbs and draughty windows. I don't say this easily, because I come from a country that regularly flirts with dictatorship. I know the dangers of a heavy-handed government. But if these two surveys have anything in common, it is in the fact that people want the government to take the lead.
Last week, Gordon Brown revealed his plan for a green revolution - bold and expensive, it will mean a dramatic change in the source of our energy. This is precisely the type of commitment we need. But I hope he will forgive me for being wary: the jet lag from his trip to Saudi Arabia, where he went to beg for lower oil prices, had probably hardly passed. More importantly, his scheme, dependent as it is on private financing, relies on companies taking their own decisions on whether or not to invest in renewables.

And from the organisation of which Jeremy Oppenheim (formerly Director of McKinsey & Co) is Programme Director:

The Global Commission on the Economy and Climate

One of the most critical and urgent challenges facing countries today is achieving economic prosperity and development while also combating climate change.
The Global Commission on the Economy and Climate, and its flagship project The New Climate Economy, have been set up to help governments, businesses and society make better-informed decisions on these crucial issues.
The Global Commission is chaired by former President of Mexico Felipe Calderón and comprises former heads of government and finance ministers, and leaders in the fields of economics and business. The Commission's work is being conducted by a global partnership of leading research institutes. Reporting in September 2014, the project will make recommendations on actions and policies that can achieve high quality economic growth at the same time as addressing dangerous climate change.
The Global Commission on the Economy and Climate was commissioned by seven countries - Colombia, Ethiopia, Indonesia, Norway, South Korea, Sweden and the United Kingdom - as an independent initiative to report to the interational community.


New Climate Economy | Commission on the Economy and Climate
.
.
.
Posted by Jeremy Woodward at 14:20