The big climate change day on 21st September  received a lot of coverage:
Futures Forum: Climate change: reports from around the world

The 10:10 took the event as a starting point for positive future action:
Futures Forum: Climate change... and community energy ... what's next from 10:10

The SidEnergy newsletter gave us a report as it happened in Sidmouth:
Futures Forum: SidEnergy latest news...... climate change conversation...... green homes...... free insulation from cosy devon...... energy and the arts...... "show us your bills"......

This has just been uploaded onto the Vision Group website:

SidEnergy joined in the climate change debate with others on the Esplanade in front of the Lifeboat station.

If you couldn’t make it on the day you can still sign the petition online by following this link:
www.secure.avaaz.org/en/100_clean_51/?bUhlIab&v=44462 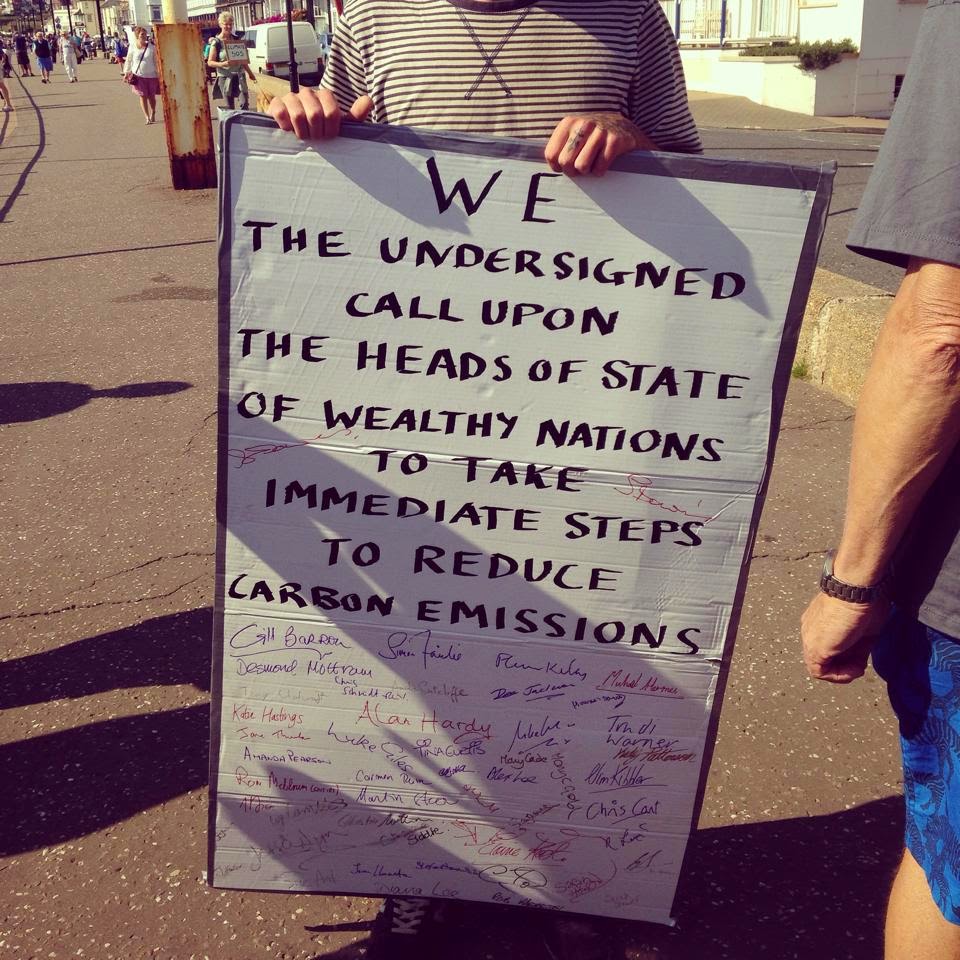 "A photo of Climate Change conversation on the Esplanade to illustrate the number of signatures collected."

For a rather bigger show, here's a report from New York: