If we are indeed 'deindustrialising', then there should be more space left to live in:
Futures Forum: Peak-industrialisation

Besides, the 'need' for more space to build more houses is based on several spurious notions - as Edward Goldsmith observed back in the 1970s:

Or again, we interpret the housing problem as a shortage of houses, which justifies the building of more and more houses. It does not occur to us that it might be more realistic to regard it as an aberrant situation largely caused by the disintegration of the family, as a result of which, where there were eight to ten people per house, there are now two or three. This latter interpretation would be inconvenient, since though we know how to build houses, industrial society does not provide the means for restoring the integrity of the family unit.

Simon Jenkins questions many of the myths around the current 'housing crisis' and suggests some alternative routes:

1,232
Save for later
Housing is Britain’s top policy issue. It is the “crisis” of our day. London’s mayoral elections, says Labour’s Sadiq Khan, should be a “referendum on the housing crisis”. The migration crisis, the NHS crisis and the poverty crisis all pale before its awesome might. So what is the “solution”? 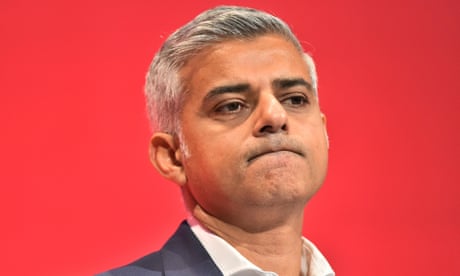 Read more
There is no solution. As in all political crises, there are tribal myths and economic realities. When the myths win, policy degenerates into chaos and counterproductivity. First, let’s deal with the myths.
1 That there is a housing “crisis”. There is none. Too many people cannot find the house they want in London and the south-east, which is where most politicians and commentators live. This is inevitable where an economy is booming.Average prices in London may be £500,000, but in the north-west and north-east of England they are £150,000. You can get a decent home in Salford for £65,000.
2 That an average is a minimum. It is not. Housing hysteria is based on averages. When someone asks “How can I possibly afford £500,000?”, the answer is: you cannot, but somebody presumably can. But go on Zoopla and there are houses in parts of London for £180,000. Even the poorest newcomers seem to find somewhere (usually private) to rent.
3 That there is a national “need” for 250,000 new houses a year. For decades this has been Whitehall’s meaningless concept of “household formation”, taking no account of regional preference, propensity to move home, house prices or cost of finance. Housing need implies homelessness. It should refer to the 60,000 people currently in temporary accommodation, who ought to be the chief focus of policy attention. All else is “demand”.

4 That the solution to house prices lies in building more new houses. New houses are always worth building, where the infrastructure is in place. But new houses account for a mere 10th of housing transactions. The chief determinant of house prices is the state of the market in existing property and the cost of finance. During the sub-prime period, prices soared in America and Australia despite unrestricted new building. It was cheap money that did the damage. The house-builders lobby equates housing to “new build” because that is where their interest lies.
5 That the solution lies in the green belt. This is an anti-ruralist’s version of myth four. Even were the green belt obsolete, which few accept, or partly so (which I accept), it will not dent the pressure of overall demand. Nor is sprawl remotely “sustainable” development. It requires new infrastructure and puts more pressure on roads and commuting. It is bad planning.
6 That high buildings are the answer. They are inefficient as the higher you build the more is spent on servicing. London’s most popular and economic housing is “high density/low rise”. Towers have supplied mostly empty pads for the rich, housing no one.
7 That the answer lies in new social housing. Security of tenure and low turnover – not to mention right to buy – renders the fixed stock of public housing inflexible and immobile. Increasingly it has become a generous donation by the taxpayer to a fortunate few, for life. It is largely irrelevant to acute homelessness.

Why Labour must become the party of home ownership

Read more
8 That people have a “right” to live where they or their parents lived before. Localities benefit from stable populations, but conferring and bequeathing such a right to discriminatory subsidy is in no book of rights.
9 That there is also a “right” to home ownership. The state has a housing obligation for those who need help. Home ownership is capital accumulation, developed out of the Tories’ mortgage tax relief as a form of saving for old age and to endow offspring. It promotes inequality and cannot be termed a right.
10 That renting is stupid. Renting is buying a service. About 60% of Germans rent. They do not think of buying until their 40s. Booming Berlin has 90% of its population renting. Renting aids labour mobility and channels savings into productive investment. As a result, Germany has little house price inflation and no “ladder” advantage to owning not renting.
11 That buy to let is evil. The poorest people rent from the private sector. The more houses are available to rent, the more flexible is the housing stock and the lower are rents for those who do not buy. Whether buyers-to-let should enjoy tax breaks and whether rents should be regulated are quite different matters.
Facing these myths stand a few realities.
1 There is no “need” to build on rural land outside cities. Jobs, leisure and infrastructure are available in cities. We should not aid hypermobility with sprawl. Every city, in de-industrialising, leaves empty sites stuck in planning arguments or delayed decontamination. The London agents Stirling Ackroydhave identified sites for 500,000 houses in London without touching the green belt. People may like houses in the countryside, but that is preference not need.
2 The one massive reservoir of vacant residential property in Britain is under-occupied property and underdeveloped city land. London is awash with small houses and empty rooms, its residential density the lowest of any big city in Europe. Detached houses, spare rooms and gardens are the nation’s luxury.Britons had 1.5 rooms per person in 1981 and have 2.5 today, even as new housebuilding is declining. Freeing up this capacity should be the overwhelming goal of policy.

I’ve been happily renting my council flat for 24 years – but for how much longer?

Read more
3 Tax makes it worse, not better. VAT discriminates in favour of new building and against the conversion of existing properties. Stamp duty is a tax on transactions, and thus on downsizing and more efficient use of space. Council tax is wildly regressive, promoting wasted space. Inheritance tax relief rewards hoarding.
4 Planning control is too strict. Permitting an extra storey, apartment or back extension on every existing property would drastically increase density and capacity. London can grow higher without growing high.
5 The most effective way to relieve housing poverty is through housing benefit, at present chaotically administered. Cash payments are more flexible and fit for purpose. They should extend to a new “public sector Airbnb”, geared to bringing vacancies to market.
6 The only way to force down rents and house prices in the south is to strain every policy sinew to make London poorer and the regions richer. That seems too radical for anyone.

Another piece in the Guardian from earlier this summer
How and where did UK lose city-sized area of green space in just six years? | Environment | The Guardian

... is reflected in a comment on the District Council's draft Local Plan from the Campaign to Protect Rural England:

14 OCT 2015
“The most reasonable jobs-led (policy-on) scenario is therefore CR2 & EA2, using the DCLG 2012 headship rates. This leads to a dwellings requirement of 723 per year (13,014 over the plan period).
There is a further element which has not been sensitivity-tested, which is the 549 jobs number calculated in the Ash Futures paper in Feb 2015 (psd2015e). This relies on an over-optimistic calculation of job creation at the Exeter & East Devon Growth Point, particularly the major sites at the Science Park, Skypark and Intermodal facility. I raised queries about this at the hearing in July.
The Skypark Development Partnership (Representor 7169) stated in their representations that job development has been slow: “the reality therefore is that it has taken 5 years to secure the first B1/2 occupier on the site suggesting the site will take at least 20 years to complete”.
We also heard at the July hearing that development of the Intermodal facility has stalled and is unlikely to come forward in the near future, and alternative uses may need to be found.
Therefore the job creation at the Growth Point is very likely to be lower than that predicted in the Ash Futures paper, and the total number of jobs is likely to be less than 549/year which has been used in all the Edge Analytics scenarios.
The number of 723 dwellings / year should therefore be regarded as an upper limit, and a realistic figure would be lower than that.
I therefore disagree with the Council’s continued use of the housing requirement figure of 950/year, which is not supported by the evidence.”
Comments on the new evidence and submissions – September 2015
CPRE again challenges EDDC housing figures | East Devon Watch
.
.
.
Posted by Jeremy Woodward at 15:38