Following on from earlier postings
Futures Forum: Sidmouth as a dementia-friendly town
Futures Forum: The future of dementia in Sidmouth
in last week's Herald, the front page read:

SIDMOUTH business should lead the way and cater for all ages and disabilities if the town wants to shake off its 'God's waiting room' image, say civic leaders.

The town is campaigning to be more dementia friendly, but Councillors fear tourists could be alientated - and say everyone should be welcomed.

They said cash they are bidding for would be better spent on braoder awareness training for all disabilities - and it would set the standard across the country.

Speaking at Monday's (14th November) meeting, Council Chairman John Hollick said: 'We are a family-friendly town, we are a visitor-friendly town - but being a dementia-friendly town may do damage to tourism.

However, East Devon's over 50's make up 50% of the population:
BBC News - Research shows ageing population in parts of Devon

And Sidmouth will see a significant rise in the number of over-70's:
www.devon.gov.uk/sidmouth-projections.pdf

Torbay has been at the forefront of a campaign to become the country's first dementia-friendly town: 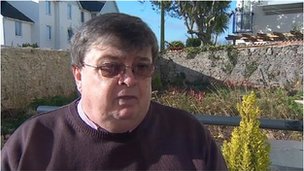 A man in the early stages of Dementia wants his home town of Torbay in Devon to become "dementia friendly".
Norman McNamara, a member of Torbay Dementia Action Alliance (TBAA), wants shops and businesses to recognise signs of the illness and help customers. He said he wants the resort to back the campaign and eventually advertise it to potential holidaymakers.
Torbay District Council said it supported the idea and could see both the resort and visitors benefiting.
Mr McNamara said he came up with the idea after he had had difficulty in a shop. "I went to pay and got a bit flustered, and I actually said to the guy behind the counter, 'I've got dementia just let me have a minute' and he just laughed at me and said 'oh yeah I've got that as well'."
'Avoid offence'

Mr McNamara said the man then apologised but "it's remarks like that which don't help". He said he hopes his proposals could be adopted across Torbay.
Chairman of Torbay Council, Derek Mills, said: "[It's] a winner for people with dementia, they'll be able to come to Torbay knowing that people in Torbay are aware of of it and they'll feel comfortable and we can benefit from that as a resort."
But Matthew Clarke, who runs a book and chocolate shop in Paignton, said although he supports the idea, care needs to be taken not to offend customers or wrongly assume they have dementia. "We do have customers who come in and order books on a repeated basis, we don't know whether they're just forgetful or whether they have dementia and it's not our business to ask them," said Mr Clarke.

The Torbay Dementia Action Alliance was born on the 12th January 2012, after a meeting with a dozen Torbay councillors and other representatives around Torbay.
A core steering group was formed and it was discussed how to raise awareness of this awful disease among retail businesses/ Tourism industry/ Public Services and travel services throughout Torbay with the eventual outcome being that Torbay will become the 1st dementia friendly area in the country.
Visit www.tdaa.co.uk for more information and list of Dementia aware places.
Dementia Aware | Torbay Towns


Whilst there have been similar moves in Budleigh Salterton:

Budleigh Salterton is to be encouraged by a new campaign to become a dementia-friendly community.

The campaign is being spearheaded by Mark McGlade of care provider Home Instead, based on a scheme set up by dementia sufferer Norman McNamara in Torquay. It will encourage traders in the town to bear in mind the needs of customers with dementia, but also seeks to involve the whole community.
There are currently around 880 dementia sufferers in Exmouth and Budleigh, and this number is expected to double in the next 20 years.
Mark said: “A lot of people in Budleigh [with dementia] are isolated, not going out into the community because society is not quite knowing how to deal with them. We’ve got to get an education programme for people in the community so they understand a bit more about it.”
Businesses who take part in the scheme will be given information about ways they can accommodate customers with dementia, such as giving them more time to count out their money, and not having a black doormat – which dementia sufferers may perceive as a hole in the ground. They will then be able to display a sticker saying that they are dementia friendly.
Mark said: “People would recognise ‘in this shop people are trained, I can go in and be looked after. “Businesses should consider it as it’s the right thing to do, and also if people with dementia aren’t coming into shops it’s not just them but families, carers, husbands. It will increase the number of people that come into town to shop, and the most important thing is it’s good for the social interaction that people with dementia really need.”
Mark says he has already received support from the Chamber of Commerce and Budleigh in Business, but he says it is not just about traders, but the whole town. “We will engage with church leaders, health professionals, the voluntary sector including Age Concern, the Alzheimers Society, Lions Club, Rotary Club, schools, local clubs and organisations, PCSOs, fire and ambulance services, town councillors, care homes, solicitors and local shops and businesses. It’s about making Budleigh a dementia friendly community. Business is part of that, but it’s also about all the societies and organisations that we have.”
Any businesses, voluntary groups, local organisations, carers groups or family members interested in supporting the dementia friendly initiative, or who would be interested in attending a free family workshop on dementia should contact Home Instead in Brook Road, Budleigh Salterton on 01395 200600, or visit their website at www.homeinstead.co.uk/eastdevon.
Call to make town dementia-friendly - News - Exmouth Journal

There has been a campaign to create dementia-friendly towns across the country:

What are dementia friendly communities?

The Prime Minister's challenge on dementia


Dementia-friendly communities can improve care and save money 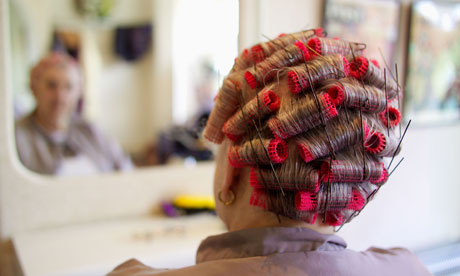 Central to creating a dementia-friendly Crawley is training. There are short courses for hairdressers, shop assistants and taxi drivers. Photograph: Darrin Jenkins /Alamy
The idea of dementia-friendly communities brilliantly encapsulates what a progressive care system could deliver, both for those who need support and for the taxpayer.
The concept is simple: to improve the quality of life for people with dementia and help them to become active members of the community. Making it happen involves bringing together every part of a community – health services, social care, transport, local businesses, charities and voluntary groups, the police, the fire brigade and local people.
Clinical commissioning groups (CCGs) are at the heart of the dementia-friendly drive, and their approach demonstrates how healthcare can and should extend well beyond the borders of the NHS. For some CCGs, the work around dementia builds on existing relationships formed to tackle different issues; shared efforts to reduce harm from town centre drinking, for example, involves many of the same professionals. The relationship between health and local government is key, as councils can provide much of the infrastructure needed to make a dementia-friendly community successful.
In West Sussex, the Crawley Dementia Alliance brings together GPs,mental health teams, community nurses, hospices, the borough and county councils, fire service, police, the Alzheimer's Society, Age UK and other local voluntary groups. The first step in making Crawley a dementia-friendly town has been to listen to residents living with the condition, and to their carers to understand how they can best be supported. This in itself is therapeutic, demonstrating to people with dementia that they have a voice.
Movingly, Crawley is planning a campaign of planting forget-me-not flowers, involving everyone from shops to places of worship. Intergenerational work is important; people with dementia will be going into schools to tell them how to plant and care for the flowers and explain what it feels like to have dementia.
Central to creating a dementia-friendly Crawley is training. There are short courses for shop assistants, taxi drivers and hairdressers, in-depth support for care workers and a major clinical awareness programme for GPs. Crawley is now setting up a joint research programme on dementia friendly communities with New Brunswick in Canada.
Scores of clinical commissioning groups are developing their own dementia-friendly communities, many with support from government funds following prime minister David Cameron's announcement last year of his Dementia Challenge, aimed at tackling all aspects of the disease.
Much of the power in the idea of dementia-friendly communities is the profound difference that simple changes can make. For example, an unsteady or confused passenger on a bus is typically drunk, so it is hardly surprising that, without training, a bus driver is likely to assume the same of someone with dementia. So thousands of bus drivers are now attending sessions to help them identify someone who might have dementia, to understand what it feels like for them to use public transport, and how small acts such as eye contact and personal warmth can make getting on a bus a less threatening experience.
All these changes take time and investment, but in the long term they will save the NHS and social care system a great deal of money, while improving the quality of life for many of the people living with the disease.
The most inspiring aspect of dementia-friendly communities is that it involves changing our attitudes and behaviour towards a condition that is frightening and difficult to comprehend. It encourages tolerance and thoughtfulness, as we try to see the world through someone else's eyes.
This article is published by Guardian Professional. Join the Healthcare Professionals Network to receive regular emails and exclusive offers.