"Statistics show us that small and medium-size businesses (including those in tourism) are our life blood."

There have been some high-profile job losses in East Devon - but from large employers:

Large businesses mean large problems when they come under stress


We hear today of another 500 job losses at Flybe, some of which will no doubt be in our area.  Not so long ago Sainsbury’s pulled out of  building a large depot near Cranbrook.  Other big businesses have tumbled in the south-west, particularly in Plymouth and Cornwall.
The fallen EDBF kept telling us (and EDDC faithfully sang in chorus) that our future lies with big business.  Statistics show us that small and medium-size businesses (including those in tourism) are our life blood.
When will we see EDDC giving the support to our small and medium-size businesses (including those in tourism) to the same extent that they supported their big business friends, most if not all of whom are currently taking advantage of the development loophole that having no Local Plan and no 5 year land supply have handed to them?

Flybe's new chief executive will cut another 500 jobs, the number of aircraft it flies and its route network in an overhaul that won immediate plaudits from the stock market but riled the unions.
The shares soared 40pc, rising 27.63 to 95.75p, as Saad Hammad put his strategic imprint on a carrier whose three-year stint as a public company has been punctuated by regular profit warnings.
“We are shrinking to grow,” said the former easyJet executive, who took over in August. “Even after phase one and phase two of the turnaround, our costs are simply too high.”
Flybe cuts another 500 jobs to 'secure future' - Telegraph

Flybe to cut 500 jobs despite return to profit 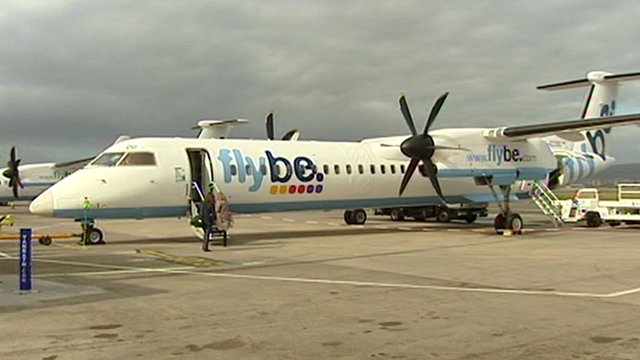 FlyBe boss Saad Hammad: "We have excessive costs which we must deal with immediately"
Continue reading the main story
Flybe, the Exeter-based airline, has announced plans to cut 500 jobs across the business, despite reporting a return to profit.
Pre-tax profits were £13.8m for the six months to 30 September, compared with a loss of £1.6m a year earlier.
The company said its turnaround plan was on track to make £40m of savings this year and £45m in 2014-15.
But the pilot's union, Balpa, said it was "shocked" by the decision to cut jobs. Flybe employs 2,700 staff.
BBC News - Flybe to cut 500 jobs despite return to profit

In June 2011 Sainsbury's announced "There will be indirect jobs, lots of opportunities for local companies..."


14 June 2011 Last updated at 15:18Continue reading the main story
Hundreds of jobs could be created after a supermarket chain announced plans to build a major distribution centre in Devon.
The Sainsbury's depot will be built at the new Exeter Gateway freight facility, subject to planning permission.
The company said the depot would employ about 450 staff, the majority of whom would be recruited locally. It said it hoped to open the facility before the end of 2012.
Planning approval for the depot is being considered by East Devon District Council's Development Management Committee later. The depot would initially serve 35 stores in the South West, including Devon and Cornwall.
'Big signal'

At the moment the nearest depot is in Bristol, which Sainsbury's said was almost at full capacity. Tim Jones, chairman of the Devon and Cornwall Business Council, said: "This is fantastic news. More than 400 jobs at this time in the market economy is brilliant news for Exeter. "It's a big signal about investment in Exeter. There will be indirect jobs, lots of opportunities for local companies."
Richard Bull, head of Economy and Tourism at Exeter City council, said other companies such as Waitrose and John Lewis were also planning developments in Exeter. He said: "They are a signal of confidence in the city's capability of growth and we hope we can continue with that."
The Exeter Gateway freight facility is part of a major proposed development east of Exeter to include the new town of Cranbrook and a science park. Planning permission to develop the freight site near Clyst Honiton was originally granted in 2007. The Sainsbury's development is dependent on an application to vary the terms of the original planning consent being granted.
BBC News - New Sainsbury's depot near Exeter could create 450 jobs

But last month, Sainsbury's announced a 'postponement' of their plans: 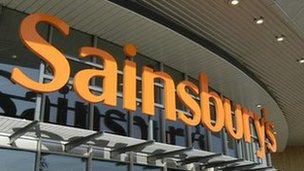 30 October 2013 Last updated at 14:15
Senior managers from Sainsbury's will decide by March next year what they plan to do with a development site which could create hundreds of jobs.
They were called to Devon to explain their plans after revealing in July the firm was postponing a new 500,000 sq ft distribution depot near Exeter. East Devon District Council wanted reassurances Sainsbury's would either sell the site or resume work on it.
The depot was to be built as part of the Exeter and East Devon Growth Point.
Continue reading the main story

Simon HallBBC South West Home Affairs Correspondent
Until work begins on the planned new nuclear power plant at Hinkley Point in Somerset, the Exeter and East Devon Growth Point remains the South West's biggest and most important economic development zone.
This pressure being applied on Sainsbury's to make sure a use is found for the depot site - and quickly - reflects a determination amongst the region's politicians, and in the business community, that the Growth Point is strongly supported and given every chance to be a success.
The Growth Point will incorporate science and business parks, a freight terminal, and the new town of Cranbrook.
The depot, near the Skypark development and Exeter Airport, would have supplied stores across south west England and created about 450 jobs.
A source at East Devon Council said the site was "too important for the area's economy to be left dormant" and the authority would be "very supportive" of plans to develop it.
At a meeting between the council and the retailer, the supermarket said it promised it would make a decision on what to do by the end of the first quarter of next year.
In a statement, David Mills, Sainsbury's head of property communications, said: "We have invested significant sums in preparatory works at Clyst Honiton and are now undertaking a review of the options about how best to use the space on the site.
"This includes the potential to bring forward development on the rear portion of the site. We intend to complete the review over the coming months and provide a progress update in early 2014."