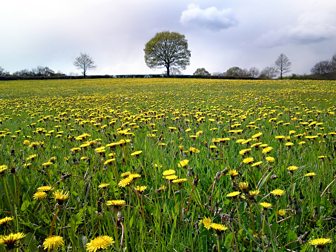 Clicking on the last link:


How to help wildlife 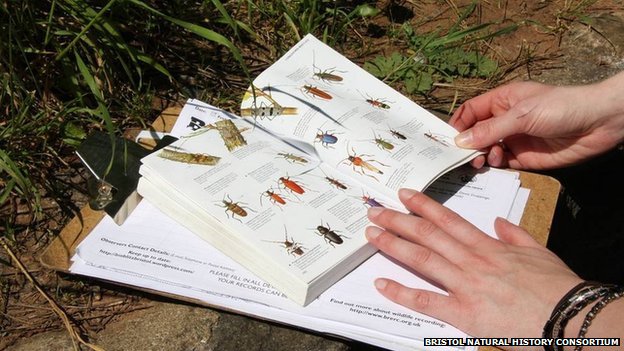 Continue reading the main story
In the past, bird-watchers and bug-hunters have been frowned upon by academics for just looking at wildlife, rather than studying it in depth.
A naturalist - previously considered an expert - is now defined as "an amateur concerned more with observation than with experiment" by the Oxford English Dictionary.
But in the 21st Century, experts are realising the potential of simple observations to provide essential data to help conserve our wildlife.
Continue reading the main story

PDF downloadGarden BioBlitz 2013[File size is 671Kb]
Most computers will open PDF documents automatically, but you may need Adobe Reader
Citizen science is making an impact.
The UK-Environmental Observation Framework has recently published a guide to citizen science, which it defines as the "volunteer collection of biodiversity and environmental information which contributes to expanding our knowledge of the natural environment".
This all makes it sound very serious but the key to citizen science is enthusiasm on a grand scale.
The UK is home to the world's largest wildlife survey: the RSPB Big Garden Birdwatch, held annually over a weekend in January. The public are asked to record which birds visit their garden during an hour and the results help the charity understand the health of our garden birds.
2013's survey received an enormous 590,000 records and previous results have helped to inform wide-reaching investigations, such as the State of Nature report which warned that as much as 60% of wildlife studied across the UK could be in decline.
Many of the most familiar citizen science projects are this kind of targeted survey looking at the population and distribution of particular groups, species or habitats. These take place in set time periods, often weekends, and can be repeated annually so scientists can identify longer term patterns. 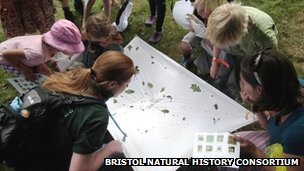 A "beating sheet" or upturned umbrella can reveal which insects live in a tree
For those with more time and who enjoy the added responsibility, there are also ongoing monitoring schemes of vulnerable species to accurately understand how they are faring.
One of the simplest ways to help out scientists is to conduct a BioBlitz on your green patch: counting all the life you can see within a defined square to track biodiversity. You can download a pdf of instructions on this page if you want to take part, titled 'Get involved: Garden BioBlitz 2013'.
The Bristol Natural History Consortium support organisations and voluntary groups running BioBlitz events across the country to get people closer to the wildlife around them.
"If you want to go out doing some bat surveys [at night] then you need some fairly high-tech kit but if you want to go out and investigate the wildlife in your garden... you can do a pretty good, comprehensive insect survey of a tree with nothing more than an umbrella and a stick," says Matt Postles, BioBlitz project manager.
"You can just tap on a branch, then the insects fall into your [upturned] umbrella underneath and you can take a look."
You can do a BioBlitz at any time and submit your results online. If you want to feel like part of the crowd, the mass Garden BioBlitz takes place over the first weekend in June and there are local events across the country throughout the summer where you can ask experts directly about what you discover.
"All the records that you collect as part of a BioBlitz feed into a national database which is used by all kinds of groups: whether it's for planning permission or if you want to do some conservation action on a site you can find out what's already there," explains Mr Postles.
If you're short of time, technological advances have made reporting easier and range from tweeting sightings of roadkill for Cardiff University's Project Splatter to uploading photos of diseased trees via a purpose-built app for the Forestry Commission's Tree Alert.
"There are lots of online tools where you can engage with experts and learn from them, so you don't necessarily have to be an expert yourself," says Mr Postle.

BBC Nature - How to do a wildlife survey and be a citizen scientist
.
.
.
Posted by Jeremy Woodward at 14:26