The pressures to build on green fields: in the Southwest - and across England

The former Poet Laureate and president of the CPRE has spoken out about proposals to build in the Slad Valley in Gloucestershire, home to 'Cider with Rosie' and writer Laurie Lee, whose centenary is being celebrated:


The fields of old England are being lost 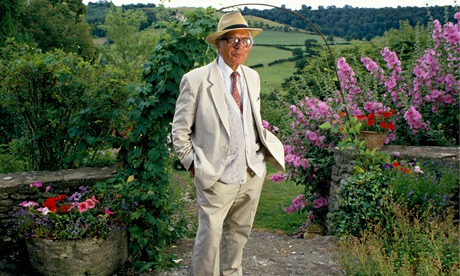 Government planning inspectors are deciding whether to allow developers to build a housing estate in the green fields of the Slad Valley where Cider with Rosie by Laurie Lee (pictured) is set. Photograph: Countrysidecollection/Homer Sy/Alamy

Today is the centenary of Laurie Lee's birth and a fitting moment to reflect on Cider with Rosie's evocation of an England "which saw, by chance, the end of a thousand years' life". Today, many feel the gigantic upheaval he witnessed is being followed by another, which is producing the biggest changes to the countryside within our living memories.

It is a defining moment, crystallised by a threat that faces Lee's countryside. Even as I write this, government planning inspectors are deciding whether to allow developers to build a housing estate in the green fields of the Slad Valley where the book was set. This is despite the local council's rejection of the plans. Similar things are happening all over the country.

David Cameron recently visited the valley and said he understood the book's "wonderful links with this very special part of the world". But on the subject of the proposed development, the prime minister observed: "New houses have to be built so we have to make choices about where they will go."

He is right: there is a choice. We need to build more homes, but our politicians are failing to show the vision and ambition of their predecessors – the men and women who acted to protect our commons, national parks, green belts and footpaths.

I understand that MPs are inevitably pulled towards the immediate wishes of voters concerned about economic growth. But politicians have always been beset by day-to-day challenges, not least the postwar governments, which faced huge problems of reconstruction but still managed to introduce protection for landscapes, nature and heritage.

We need to recapture some of that inclusive, progressive and enlightened thinking. It's not an alternative to sound economic and social policy; rather, it can be the foundation of such things.

Our democratic, locally led planning system was part of the great postwar settlement for the countryside – together with national parks and green belts – but it has been steadily eroded by recent governments. To address the problems the country faces, we will need more land-use planning, not less.

There are enough brownfield sites in England to accommodate 1.5m homes close to jobs, services and infrastructure. We must make these homes affordable, without compromising on quality.

Developing disused sites will both improve our towns and cities, and help us safeguard the countryside. This matters. Contact with the natural world is not just a pleasure, it's a necessity, and a part of what makes us who we are.

Englishness is tricky to define, not least because it tends to shun large gestures and rhetorical flourishes. But traditional attitudes, such as pride in our countryside, exist in a wonderful, big melting pot of Englishness, together with our pride in absorbing new cultures and our refusal to make Englishness an issue of race or birthplace.

Satish Kumar, Benjamin Zephaniah, Marina Lewycka and Anish Kapoor have all signed the Campaign to Protect Rural England's "save our countryside" charter. But too many politicians lack the courage to stand up for the countryside. That is a shame.

As we approach the general election next May, we should also give thought to the big, over-arching questions. How do we want to live? What sort of country do we want to live in? We should be thinking of houses as homes not investments, of other marks of national progress than mere economic growth, and of the importance to everyone's life of beauty and wellbeing.

The trick is to make the case for safeguarding the best of the past while allowing for progress and improvement. Rapid change threatens the sense of self, but successful cultures have always embraced the future. At the same time, we need to insist that some things are sacred, and the countryside is one of the most precious of all.

Andrew Motion is president of the Campaign to Protect Rural England. This is an extract from a speech he's delivering to its annual general meeting today

Next month will mark 100 years since the birth of Laurie Lee, who immortalised a special corner of England in 'Cider with Rosie’. Brian Jackman explores the writer’s old haunts in the Gloucestershire village of Slad

The countryside Laurie Lee immortalised, in the southern Cotswolds around Stroud and Painswick Photo: ALAMY

"That was the day we came to the village, in the summer of the last year of the First World War. To a cottage that stood in a half-acre of garden on a steep bank above a lake… and all for three and sixpence a week.”

It would be foolish to imagine that the countryside around Slad has not changed, or that rural life was better in Lee’s young days. Stroud has expanded. Roads are busier. Noise, pollution and development have all conspired to diminish its spell. Slad Valley lies within the Cotswold Area of Outstanding Natural Beauty, but that has not prevented property speculators trying to lay their hands on it. Sometimes it seems as if only the ghost of Laurie Lee himself has held them at bay, and there is still talk of plans to build a hundred or more houses at the foot of the valley. “Laurie would have been horrified,” said Kathy [Kathy Lee, Laurie’s widow].

This pressure is building up across the country.

Medway:
- where the struggle to come up with housing numbers are rather too typical of District Councils around the country.
It seems that in order to avoid 'inappropriate development in unsustainable locations', the Council must increase its housing target:

Medway Council has approved an increase in its housing target from 815 to 1,000 homes per year as an interim target, pending the delivery of a new Local Plan for the borough.16 Jun 2014

In November 2013, the Council withdrew its Core Strategy from examination in order to start work on a new Local Plan, on the recommendation of a Planning Inspector.

A site at which the Council had planned 5,000 homes had been designated a Site of Special Scientific Interest meaning that modifications required to the draft Core Strategy were "so significant as to amount to the plan being rewritten", the inspector had said in her report (9-page / 70KB PDF)...

A report from the Council officers (117-page / 3.8 MB PDF) said that ... the assessment was not expected to be complete before spring 2015. The report said that the Council had commissioned interim analysis from research firm Opinion Research Services in order to bring its interim five-year housing supply targets within the requirements of the National Planning Policy Framework (NPPF) pending the results of the full assessment. The analysis recommended an allocation of 1,000 homes per year, an increase of 22% on the 815 homes a year in the withdrawn Core Strategy, which the Council understood to be based on figures that were not in line with the NPPF.

In order to avoid increasing "the risk of inappropriate development in unsustainable locations", the report recommended that the Council approve the use of the updated target of 1,000 homes per year...