A report from Fathom Consulting dared to challenge the perceived wisdom over 'the housing crisis'
- with its research showing that "there is no housing shortage":
Futures Forum: “Policy makers should not use a perceived shortage in the supply of housing as a smoke screen.”

Over the weekend, BBC Radio 4 debated the issue of the
'housing crisis'
- but with the starting assumption that "we are simply not building enough homes":

Housing: Where Will We All Live? 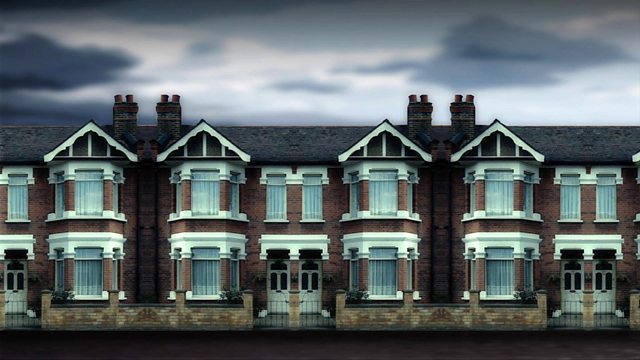 
It's been identified as the single biggest threat to the British economy: we are simply not building enough homes. In this debate recorded at the London School of Economics and Political Science, BBC Social Affairs Editor Mark Easton and a panel of guests discuss why the problem has developed and how best to fix it. They will hear the stories of people who are both desperate for new homes and from those who oppose wanton destruction of precious areas of countryside.


The Chancellor has challenged the public on this issue:

You want politicians to tell the truth? Well, listen to George Osborne. On Thursday night the Chancellor said: "The British people want our homes to go up in value, but also remain affordable; and we want more homes built, just not next to us." There, in 130 characters, is The Truth. We want incompatible things and, as Osborne went on to say, "You can see why no one has managed yet to solve the problems of Britain's housing market."

He made it as clear as he dared that there is a limit to what the Government can do – indeed, a limit to what people will let the Government do. This is one of those questions on which the gap between simple solutions and complex problems is at its widest. Usually, whenever the subject of house prices comes up, the response is to say, "Build more houses".

There are some practical solutions from estate agents Savills:
UK house-building crisis – and how to solve it | Business | The Guardian

And here from Reuters are some solutions which the public and politicians might find rather uncomfortable:
Six solutions for the UK housing crisis | Hugo Dixon

Last month, however, Simon Jenkins challenged the basic assumption that we need to 'build more houses':


The daily calls to build new homes are based on meaningless data, with little reference to actual demand or existing stock 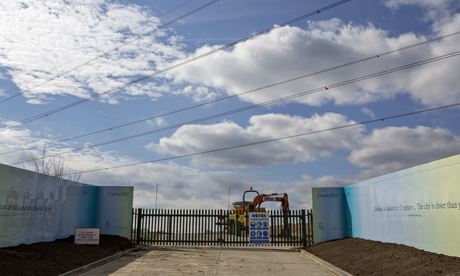 The proposed site of Ebbsfleet Garden City, Kent. ‘The poor have no ‘need' for executive homes in distant commuter land. They just want somewhere cheap to live near work.' Photograph: Graham Turner for the Guardian

Thus it was yesterday, as the Today programme's John Humphrys chided David Cameron for the "housing crisis" and for not building more houses in the Tory shires. It was like curing famine by sending caviar to Africa.

Meanwhile, everyone from Ed Miliband to the governor of the Bank of England screams crisis. There is a crisis when prices fall and a crisis when prices rise. Almost everywhere house prices are still bouncing along the bottom, but at London dinner parties they are a "bubble".

Most people would like a nicer house. That is not a "need" but rather a demand, and thus drives house prices in a free economy. But in Britain demand is not just for a nicer house: it is for an investment, a hedge against inflation and old age, a golden gate to otherwise impossible wealth. It is this that drives middle-income families into a frenzy, and has pushed up house prices in the south-east by some 9% in the past year.

Neil Monnery's Safe as Houses is one of the few sane books on the housing market I have read. It compares Britain's boom and bust with experience elsewhere in Europe. Germany is much richer than Britain, with ever rising wealth and immigration, and a cautious government. German house prices have actually fallen in real terms over half a century. There is a flourishing rental sector, regulated and with a degree of tenant security, while just 43% of Germans, mostly in middle age, own their homes. They invest their savings not in property but in productive industry, much to the benefit of the economy. Germany's housing stock, says Monnery, "is a stable, functional and affordable asset".

Or consider another housing pundit, Danny Dorling. His new book, All That Is Solid, emphasises that the central failing of British housing is chronic under-occupation, which is getting worse. The 1971 census return showed Britons enjoying 1.5 rooms per person. Today, with a larger population, the figure is 2.5. Small households were moving into larger properties and staying there, even when children fled the nest. The rich are simply storing money in surplus rooms.

Another economist, Rebecca Tunstall of York University, long ago stole a march on France's Thomas Piketty, in showing how housing has reflected income inequality. In 1981 the richest 10% of Britons had three times as many rooms as the poorest, while by 2011 the gap had widened to five times. The issue is wealth, not housing supply.

As Dorling concludes, "We cannot build our way out of the disaster of our current housing system." We should rather tackle "how to better share and look after what we have already got".

We still read daily nonsense about Britain "needing" to build 250,000 more houses a year to "hit a 1.1% inflation target" for annual price rises. These figures are near-meaningless. The need is based on crude household formation, with no reference to demand, price, migration or anything else.

Yet it is still seized on by newbuild lobbyists, such as the Home Builders Federation and Savills estate agency, eager to grab lucrative plots in the south-east. This in turn fuels panic about planning delays and drives young people into desperate over-borrowing.

A belief that more housebuilding nationwide will both meet "need" and drive down prices dates from the 2004 Barker review, which has guided policy ever since then. There is no proof of this thesis. As Monnery points out, more houses were indeed built, yet "real price increases actually jumped to 5-10% a year".

London also had a "crisis" in the seventies, when its population was plummeting. The reason was the same as in the United States and Australia, where houses were built with none of Britain's planning constraints and yet prices soared: reckless bank lending.

Building estates on greenfield sites – which is the current coalition policy – may delight free-market lobbyists and leftwingers eager to enrage rural Tories. But it wastes energy and infrastructure. It promotes commuting and destroys a dwindling environment. Housing "need" is in cities, where labour mobility and immigration are high and most poor people find work. The rejection of Labour's brownfield-first planning policy was the crassest of coalition innovations.

I may not go so far as Dorling in declaring: "We have built enough homes." But he and others are surely right to refocus on demand. Britain has a huge stock of empty and underused residential space, public as well as private. It is why Iain Duncan Smith's "bedroom tax" was in the right direction, however hamfisted its implementation. Council tax should now extend the principle to the private sector.

A policy for housing supply cannot lie in Eric Pickles's "war on the councils", in Nick Clegg's garden cities, or in planning minister Nick Boles's skirmishing across Cotswold meadows to win a handful of town houses. It lies in retrofitting old cities to modern demands. It cannot make sense to leave urban land derelict, in the south as well as the north, while commuter corridors sprawl into the surrounding countryside.

The wasted space in inner Manchester or South Yorkshire is comparable only to eastern Europe. Inner London's employment density is similar to New York's, yet its housing density is less than half. Housing supply in inner cities will have to rise to counter this glaring mismatch. The poor are the true victims of today's locked minds and political tribalism. They have no "need" for executive homes in distant commuter land. They just want somewhere cheap to live, near work.

Everything in policy seems the wrong way round. Stamp duty discourages transactions just when they should be encouraged. Limiting VAT relief to new construction discourages urban renewal. Council tax is regressive when it should be progressive, with higher bands taxing space as well as value.

Councils should be set free to develop and manage their low-cost estates. Tax incentives should encourage renting, co-ops and sublets such as Airbnb.

It may be true that income inequality lies at the root of housing inequality. As such both will always be with us. But housing policy should not make inequality worse.

Housing crisis? No, just a very British sickness | Simon Jenkins | Comment is free | The Guardian
.
.
.
Posted by Jeremy Woodward at 11:44