"But I recognise national parks and areas of outstanding natural beauty are called that for a reason. They have a special status, it is a status we must respect."

The Planning Minister has made it clear that fears for the future of the National Parks and AONBs
The plot to turn national parks into suburbia - Telegraph
Plans to relax building regulations in our national parks will spell disaster | Sarah Wollaston | Comment is free | The Guardian
Planning threats to England's most beautiful areas | News - Property News, News from the Countryside and Culture | Houses for sale, properties for sale - Country Life
... will not be realised:

Fears that the West Country's two national parks and its areas of outstanding natural beauty could have been desecrated by a Government initiative that would have given the go-ahead for barn conversions without planning permission have been laid to rest after it was announced that the concept is to be revised.

In a statement claiming the Government was "committed to reforming the planning system to make it simpler, clearer and easier for people to use", planning minister, Nick Boles said proposed policies concerning a building's change-of-use would not apply to national parks or areas of outstanding natural beauty.

But Mr Boles added he did expect national parks and other planning authorities to take a more "positive and proactive approach" to "sustainable development". He said such planning authorities should balance protection of the landscape with "social and economic wellbeing".

Bill Hitchins, chairman of Dartmoor National Park Authority, said: "This is excellent news for all of us who care for our national parks. We're delighted the Government's listened to the case we advanced not to allow uncontrolled development in the countryside. We'll continue to work to ensure that Dartmoor is a living, working landscape that we and future generations can enjoy."

Sarah Wollaston, MP for Totnes, who has been at the forefront of calls for the Government to revise the plans, said: "I'm delighted they've listened to the concerns because the unintended consequences were very serious."

The Campaign for National Parks also welcomed the announcement. Its chief executive Julian Woolford, said: "We recognise national parks are living, working landscapes and fully support the appropriate change of use of old buildings. The announcement means that national park authorities can continue to ensure this happens in a managed way through the existing planning system."

In response to a debate in the House of Commons last week Mr Boles acknowledged the "very powerful and very persuasive arguments" against his plans. He told MPs: "The intention behind the proposed permitted development right is to bring forward more housing in land that is already developed and to make maximum use of the buildings our ancestors saw fit to build so we don't have to put up any more buildings on green fields than is necessary to meet our housing and other needs. But I recognise national parks and areas of outstanding natural beauty are called that for a reason. They have a special status, it is a status we must respect."


For some further background on the issue:
http://www.claire-wright.org/index.php/post/boles_plans_for_building_willy_nillly_on_dartmoor_in_question

And for some comment with regard to the District Council:
Building free-for-all in National Parks? Boles has a solution … | Sidmouth Independent News

But not eveyone's happy with the government's change of heart:

The Minister’s decision was not universally welcomed, with the Country Land and Business Association saying that national parks would miss out on “many social and economic benefits” as a result of the late concessions.
National park bosses pledge to deliver homes - Yorkshire Post

Nevertheless, there is still a need for affordable housing in the National Parks and AONBs - and yet the pressures on Housing Associations are growing, making it more difficult to provide: 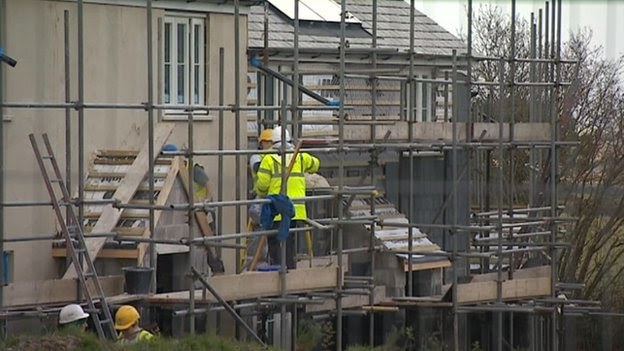 A policy which only allows affordable houses to be built in villages in a national park could be dropped because of a government funding squeeze.

Housing associations and developers claim funding cuts mean they are struggling to find the money to build the affordable homes.

As a result, the Dartmoor National Park Authority is considering allowing open market housing to be built.

The government said affordable homes were a priority.

Since the policy was introduced to the national park in 2008, 92 affordable homes have been built, but the target was 250.

Mark Wilson, from developer Bibio Ltd - which is building affordable housing in Holne on Dartmoor, said: "Government funding used to be in the region of £70,000 per unit until a couple of years ago, now it's in the region of £20,000, so you can see why it's more challenging for housing associations."

The consultation on the draft policy ended in February and the authority will vote in April.

Stephen Belli, planning director at the authority, said: "It's not a charter for developers and for us to have to allow open-market on every site in a village. It's not something we want to entertain... but it's something we are keeping an open mind on."

A spokesperson from the Department for Communities and Local Government said: "House building is an essential part of this government's long-term economic plan. Our £19.5bn affordable homes programme is well on track and exceeding original expectations, with almost 100,000 out of 170,000 homes already delivered. In addition, a new £23bn scheme will build up to 165,000 affordable homes over the next three years, the fastest rate for 20 years."

They added that by using more private sector funding than previous programmes the scheme would achieve "a better deal for taxpayers".