The State of Devon’s Nature  report was recently launched by Nick Baker at the LNP’s conference on Friday 7th March.  The report provides a ‘stock take’ of Devons priority species and habitats, as well as headline issues and successes.  Detailed information is given in the longer technical report or there is a summary report which provides headlines on the overall State of Devon’s Nature:

Our site has been designed to help you find out more about your Local Nature Partnership – Natural Devon – which is an umbrella body that brings together everyone with an interest in securing the benefits of our amazing natural environment. Explore our site to find out more about Natural Devon’s work, to keep up-to-date with the latest news and how the partnership develops, and, most importantly, details on how you can get involved.

Thanks to the alert from the SIN news blog:
‘The State of Devon’s Nature’ (2013) “should concern us” | Sidmouth Independent News

Meanwhile, the EDA news blog has alerted us to the dangers of building on farmland:

At a conference organised yesterday by the Devon WI (Our Changing Countryside. What does the future hold?), National Farmers’ Union (NFU) spokesman, Andrew Butler, warned of the dangers of “taking land out of the system, for urbanisation”.The NFU predicts increasing volatility in staples (rice, soya, wheat), leading to issues of food security and permanently rising food prices.There’s a need “to look more at the economic and social asset of farmland”, he said.
So the plan to lose two more East Devon farms to mass development seems seriously misguided. The urbanisation of Pinn Court Farm and Old Park Farm, (near Pinhoe and Westclyst), involves key players in the curiously collapsed East Devon Business Forum. What do EDDC officers think about this planning application? Details at this link:
http://sidmouthindependentnews.wordpress.com/2014/03/17/the-special-development-management-committee-meeting-express-and-echo/
“They’re not making new farmland,” warns NFU. | East Devon Alliance


There are real anxieties about proposed developments across Devon:

Pinn Court Farm Pinncourt Lane Exeter
Comments (2)
PLANS for around 1,200 houses on a green wedge on the outskirts of Exeter, have caused outrage among nearby residents.
Building is already under way on a 450-home development, including shops, a primary school and a 250-space park-and-ride on fields at Old Park Farm, Pinn Hill, between Pinhoe and the village of Westclyst.
In East Devon District Council’s draft local plan, 800 houses are recommended as an “urban extension” at Pinhoe split between the site at Old Park Farm and across the road at Pinn Court Farm.
But, at a special meeting of the district council’s Development Management Committee on Tuesday, March 25, two separate applications, by two different applicants for a total of 780 houses are being considered.

Outrage at plans for 1,200 houses on green wedge on outskirts of Exeter at Old Park Farm, Pinn Hill, between Pinhoe and the village of Westclyst | Exeter Express and Echo 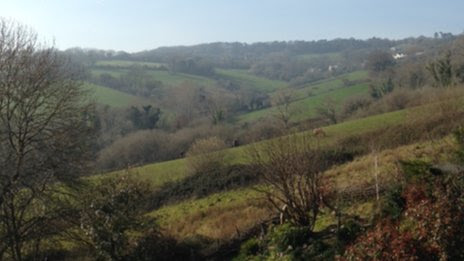