The government itself has been encouraging debate:
Onshore wind and energy security | Govtoday

However, there are confusing messages coming out...

On the one hand, this is from the trade press earlier this week:

Community Energy England: Community ownership requirement is not a burden

By Peter Bennett
|
The government’s proposed requirement for renewable developers to offer ownership of plants to communities should not be seen as a burden, according to Community Energy England.
Recent government proposals call for developers to offer communities the opportunity to invest in local renewable projects. The Queen’s Speech in June introduced the concept of Community Electricity Right which could force developers to offer investment opportunities in local projects through legislation.
CEE director Philip Wolfe explained why he thinks the proposals are a positive step for the industry. He said: “We understand why some commercial companies believe it will act as a drag on their developments. That’s why CEE is setting up a platform to help them find project-ready partners in the community sector. We hope and expect that most developers will recognise how this change can benefit their projects; and will engage positively, rather than trying to water down the proposals.”
The government’s Shared Ownership Taskforce has recommended three options to boost community ownership of renewable projects. CCE summarises the options:
“The taskforce has made an excellent start with this report,” comments Kathy Smyth, policy director CCE. “The focus on genuine ownership models through established community organisations is welcome. While supporting these key features, our response will also call for a higher level of ambition. It is crucial that commercial developers genuinely embrace the voluntary scheme, so that government doesn’t need to fall back on the legislative powers it is sensibly putting in its back pocket.”
CEE is organising a seminar on the benefits of shared ownership in London on 18 September in order to allay developers’ concerns.
Community Energy England: Community ownership requirement is not a burden | Solar Power Portal

Whilst a different picture is presented in this Friday's Guardian: 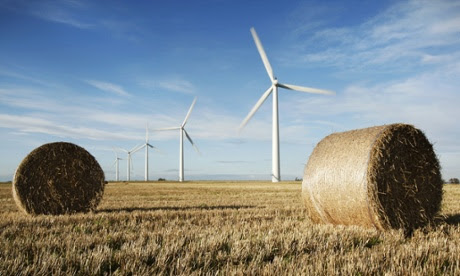 The future of community-owned green energy projects that ministers say are crucial to break the dominance of the ‘big six’ is being put at risk by the Financial Conduct Authority, according to co-operatives and the Labour party.

Thousands of towns and villages have clubbed together around the UK in recent years to set up energy co-ops to generate clean electricity from wind turbines and solar panels.

Ed Davey, the energy secretary, last year visited a community solar scheme on a tower block in south London and has said he “want[s] to see nothing short of a community energy revolution”, while the former climate minister, Greg Barker, said such projects were needed to “break the grip of the dominant big energy companies”.

But in the past six weeks the FCA, which registers new co-ops, has blocked several new energy co-op applications on the grounds that they would not have enough member participation, despite having authorised previous ones set up along the same lines.

Tom Greatrex, shadow energy minister, sent a letter on Friday to Martin Wheatley, the FCA’s chief executive, warning that the shift in the FCA’s attitude put the future of co-operative energy in the UK at risk.

“David Cameron’s government talk a good game on community energy – but the reality is that future energy co-ops are being put at risk by a change of approach by the FCA. This sudden change threatens a model that combines the twin goods of decarbonisation and community involvement in energy,” said Greatrex. The FCA must urgently reconsider their approach – and Ed Davey needs to wake up and get a grip to prevent lasting damage to the prospects of more community energy projects in the UK,” he added.

Mike Smyth, chairman of Energy4All, which helps community groups set up energy co-ops, said that six weeks ago “completely out of the blue” the FCA stopped registering new energy co-ops, and had blocked six to eight applications that he was aware of.

“It has put a complete block on the development of this area of mutual activity, without any adequate explanation and showing a huge misunderstanding of what’s going on. The energy sector is completely appropriate for mutual involvement – there is huge amount of mistrust in energy companies – and they’ve [the FCA] put all that on hold. The government’s policy is that all new renewable energy generation from next year should be partially or more owned by a community energy organisation. And the FCA is actively undermining this policy by removing the most appropriate business for that. It makes things more difficult, stifles innovation, and precludes participation by people in the energy sector.”

A spokeswoman for the Department of Energy and Climate Change said: “We are well aware of the matter with the FCA and have already met with them to discuss the changes. We are now working with the FCA to ensure the right balance is struck between member protection and realising the enormous potential of community energy.”

At the heart of the issue is the question of whether energy co-operative members participate actively enough in the co-op. To register a co-op, FCA rules require a mutual to show participation which it lists as “buying from or selling to the society”, “using the services or amenities provided by it” and “supplying services to carry out its business”.

But unlike a co-op shop, which can sell direct to its members, energy co-ops are too small to apply for licenses that would mean they could sell electricity from a wind turbine directly to members – instead, they usually sell to the national grid via a broker, and divide the profits between members.

In the letter to Wheatley, signed by Greatrex, Mark Lazarowicz MP and Claudia Beamish MSP, it says: “We understand that there has been some ambiguity about the meaning of the word “participation” in ascertaining whether a project is a bona fide co-operative. Participation is clearly more than just a narrow question about whether the product of the co-operative is traded solely with members.

“There may be other forms of participation that the FCA has not considered. So long as this question remains open, we do not believe that the FCA can reasonably move to block future cooperative energy projects.”

Communities can apply for a separate mutual model, known as Community Benefit Societies, but Smyth said such societies were “less flexible” and “less appropriate”.

An FCA spokeswoman did not confirm whether there had been a shift in the authority’s stance towards energy co-ops, but said: “One of the conditions for registration is that the applicant must be a bona fide co-operative society where members participate in its business. When applicants cannot demonstrate this to the FCA, in accordance with the [Co-operative and Community Benefit Societies] act, we cannot register them.”

because one does not have a competitive product freely convertible currency using the means of this simple paper acquisition process takes two minutes to complete the online form to send a request must be in the same time of your request for funding will take you.