On the River Otter: First ever video of a wild beaver in England... but two and a half years ago...

Following on from the nationally-covered story
Futures Forum: On the River Otter: First ever video of a wild beaver in England
a statement has just been received by this blog - which raises a few questions...

The recent nationwide media coverage on television,national and local newspapers and radio with headlines such as that in the Daily Mail stating "First wild beaver spotted in England for 800 years” made a good stories, but unfortunately, in several respects, were factually incorrect.

BBC Spotlight Southwest July 6th 2011 showed a film and an interview with Michael-John Kennaway (who has beavers in a secure area at Escot) and me about the beaver which visited, and I watched,on my large pond on at least two days July 4th and July 5th when it was filmed there by a friend. (I have a copy of this showing). 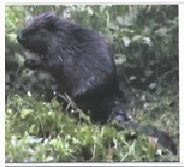 The story was also reported in The Sidmouth Herald in its July 15th 2011 edition and is currently on the Sidmouth Forum website, but unfortunately this does not mention the beaver having been filmed. There was also an article in August/September Tipton Times.

At the time of “my’’ beaver visit I was reliably informed that beavers had been seen in the Otter Valley since 2007 and on July 10th 2011 there was a sighting of a beaver “6.30 a.m. this morning on the River Otter, 1/4 mile down stream from Otterton Mill, sitting on the far bank chewing the cud  whilst being watched by dog walkers’’ and another – 5.30 a.m. 13th July 2011, near a bridge in Ottery St. Mary. (These last two sightings were reported to Escot at the time)

Apart from the more recent sightings near Budleigh there was the sad story of a beaver being seen in a distressed state in the River Otter at Ottery in May 2012. It was rescued, but died, its body was sent to the Animal Health and Veterinary Laboratories Agency In Bristol and I have a copy of the post mortem which states that it died from acute pneumonia and it was an adult male, weighing 18.5 kg.

Which leaves me with the question - was the beaver that died the one which visited my pond or was it the one that has been the subject of the recent publicity? If so, its current cautious behaviour is quite different from when it was seen here when it was completely un-fazed by three of us standing about 15ft. away when we had superb views as it swam about and climbed partially out of the water on to the island facing us. It had a scratch, preened its front and then smoothed its whiskers! It then climbed completely on to the island, ate some of the vegetation and enabled us to see its paddle-shaped tail confirming it was a beaver. We felt it was a great privilege to have seen it.

I hope this contribution has helped clarify some aspects of (and added to) the beaver story!


Other media have been a little more accurate:
Rare Wild Beaver Photographed In Britain – For Only The Second Time 500 Years (PICTURES)
Rare wild beaver seen by a spotter on the River Otter - ITV News

Here is the original report from the Sidmouth Herald - from July 2011:

Diana Bowerman , News EditorWednesday, July 13, 2011
A BEAVER is on the loose in the Tipton St John area.
The lone animal was spotted and videoed by a resident on an island in the middle of the large pond in her garden.
Now John Michael Kennaway of Escot Park, who introduced a pair of beavers to the park in 2007, has offered to co-ordinate any sightings of the beaver and, if necessary, trap it and re-home it.
When pensioner Wendy Pounce first saw the beaver, she thought it was an otter. Then she realised how big it was and saw its large paddle of a tail.
She said: “They are nocturnal and I sat watching it for two evenings from 8pm to about 9.30pm, hoping it wasn’t going to gnaw any trees down.”
She invited friends in who videoed it, but the next day it had vanished.
“We saw it preening itself and sorting out its whiskers. We had quite a good view of it and it was eating vegetation.”
Wendy called John Michael to see if one of his had escaped, but both are safe behind electrified fencing.
He said: “This is quite a rare and privileged sighting. They are quite solitary animals. It is not breeding time, that is winter, and they have their young in May.”
He said they could grow to 30 kilos but were no danger to people or animals.
“They are 100 percent vegetarians and not dangerous. They wouldn’t attack a person or dog, just chew your trees down if they are within 15 metres of water.
“I would be pleased to hear of any sightings to form an idea of its movements and what it is doing.”
Anyone who sights the beaver should call (01404) 822188.
Beaver on loose in Tipton St John - News - Sidmouth Herald
.
.
.
Posted by Jeremy Woodward at 12:30