There has been some controversy about the felling of nine mature trees overlooking the town:

DEFERRED to obtain further details and information regarding
> the condition of the trees,
> possible danger to neighbouring properties and
> any alternative management plan from the Arboricultural Officer who would attend a meeting of the Committee to present the report.

The Herald reported the arguments for and against the application: 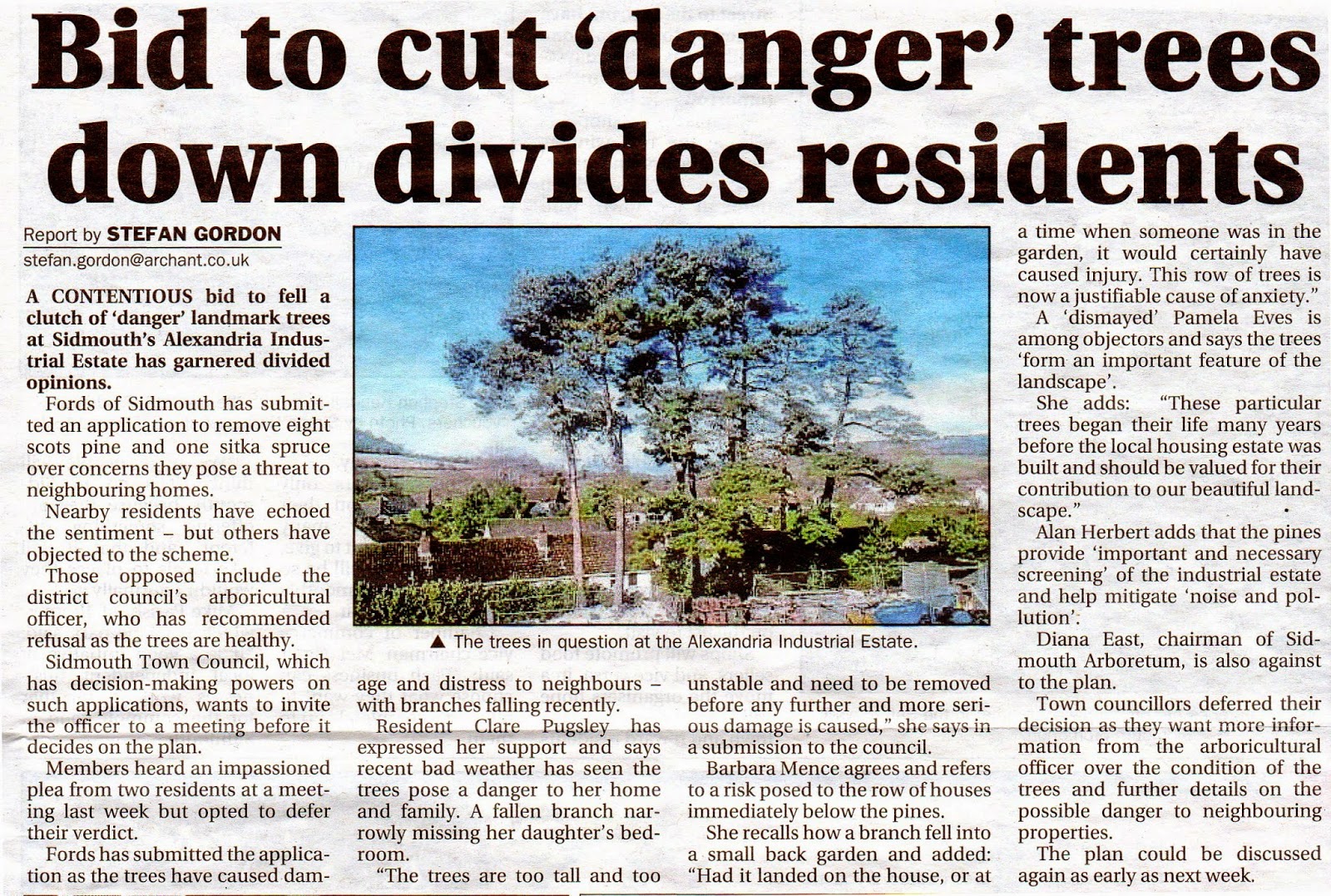 There is also the question of the ‘legalities’ of overhanging branches from neighbouring trees - of whether, should a neighbour’s trees pose a problem, the ‘dangerous’ branches should be removed – either by the person affected or by the neighbour.

A tree is the responsibility of the owner of the land they grow on, regardless of who planted them. If a tree causes damage, the owner may be liable.

Dangerous Trees
If you are concerned that a tree is diseased or damaged and poses a danger due to having fallen, or being at risk of falling, you should contact the owner of the land on which the tree is growing. If the land belongs to the local council, contact them to request that the tree is cut down or pruned.
If you are unable to contact the land owner or they refuse to take action, contact your local council's Environmental Health Office. The owner is not under any legal duty to take action, but will be liable if a tree they knew to be damaged caused damage to Property or injury to a person.
As prevention is often better than waiting for damage or injury to occur however, the Environmental Health Office may be able to invoke the Local Government (Miscellaneous Provisions) Act 1976 if the tree poses an immediate risk to Property or people. This allows them to serve notice on the land owner to make the tree safe. If they fail to do so, the Environmental Health Office may undertake this work themselves. The land owner would then usually be charged for any gardening required.

In 2010, Sidmouth Town Council became the first authority internationally to declare the entire area under its jurisdiction as a ‘civic arboretum’:

Sidmouth was proud to have been declared the first "civic arboretum" in the country, celebrating the magnificent heritage of old trees around the Sid Valley.
Sidmouth mans the barricades - Telegraph

The proposal was put forward by the Sidmouth Chamber of Commerce and supported by the Sid Vale Association.
Sidmouth Arboretum tree database project - News - Sidmouth Herald

It is now a well-established and well-supported organisation:

Meanwhile, there are proposals for a similar project - but for the metropolitan area of London: 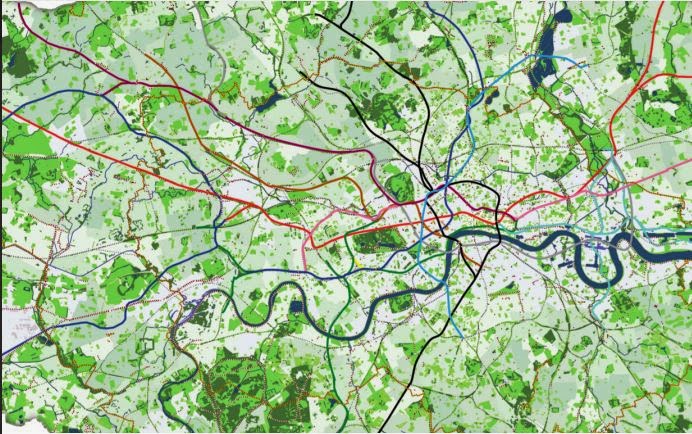 Five reasons why London should become a National Park

1. Representation
Urban life is just as important as remote rural life, and city dwellers, habitats and landscapes deserve to be conserved, enhanced and promoted too. After all, most of the population doesn’t access traditional national parks.

2. Sustainability
Smart cities invest in their green spaces and infrastructure because they contribute to the health, wellbeing, happiness and productivity of their inhabitants, and not just the human ones.

3. Public health
Green space, contact with nature and recreation can all have positive effects on people’s mental and physical health.

4. Social cohesion
Parks are spaces for people to meet, work and play.

5. Economic benefit
Some of the best places in national parks are off the beaten track.

Five reasons why London should become a National Park | Design Council
.
.
.
Posted by Jeremy Woodward at 11:45