Transition Network: Sir David King on climate change as "the biggest diplomatic challenge of all time"

The April newsletter from the Transition Network

focusses on climate change issues in the wake of the winter storms:

Published on April 3, 2014 by Mike Grenville
in
This month sees a new Digest which brings together all the articles on the theme of the month. REconomy relaunches its website and has a job offer, Transition Free Press gets ready to relaunch, ideas of reusing stuff, saying goodbye to supermarkets and a school dips in its river. Plus new training, the World Roundup and of course much more.

The Transitioners Digest
Our theme for March was 'Living with Climate Change', which we explored from a variety of angles. The month was framed by an opening editorial which reflected on how different the storms of 2014 felt from previous extreme weather episodes and reflected on the response to the storms from various quarters. It is fitting that our theme drew to a close on the day the latest IPCC report was published.
For all these stories above and an overview of what we've covered, the highlights and some key insights: The Transitioners Digest (March) | Transition Network

April's theme is "what is the impact of Transition and how do we know?"
Read more here »

This month's series: The impact we're having. This month we're asking Transitioners around the world to share one thing their group has done that has had a noticeable impact locally.
Today we hear from Stephanie Hofielen of From the Ground Up, the vegetable box scheme set up by Transition Town Kingston. "We earned ‘Commended’ from the Time & Leisure Eat & Drink Awards 2013 for SW London & Surrey, and from the Kingston Business Excellence Council for 'Best Green Business 2013'".

April's theme is "What is the impact of Transition, and how do we know?" 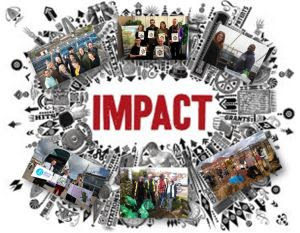 How can we know the impact we're having, and what do we even mean by "impact"? Is there an evolving 'evidence base' to support the Transition approach? Join us as we rummage around inside this month's theme.
Read our editorial: On Transition's impact and re-imagining the road to Paris 2015 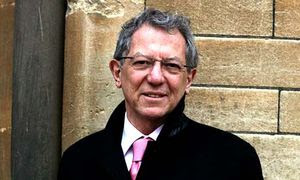 Sir David King, Special Representative to the UK Foreign Secretary on climate change talks to us about "the biggest diplomatic challenge of all time", the need for leadership and the role of communities.
Read more here.