For last year's climate change day, the Vision Group held a 'climate conversation' on the seafront:

SidEnergy joined in the climate change debate with others on the Esplanade in front of the Lifeboat station.
If you couldn’t make it on the day you can still sign the petition online by following this link:
www.secure.avaaz.org/en/100_clean_51/?bUhlIab&v=44462

This year, together with SidEnergy and the Science Festival, it is doing so again - to coincide with the opening of the UN climate change conference: 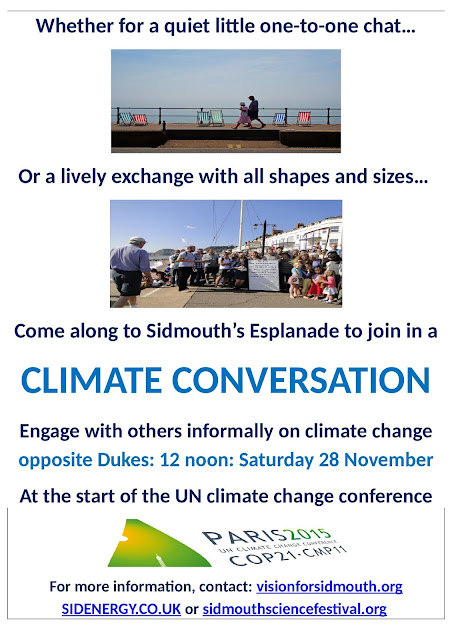