A year ago, the District Council put together a 'TAFF' to look at its policy on trees:
Futures Forum: Protecting trees in East Devon: District Council Tree committee meeting: Friday 5th December

Unfortunately, the committee became rather mired in the 'politics of trees': 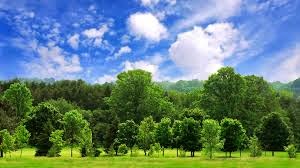 Who would have thought that trees in #EDDC would be politically dangerous! But there again in #EDDC it would appear that anything and everything that the Conservative majority Group can’t control and direct is deemed politically dangerous. So, the story about trees, politics and #EDDC is –


http://www.claire-wright.org/  #EDDC agreed set up a tree scrutiny task force. Yes, I know that this sounds rather innocuous but frankly anything that involves Claire Wright and trees must be politically suspect, after all she is the Woodland Trust’s https://www.woodlandtrust.org.uk/ tree champion for Devon. If you follow this link to the Woodland Trust you will see what a politically subversive lot they are.


Great, #EDDC having set up this task group then set about doing nothing to hold any meetings. Then low and behold one is called for 5 December 2014. Not bad only 14 months to organise a meeting! Must be something#EDDC Conservatives don’t really want to happen.

Anyway, Claire Wright turns up at the tree scrutiny task group meeting along with one of our other local politically dangerous #EDDC Councillors Roger Giles. As does, “on message” Conservative Councillor Tony Howard.


One would think that this task force might first of all set about electing one of their number to chair the task force. But you would be so wrong! Before the meeting even started Councillor Howard had been “appointed” by Councillor Tim Wood (no relative to the tree family), Chair of the  # EDDC Overview and Scrutiny Committee. Guess which political persuasion they are!?


Oh dear, we knew that it would all end in tears when at the meeting Claire Wright proposed Roger Giles should be the Chair. The matter was deferred to the next meeting – probably so that the Conservative Group could muster its troops to attend with their block vote.


Then the tree scrutiny task force set about discussing the scope of its remit. That is very politically taxing! This was fine until Claire Wright (her again?!) proposed that the Local Plan (now that is politically taxing!) be part of the remit. After much argy bargy the Chair, you recall its Conservative Councillor Tony Howard, announced that he had had enough and was closing the meeting! That will teach Claire Wright!


But wait, the two pesky independent Councillors then tried to get those present to agree a date for a further meeting. Now this is tricky as the task force has to conclude its scrutiny in 26 March so that it is all done way ahead of May’s local elections. So, when is the next meeting? Yup, 26 January!!


Hang on though, it’s not all over yet! Councillor Howard decides to throw a spanner in the works by resigning!

One way or another the #EDDC Conservative Councillors are throwing all they can at Claire Wright and her independent allies, even when it comes to talking about trees!


Read all about this #EDDC farce, and weep, at -

However, things then settled down a little.

Here is the overview from the District Council on the work of the committee:

Evaluation and protection of Trees Task and Finish Forum

The Scrutiny Cttee meeting on 25th June asked for a report after six months of the TAFF:

9 Report of the Tree Task and Finish Forum (pages 6 - 17)
Report back from the forum set up by the Overview and Scrutiny Committee to investigate the main threat to trees in the district, and evaluate appropriate action to robustly defend them. The report will be presented by the forum Chairman Councillor Mike Howe.

This is from the minutes of the meeting:


5. Final report of the Tree Task and Finish Forum

Minute 5
Councillor Mike Howe was unable to attend the meeting to present his report.  The Chairman read out an email to the Committee from Cllr Howe highlighting recommendation 10 in the report on developing a Tree Strategy.
The Chairman thanked the Strategic Lead for Housing and Environment, Service Lead for Countryside and Leisure, and the Senior Arboricultural Officer along with other officers for their contribution to the Forum.
Questions and debate from the committee on the report included:
RECOMMENDED:
11. That the Arboricultural Service work with other relevant EDDC services and its partners to develop a programme of education to widen the public’s knowledge of trees and their value within the environment.
RESOLVED:
that, assuming agreement of the recommendations by Cabinet, the committee receive regular updates on the implementation of the recommendations listed.

And here is the District Council's planning guidance on trees, updated in September:
Trees and development - East Devon