The government is conducting a consultation on proposals to amend its controversial National Planning Policy Framework:
Futures Forum: A solution to our housing problems: broaden the definition of affordable housing >>> consultation on NPPF starts
Futures Forum: A local plan, a neighbourhood plan & a 5-year housing plan >>> all 'effectively overruled' >>> 'any future developer can propose to develop sites with as many houses as they wish'

The government has extended a consultation on proposed changes to the National Planning Policy Framework (NPPF) following concerns that the previous consultation period was too short. 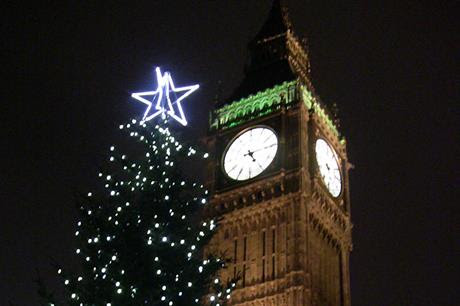 Earlier this month, the Department for Communities and Local Government (DCLG) published the consultation, which set out its thinking on a range of planning policy proposals, including the proposed housing delivery test intended to ensure town halls deliver the homes set out in their local plans.

In a letter to the communities secretary Greg Clark, the communities and local government select committee chair Clive Betts called for the consultation, which was meant to run until 25 January 2016, to be extended by a month.

Betts said that many of the consultation proposals "affect significant issues of public policy, which should be the subject of informed debate".

Earlier today, the committee took to twitter to announce that the consultation had now been extended. It said: "DLCG to extend #NPPF consultation to 22 February, as requested by @CommonsCLG".

A statement on the committee's website also said that its deadline for the submission of written evidence for its inquiry into the proposed NPPF changes would be "likely to be extended as a result of the extension of the Department's consultation".

A spokesman for DCLG said: "This government wants to deliver the homes this country needs to ensure anyone who works hard and aspires to own their own home, has the opportunity to do so. We are always willing to listen to a wide range of views and have decided to extend the consultation period to take account of the select committee’s inquiry."

This follows on from considerable pressure for the government to allow for more time:

A consultation into proposed changes to the National Planning Policy Framework will be extended by a month following concerns raised by the chair of an influential select committee.

The consultation will now run until 22 February.

He wrote: “The government launched the consultation without warning, rushing it out this week so that the period for responding to it is largely taken up by the Christmas and New Year holidays. The fact that many stakeholders are already deeply engaged in the government’s Housing and planning Bill, currently going through the House of Commons, suggests that these stakeholders may not have the resources to produce considered responses to the consultation. An extension would allow the opportunity for the proper, informed, public debate these issues deserve.”

The CLG Committee will be holding an inquiry early next year into the proposed changes to the National Planning Policy Framework.

The proposed changes include detail on a new ‘housing delivery test’ for councils, measures to encourage increased building on Green Belt land and a wider definition of affordable housing to include Starter Homes. The inquiry will focus on these areas.

Mr Betts said the proposed changes were “quite significant steps forward” and a move to build on the Green Belt would be “potentially controversial”. He said he was concerned about the “impact” on local decision-making which he said was at odds with the government “still claiming it’s got a localism agenda”.

As reported earlier this month:

The chair of the communities and local government select committee has called on the government to extend a consultation on changes to the National Planning Policy Framework (NPPF), expressing his concern over its timetable.