The Freedom of Information Act and East Devon >>> >>> "This council spends a large amount of taxpayers' money on FOI requests."

The District Council has quite a history when it comes to the FOI Act:
Freedom Of Information Act…more on proposed restrictions | Save Our Sidmouth
Futures Forum: The Freedom of Information Act and East Devon >>> >>> the story continues

At this evening's full council meeting, the Leader declared that "This council spends a large amount of taxpayers' money on FOI requests."
Council - East Devon

Or as the Herald reported a couple of years ago: "Claire Wright has expressed concern that the Council's all-Conservative cabinet has 'made decisions to spend hundreds of thousands of pounds of taxpayers' money' without residents present or able to see the associated documents."
Futures Forum: Knowle: Freedom of Information requests: Relocation Working Parties

Or as Roy Greenslade said in the Evening Standard last month: "The only way to know whether taxes are being properly spent, authorities are acting appropriately and government is behaving wisely is by winkling information out of public bodies."
Futures Forum: The Freedom of Information Act > and 'generating stories'

Or as Maurice Frankel, head of the Campaign for Freedom of Information, told MPs this week:
“(They) talk about the 'burden of FoI' – some of the burden is caused by authorities trying to resist disclosure beyond the point at which they should simply accept the decision.”
Ministers blow £30,000 trying to keep Tory ex-Health Secretary Andrew Lansley's diaries secret - Mirror Online

Or as the Daily Mail divulged yesterday on its front page:


Humbling of Sir Cover-Up: Crushing blow to Cabinet Secretary's bid to keep you in the dark as top mandarin demands MORE transparency


125
View comments
Britain’s top civil servant was savaged yesterday over his plans to restrict the public’s right to know.
Sir Jeremy Heywood – dubbed Sir Cover-Up – has claimed the Freedom of Information Act is hampering the smooth running of government.
But yesterday his predecessor Lord Kerslake insisted this was wrong – if officials felt a ‘chilling effect’ it was ‘largely in their heads’. 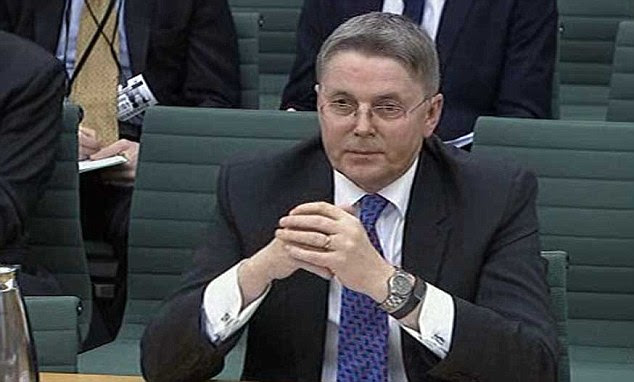 +4
Sir Jeremy Heywood – dubbed Sir Cover-Up – who has claimed the Freedom of Information Act is hampering the smooth running of government
Lord Kerslake, who was pushed out of his post as head of the home civil service by Sir Jeremy, said the act should be strengthened rather than watered down because public trust in government was plummeting.
‘The default is to conceal, to hold things back,’ he said. ‘We have, in my view, a yawning gap between the governing and the governed in this country. The only way we can restore that trust is to become more accountable, not less. Anything which seems to restrict that accountability is a false move.’
Lord Kerslake accused ministers of double standards for seeking to restrict public access to information while at the same time leaking stories to the media. He said it was absurd for Chris Grayling, the leader of the Commons, to claim journalists were abusing the FoI Act in their pursuit of stories.

Share
And he dismissed suggestions that government should charge for information requests, pointing out that Whitehall spends £150million on PR but just £6million on the FoI Act.
He strongly criticised the composition of the government-appointed commission set up to review the FoI Act, saying it largely comprised those who had spent their lives ‘defending institutions, not challenging them’.
Lord Kerslake was replaced by Sir Jeremy after a two-year experiment in which the home service chief’s role was split. At the time, civil servants were furious that he had been subjected to a ‘whispering campaign’ that culminated in his departure in autumn 2014. 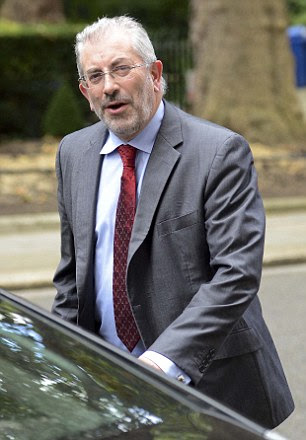 +4
Lord Kerslake, who was pushed out of his post as head of the home civil service by Sir Jeremy, said the act should be strengthened rather than watered down
Yesterday he made his comments before a cross-party review on the future of FoI legislation. The review has been established by Labour to put pressure on the Government not to water down public access.
FoI laws, which have been in place for 15 years, helped to expose the MPs’ expenses scandal and the existence of Prince Charles’s ‘black spider’ letters to ministers – along with countless other cases of abuses of public trust and money.
But Whitehall wants to dilute the Act, by allowing more exemptions for policy discussion and by charging for requests. There is a growing backlash against the plans after it emerged last week that town halls and NHS trusts had united in a ‘sinister’ bid to crush the public’s right to know.
Some 30,000 members of the public, campaigners, civil society groups and journalists have submitted their views to the Government’s own review of the legislation. Such is the scale of the response, the process has been put back by several months.
Lord Kerslake was head of the home civil service between 2012 and 2014, but was rumoured not to get on with Sir Jeremy.
He was also understood to have a poor relationship with ministers, and had to deal with off-the-record briefings that he was not pushing forward civil service reform.
Last year his job was taken over by Sir Jeremy, who added it to his existing role as Cabinet Secretary.
In September, Sir Jeremy told an audience in Whitehall: ‘Clearly there are some extra costs that come with the Freedom of Information Act, there are some chilling effects, there’s no doubt about it whatsoever.’ But, appearing before the cross-party committee yesterday, Lord Kerslake said this was not the case, because the Act gave exemptions allowing private discussions during the policy development phase to be kept secret.
He pointed to official figures showing that when members of the public appealed against attempts by the civil service to deploy such exemptions, only 2.7 per cent of cases succeed.
‘If people are experiencing a chilling effect it’s largely in their own heads, not in the reality,’ he said. ‘The Act is now a mature piece of legislation with perfectly predictable outcomes.
‘The far greater challenge is the fact that information is routinely leaked by special advisers and ministers.’
Lord Kerslake said he would oppose any moves to charge the public for making FoI requests to central government.
‘The Government spends well in excess of £150million on communicating what it wants to communicate,’ he said. ‘FoI costs about £6million. There is plenty of balance in the system.’ 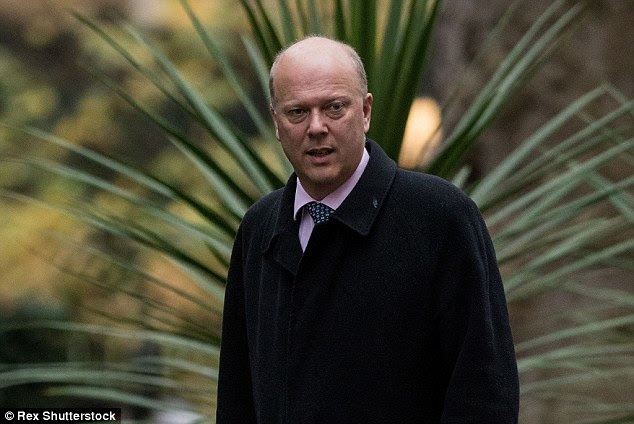 +4
Lord Kerslake also said it was absurd for Chris Grayling, the leader of the Commons, to claim journalists were abusing the FoI Act in their pursuit of stories
He said government should be transparent with its information as a matter of course, not just when ministers and officials deem it expedient – such as when Sir Nicholas Macpherson, the permanent secretary at the Treasury, disclosed details of the effect of Scottish independence on the economy.
‘We can’t have a position where we pick and choose,’ he said. ‘We should have an open system.
‘The mindset is that the act is a burden. It is an additional thing that civil servants have to do. There isn’t anyone who would calculate [the savings].’
Shami Chakrabarti, of civil rights group Liberty, said: ‘The Freedom of Information Act is an important safeguard against the abuse of state power.’ She attacked the ‘speed and ease’ with which politicians drop their support for the FoI Act once they gain power.
Maurice Frankel, director of the UK Campaign for the Freedom of Information, questioned why the Government had not put in a submission to the independent commission reviewing the FoI Act.
He suggested this was because ministers knew that the commission, which is stuffed full of opponents of the FoI Act such as former home secretary Jack Straw, will do their bidding. Jonathan Isaby of the Taxpayers’ Alliance said moves to dilute the Act were extremely concerning.
‘Taxpayers have a right to know what is being done in our name,’ he said.
He said the Government should extend the Act to cover private firms who receive large amounts of public funding. He claimed the failures of Kids Company could have been avoided had right to know extended to that charity.
An FoI request revealed that one council employs an astonishing 77 press officers – despite repeated claims from local authorities that they are short of money.
Manchester City Council has the largest communications department in the country, according to an investigation by the Press Gazette. It used the Act to discover town halls employ at least 3,400 press officers and other communications staff.

Whitehall has spent up to £30,000 trying to keep the diary engagements of a former Cabinet minister secret, it was claimed yesterday.
The sum has been spent on legal fees in a bid to stop details of Andrew Lansley’s diaries being made public. 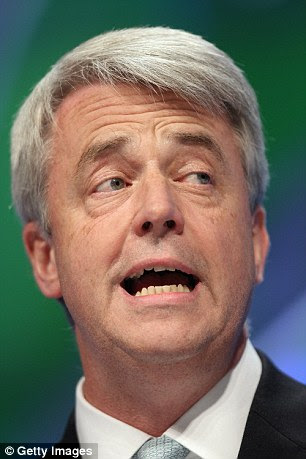 +4
Whitehall has spent up to £30,000 trying to keep the diary engagements of a former Cabinet minister Andrew Lansley secret, it was claimed yesterday
Campaigners have been fighting for years for the release of the files relating to the former health secretary who was in office between 2010 and 2012 – and is now a Tory peer.
They want to see which lobbyists and private health firms he met in the run-up to his controversial NHS reforms, which critics said opened the door to further privatisation.
A Freedom of Information tribunal in April found the public have every right to see Lord Lansley’s and other ministerial diaries.
But the Government took the case all the way to the Court of Appeal.
Maurice Frankel, of the Campaign for Freedom of Information, said: ‘We’ve seen a series of appeals on a decision regarding Andrew Lansley’s diaries. We’ve asked for the costs of the Government’s legal advice, which they’ve refused to disclose.
‘I estimate the costs are probably close to £30,000 – and still going up.’
It is not the first time Whitehall has spent tens of thousands in legal fees to keep information secret. The Government spent an estimated £400,000 on the bid to keep Prince Charles’s so-called ‘black spider’ memos from being published.
And three years ago, the then education secretary Michael Gove was told emails he sent from a private account should be subject to the Freedom of Information Act.
Information Commissioner Christopher Graham said Mr Gove’s messages dealt with departmental business and therefore should be covered by the law. Mr Gove had used an account named ‘Mrs Blurt’ to discuss Government business with advisers.
The Department for Education eventually backed down and released the emails.
Mr Frankel said it was ironic that ministers claim FoI laws are too expensive to administer and must be scaled back, while blowing vast sums of taxpayers’ money on court cases to keep information private.
He added: ‘[They] talk about the “burden of FoI”. Some of the burden is caused by authorities trying to resist disclosure beyond the point at which they should simply accept the decision.’