National Park for East Devon and Dorset: next stage pt 2


And a source informs that:
"It also now has the provisional support of the Heart of Devon Tourist Board."
Home - heartofdevon.com

However, the District Council is not so sure: 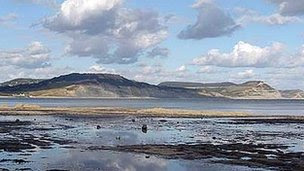 The proposal would include the Jurassic coastline

Plans for a new national park could put "enormous pressure" on housing, according to a local council.
The area in Dorset and East Devon has been proposed by a group which wants to connect a number of protected sites.
East Devon District Council has recommended councillors oppose the plans, saying they would result in a loss of planning powers and could restrict growth.
A final decision will be made by Natural England.
The proposals, put forward by Dorset and East Devon National Park Group, include the Areas of Outstanding Natural Beauty (AONB) in East Devon and the Isle of Purbeck in Dorset.
'Protect and preserve'
Paul Diviani, leader of the district council, said: "We are quite happy with our AONBs - we are more than happy with the designation as it stands.
"We are a beautiful place, there is no need to put a designation for the sake of it.
"We're never worried about powers, or losing powers, sovereignty is not an issue in this case."
However, Mr Diviani said if the authority was to lose its planning powers it would put "enormous pressure" on others parts of the district which were not designated.
He said: "National Parks are areas where people will operate on the basis that they protect and preserve rather than conserve and enhance."
Natural England said it had not yet received an application for the park.
There are nine national parks in England plus the Norfolk and Suffolk Broads, which have equivalent status.
BBC News - Housing fears for Devon-Dorset national park proposal

Meanwhile there has been controversy over the proposed extension of National Parks elsewhere. The BBC video below reports that: "Visitor expenditure will benefit small businesses," but farmers and landowners have "real concerns about restrictions on development." Natural England have said that development would have "different outcomes."

Cumbrian farm that could become part of a national park

6 June 2013
A public inquiry has begun into proposals to extend the boundaries of the Yorkshire Dales and Lake District National Parks.
Natural England has agreed plans to extend both areas to encompass an additional 162 sq miles (420 sq km).
The proposed expansion would see areas including Mallerstang and Barbon brought into the Yorkshire Dales and Borrowdale added to the Lake District.
Jenny Hill reports from a Cumbrian farm which could become part of a national park under the proposals.
BBC News - Cumbrian farm that could become part of a national park

Concerns have been voiced about the impact of National Park designation on house prices in East Devon. To quote from a comment on the Sidmouth Independent News blog:
Great news for house prices. They should rocket! As per Dartmoor and Exmoor NPs have shown there will be real difficulty getting affordable housing built. So no young families to disturb the rich retired… Job done. But one or two issues needed re IHT planning for increase in capital due to house values – but hey nice problem to have… Roll on NP…
‘Powerful Marketing Opportunity’ for East Devon and Dorset? New National Park proposed | Sidmouth Independent News

And there does seem to be a point:
House prices in National Parks 'surge'
The only way is up for the Downs - Telegraph
Park life: At home in Britain's unspoilt countryside - House & Home - Property - The Independent
Extra £90,000 needed to live in a National Park | Alex Johnson | Independent Property Blogs

However, on the SIN blog, it has been suggested that the pressure on housing is in fact decreasing:
When the discussion turned to how many new homes are needed, Dr Margaret Hall pointed out that the 2011 Census shows that the East Devon population was 4,000 fewer than had been projected, according to the Office of National Statistics. Moreover, the ONS projection for 2011-2021 now has a reduced estimated population by about one third. Speaking on behalf of the East Devon arm of the Campaign for the Protection of Rural England, she based her talk last night on the following points: East Devon CPRE at Talaton meeting 5th June 2013
East Devon population growth much lower than predicted | Sidmouth Independent News

In other words, this seems to be a national problem and not one confined to National Parks. To quote Lloyds-TSB first:
"The quality of life benefits associated with living in the some of the country's most scenic destinations resonate strongly among many homebuyers. Such destinations are also popular with those looking for a second property. As a result, properties in National Parks typically trade at a significant premium to homes in neighbouring areas.
The downside of high property prices is that homes are often difficult to afford for those living and working in such locations; a situation that has got worse over the past decade as prices have risen sharply."
House prices in National Parks up £328 a week in ten years | News | Property Reporter

In order to protect local residents from the inflated prices, the Affordable Rural Housing Commission had also called for further restrictions on the right to buy in protected areas and a new tax on second homes.
Russell Jervis, Managing Director of haart comments: "It is widely known that property prices in an area of outstanding natural beauty are inflated but this research reveals the extent the desirability of living in any of the twelve National Parks in England and Wales has on the housing economy, which interestingly conforms to the North-South property divide. People in the South have to pay a higher price for beauty as the demand is much higher and there is relatively much less protected land.
"With the inflated house prices, the parks face the worry of lack of affordable housing as growing numbers of second home owners push up prices beyond the reach of the locals. National Parks have a careful balancing act to perform to ensure that development is sustainable, meeting the needs of the present and protecting the needs of the future.
Locals priced out of the market in National Parks areas

And East Devon has had a serious lack of affordable housing for some time now - and that is well before any new designation...
.
.
.
Posted by Jeremy Woodward at 14:59