National Park for East Devon and Dorset: the issues

Debate is under way about the proposed National Park. In recent exchanges, these are amongst the issues:
> On the face of it, it sounds like a wonderful idea.  However, some people who have lived in a National Park (Dartmoor) have fairly strong views that living in a national park with all its restrictions makes life very difficult, for everyone. Might this be a good topic for another public debate, with all points of view represented?
> Have to be careful here over what one hears about the restrictions imposed by yet another level of bureaucracy. Perhaps OK for blanket conservation of what is here now but I don't think that it will help with our aims of Sustainability in any shape or form. How would we develop even small scale energy sources or put up greenhouses (dare I mention polytunnels) for food production? Is it true that NPs prevent householders or farmers putting solar on their roofs? Sounds far too restrictive to my way of thinking.
> I am a supporter but as indicated there is some strong opposition. I understand one argument it is about governance ie genuine concerns about who makes decisions, no voice for community, non elected control group... So I am a yes with a caveat on how it is controlled giving communities a say.
> We need long term conservation of the area and the NP will provide extra protection against the place becoming a clone of everywhere else. Remember EDDC policy is development before landscape, - they don’t do planning or sustainability!

Looking at the issues:

Re sustainable development, Dartmoor NP had a bad record 10 years ago: Champion of green homes bows to planners | Environment | The Guardian
But this might have changed: Sustainable Development in Dartmoor National Park | Tavistock People which talks of cash for the renovation and refurbishment of a water turbine, a feasibility study into the viability of a prototype vertical axis wind turbine for commercial distribution etc.
Plus BBC News - Park authority money for sustainable Dartmoor projects and Grab a grant as we celebrate 10 years of sustainable development funding on Dartmoor
NP status doesn’t ‘stop development’, however: www.sevenarchitecture.co.uk/media/pdfs/48c87725e48aa50dfddc7be5c24f94d6.pdf
As for polytunnels, the info is mixed. A planning application was turned down in 2005 Enforcement case (ENF/0317/05)
but a grant has been awarded for others:
Funding totalling £5,000 has been provided for the Camphill Devon Community Ltd to develop food production through land-based day-care activities. In partnership with South Devon Rural Housing Association, the community will undergo an expansion of supported living accommodation at sites in Buckfast and Buckfastleigh and this project aims to develop existing food production areas including a new polytunnel and thepurchase of an all terrain vehicle suitable for disabled drivers.  Funding for Sustainable Development on Dartmoor
NP status ‘allows space’ to promote sustainability issues: this site from the newest NP is perhaps a bit twee but makes the point: The Sustainability Centre - Welcome
Here are some very critical letters, but from 2006. Things might have changed since then, though:
National parks are by no means universally supported and respected (In praise of ... national parks, January 30). On Dartmoor negative consequences of national park status are similar to those in other areas... There is no overall plan for renewable energy production, excessive tidiness has caused many historic structures to be swept away, and an urbanising and ineffective traffic management scheme has been imposed Our park authority is a comfortable mediocrity rather than a sharp-edged, imaginative and environmentally beneficial body. The concept of national parks is an anachronism based largely on an urban view of the countryside, rather than a deep understanding of the particular qualities and resources of a place. Tom Greeves, Chairman, Dartmoor Society
Our national parks may be a "product of democracy at its best" but democratic they are not. Park authorities are ruled and policy dictated by appointed councillors mainly from outside the parks; in our case by Staffordshire, Derbyshire, Cheshire, South Yorkshire, Tameside and Stockport. There is no accountability. The planning authority, in trying to conserve the park, is causing depopulation by allowing little development - ruins of houses are denied planning permission. Young people have to move away because houses are too expensive and there is little attempt to provide affordable housing. Those that remain must abide by rules that dictate the colour of window-frames (brown) and the type of trees that can be planted (native species only; no sycamores). When the New Forest park was set up comments reported in your newspaper (New Forest to be a national park, June 29 2004) included: "We don't trust English Nature and other quangos ... They come along with their toytown degrees in conservation and say 'We will look after it'. They ignore our views and treat us like peasants." We in the Peak park know just how they feel. Roz Cullinan, Buxton, Derbyshire
Letters: Gorse, grass and Chinese granite | Environment | The Guardian

There is concern about a 'democratic deficit':
In December 2009, Natural England proposed extending the National Park in the direction of the Yorkshire Dales National Park.[5] This would include land of high landscape value in the Lune Valley. The proposal was opposed by Cumbria County Council who said it would lead to less democratic control and would make local housing less affordable.[6] A public inquiry is being held into the proposals which will require a decision by the Secretary of State.[7] Lake District - Wikipedia, the free encyclopedia
Although much of the opposition comes from Local Authorities concerned about losing powers: see Futures Forum: National Park for East Devon and Dorset: next stage pt 2

But the most interesting discussion has come out of the campaign for National Park status on the South Downs: 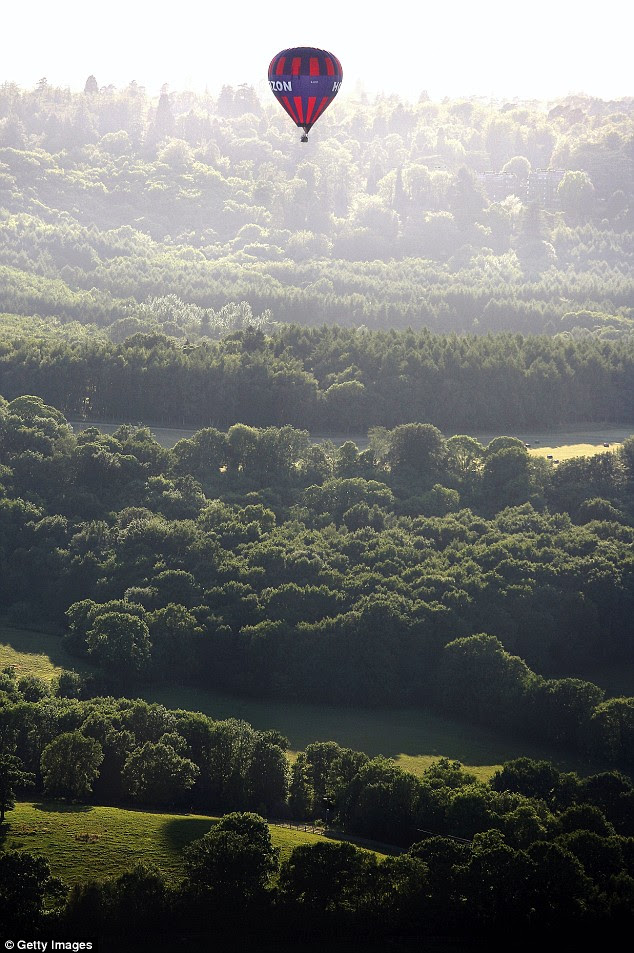 But critics warned that the National Parks' stringent planning rules would bring misery and expense to homes and businesses. Under these rules, applications for new homes, extensions and even conservatories can become mired in red tape. Planning decisions will be taken away from 15 elected local councils and handed to a new Park Planning Authority
South Downs becomes Britain's newest national park... but will it be a forest of red tape? | Mail Online

South Downs National Park – Background
Plans to give the go-ahead to create a national park in the South Downs were finally unveiled in 1999 by the Government.
The South Downs have always been regarded as a special part of the English countryside. Two Areas of Outstanding Natural Beauty, Sussex Downs and East Hampshire, currently cover the area.
When it asked the Countryside Agency to look again at the designation of a South Downs National Park, the Government highlighted the importance of providing countryside recreation opportunities close to where people live and called for more of the downland to be restored.
Controversy
A war of words about the merits of national park status for the South Downs has raged for decades between conservationists and councils.
Environmental lobby groups have campaigned for a park for years, saying the famous landscape and its rare habitats for birds, animals and insects were being destroyed by intensive farming and development.
But the decision to finally grant their wish was greeted with fury by many councils in Sussex, unhappy about planning decisions being taken out of local hands. Fourteen councils lobbied Deputy Prime Minister John Prescott not to create a national park.
Opponents say park status will not deliver the desired protection for the countryside, predicting increased visitor numbers will cause traffic congestion and erode the chalk downland.
Worthing Tory MP Peter Bottomley echoed the opinion of many colleagues when he said the decision was "not welcome in Sussex". Mr Bottomley said: "Democratic representatives at county and local level wanted a conservation board that would be more democratic and better for the South Downs."
Meanwhile, West Sussex County Council promised to "fight vigorously" against the park which it said would be a "disaster for local people". The most outspoken opponent of the proposals, the county council accepts the need to protect the Sussex landscape but says it would be better achieved through a locally-agreed authority that did not wrest planning control away from democratically accountable councils.
National parks
The Government says a national park will raise the area's status and provide greater access to funding to ensure the Downs are protected and continue to be regarded as a national treasure.
A national park authority will be set up to encourage co-ordination and joint action to protect the Downs and to take action itself where needed.
Protection
For conservationists, the national park cannot come soon enough. Pressure from development, especially from house-building, farming and tourism, threaten the long-term future of the Downs.
As an AONB, the Downs are not given the same level of protection they would have as a national park, but placed where they are in the South East they already perform many of the functions of a park.
The Government regards national park designation as the highest status of protection of landscape and scenic beauty.
By law, national parks must conserve and enhance their natural beauty, wildlife and cultural heritage, and promote opportunities for public enjoyment and understanding.
Major developments in national parks should be in the public interest and normally include an assessment of:
> The need for the development in terms of national considerations, and the impact on the local economy of allowing or refusing it
> The cost and scope for developing elsewhere
> Any detrimental effect on the environment and the landscape and the extent to which it should be moderated
As an AONB, the South Downs are covered by weaker protection laws.
The primary objective of AONBs is conservation of the natural beauty of the landscape.
Environmental effects will be a major consideration in planning decisions and it would normally be inconsistent with the aims of AONBs to allow major industrial or commercial development.
Only proven national interest and lack of alternative sites can justify an exception.
In depth news analysis and comment on the fight to have the South Downs designated a national park
.
.
.
Posted by Jeremy Woodward at 08:20