The Yew, the Sycamore and the Ash

In the first of two programmes about British trees, Richard Mabey is in Hampshire to tell the natural and the cultural history of the Yew, the Sycamore and the Ash.
His journey takes him from Gilbert White's village of Selborne down into the New Forest. He gives an account of these favourite British trees not only in terms of what they have contributed to the landscape but what their uses have been and what part they have played in human history, mythology and religion.
From the 3000 year old Yew to the recent resurgence of young elm after the devastation of Dutch Elm disease, this is also a fascinating glimpse of the tenacity and resilience of trees in the wild.
BBC Radio 4 - Mabey in the Wild, Series 2, Episode 1 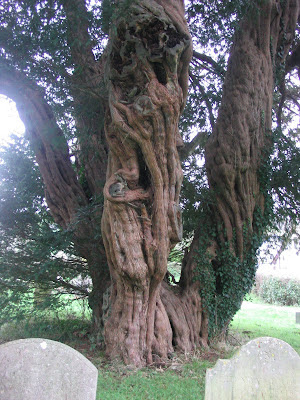 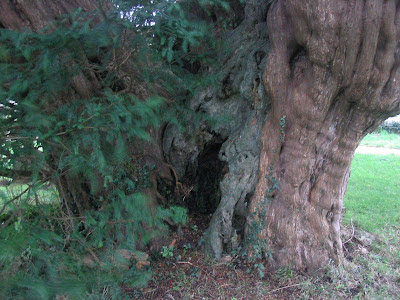 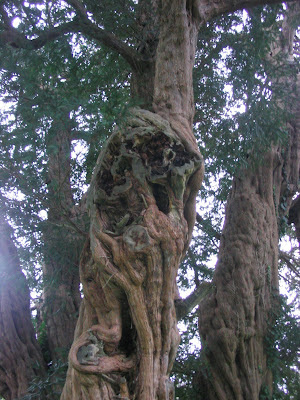 Some photographs of the yew tree at Church Green near Farway taken some time ago now.It does seem that the only way these trees survive is by being in such out of the way places.Set in a good level churchyard near some fantastic hills and views this tree has lots of interesting serpentine structures.There is also another old yew tree in the same churchyard. With all respect to the people living nearby this place is not really on the way to anywhere and is probably all the nicer for it.Apologies for not posting lately, lots of computer trouble.
POSTED BY JOHN AT 12:54 AM
Paintings Art etc.: Farway Yew


Devon in June, from Fairing's Parish:

"This is everyone's favourite tree.  A lot of people consider sycamores to be weeds because they're hard to get rid of, but even those people love this tree.  There's a photo of it in the pub.  It's not unusual, it's just a really really good tree." 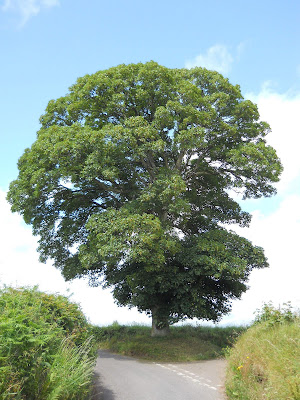 "Sometimes I worry that we're all too fond of this tree."
Fairing's Parish: Devon in June


x
BBC Radio 4 - Mabey in the Wild, Series 2, Episode 1, The plight of the unloved sycamore