There are several local connections to climate change science.

Nature is a prominent interdisciplinary scientific journal. It was first published on 4 November 1869.[1] It was ranked the world's most cited by the Science Edition of the 2010 Journal Citation Reports and is widely regarded as one of the few remaining academic journals that publish original research across a wide range of scientific fields.[2]


The creation of Nature 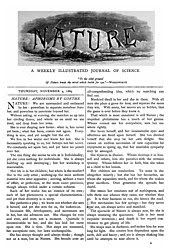 First title page, November 4, 1869
Not long after the conclusion of The Reader, a former editor, Norman Lockyer, decided to create a new scientific journal titled Nature,[11]taking its name from a line by William Wordsworth: "To the solid ground of nature trusts the Mind that builds for aye".[12] First owned and published by Alexander Macmillan, Nature was similar to its predecessors in its attempt to "provide cultivated readers with an accessible forum for reading about advances in scientific knowledge."[11]
Nature (journal) - Wikipedia, the free encyclopedia 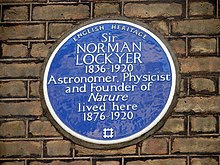 And the journal has considered climate change very seriously over the years:

Lisa Palmer
Investment in disaster risk-management practices is small, with the allocation of financing distributed inequitably among the most fragile countries. Nevertheless, loss of life can be prevented when climate disaster prevention is integrated into international development aid.

The hydrological cycle influences the development of societies, as well as human lifestyles and well-being across the globe. How climate change might affect the timing and variability of precipitation, along with the resulting floods and droughts could significantly impact agriculture, water resources and natural ecosystems. In this web focus, we present a variety of articles, including original research, that highlight trends in precipitation and flooding under climate change.
IMAGE CREDIT – KEVPIX/ALAMY 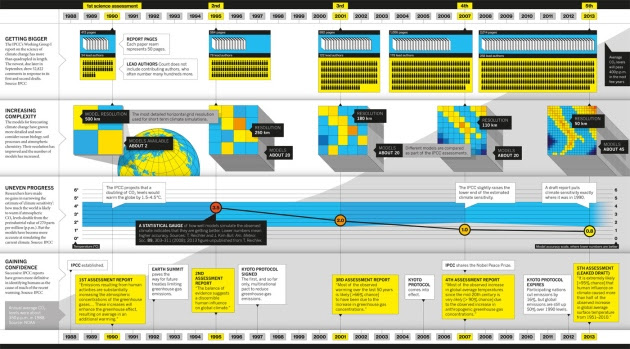