Plans for Port Royal: a winter garden design from Sweden

"Bright and airy", a correspondent has suggested that the new Kvillebäcken market hall, in Gothenburg, Sweden, would make suitable winter garden building for Port Royal. 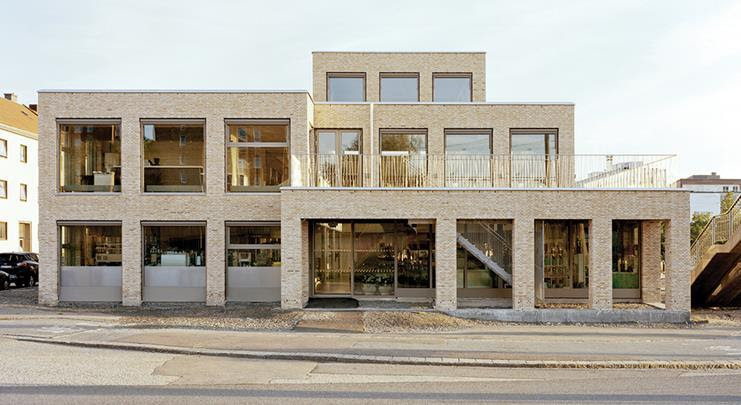 The Kvillebäcken Saluhall in Gothenburg by Swedish practice Gustav Appell Arkitektkontor is a new market hall designed as an open and non-hierarchical public building comparable, the architect says, with a railway station or library.
This flexible space has three main entrances as well as a number of secondary ones so that the building is perforate to the surrounding street life.
The scheme was won in open competition and forms part of a new urban development, Kvillebäcken, with the market hall providing the link between the new buildings and the existing fabric around the local tram stop, close to the centre of Gothenburg.
At the entrance level there are shops and market stands, with restaurants and cafés at first floor level looking down on the busy activity below.
A final top floor forms a large, storey-height skylight. The profile of these three floors steps asymmetrically, allowing the afternoon sun to reach a new market square sited adjacent to the hall.
The building’s exposed pre-cast concrete frame is clad in the yellow brickwork typical of Gothenburg. The bricks are water-struck and formed to the thinner proportions of the Danish Flensburg format.
A series of special bricks with glazed ends draws attention to the English bond of the brickwork. The repetitiveness of the fenestration allows future alterations to form new openings or block in existing windows without changing the overall character of the facades.
The primary load-bearing structure of pre-cast concrete uses a standard system that has been adjusted to provide a refinement to the details, while retaining the simplicity of the ordinary panels. 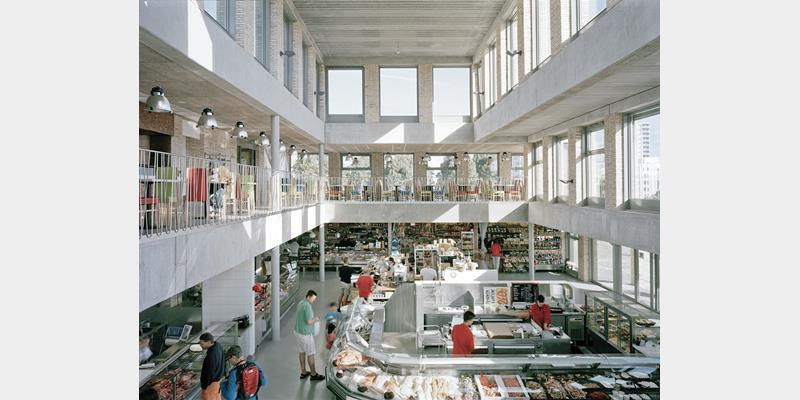