Sustainable Fishing... the EU... and the West-Country

How should our fishing stocks be managed?

How much do you know about the fish we eat?
If the answer’s “not a lot”, you’re not alone. Politicians across Europe are about vote on how our oceans should be managed and yet they have no idea how many fish are left in more than half our seas:

Click here to get the facts.
The less we know about our fish populations, the more likely they are to be overfished. The EU has a budget of billions for managing our seas, but politicians only invest a fraction of it in data collection. Instead they are about to commit even more money to new fishing boats, which will only make our overfishing problem worse.
Our oceans are a vital natural resource. In Europe they support hundreds of thousands of people and feed millions more. nef research shows that protecting oceans is an economic and environmental no brainer
new economics foundation | Share
European fishing subsidies vote: our verdict | new economics foundation
Fisheries | new economics foundation

Strasbourg, France, 23 October 2013: Earlier today the European parliament plenary voted on the European Maritime and Fisheries Fund (EMFF) and decided against the reintroduction of subsidies for the building of new boats. MEPs also included a package on jobs for young fishermen and training for sustainable fishing practices that is essential for fishing communities. 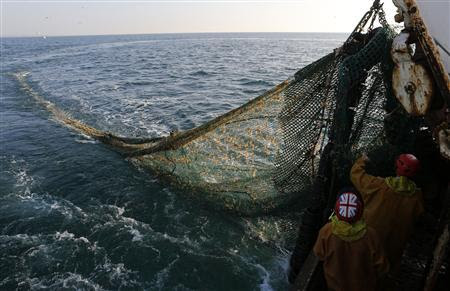 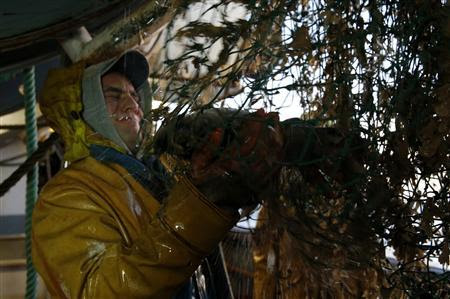 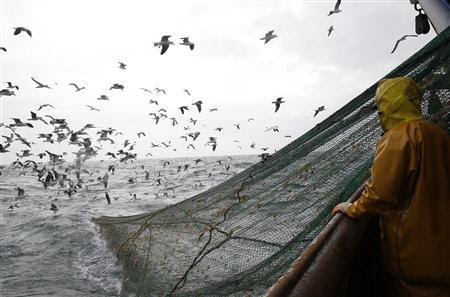 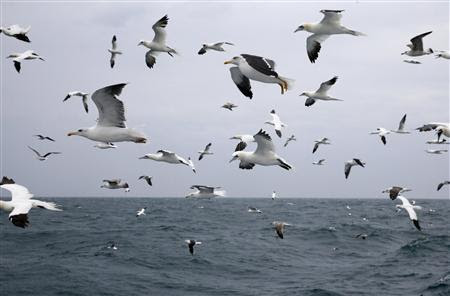 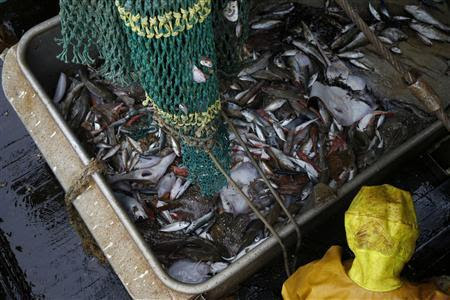 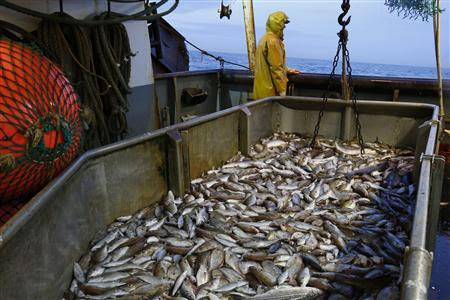 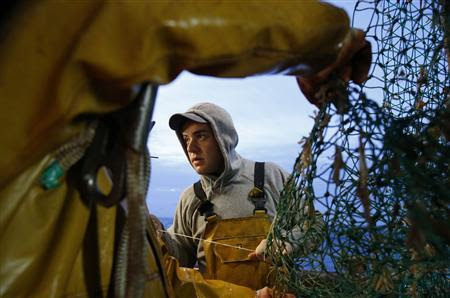 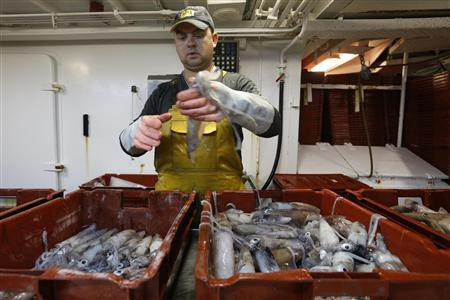 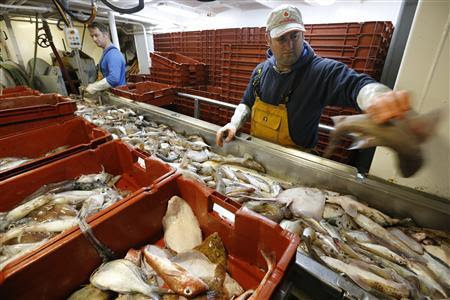 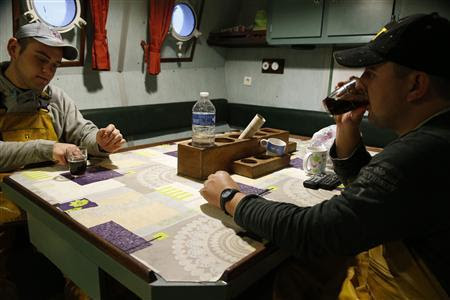 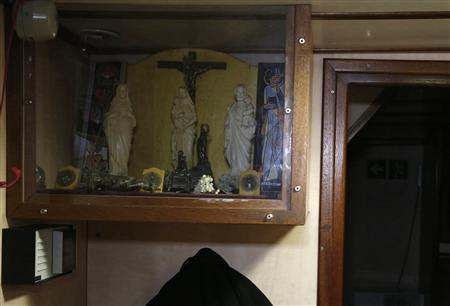 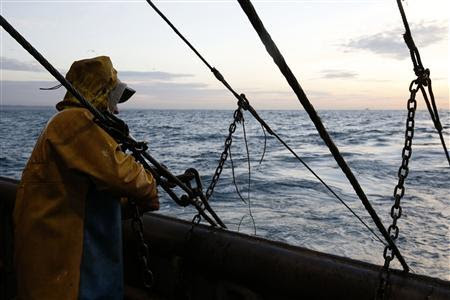 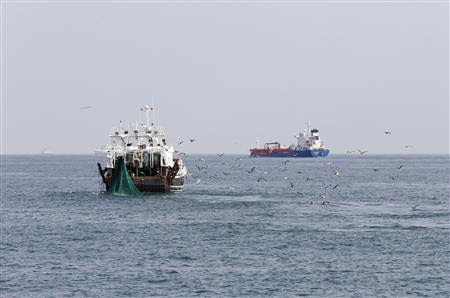 1 OF 14. Fishermen on the Boulogne sur Mer based trawler "Nicolas Jeremy" raise the fishing nets, off the coast of northern France September 23, 2013.
CREDIT: REUTERS/PASCAL ROSSIGNOL

Back in May, Hugh Fearnley-Whittingstall on his Fish Fight website
Futures Forum: Fish Fight
told us about changes in the Common Fisheries Policy:

Now that the European Parliament and the Council of Ministers have reached a deal,the new Common Fisheries Policy is agreed, bar the shouting. The great news is that it will hugely reduce discards across Europe. There is not a blanket ban on discards, but the obligation to land at least 95% of catches should massively reduce waste across Europe's fisheries. And because the new CFP reduces micro-management from Brussels, those countries and fisheries that believe in truly eliminating discards should work hard to do so, even if other parts of Europe lag behind.
Beyond discards, the new CFP will make it legally-binding for the EU to end overfishing so that fish stocks can rebuild, and will recognise that low-impact fishermen deserve extra help and access to fishing quotas. The rules on fishing subsidies are being worked out separately in Brussels and clearly they must be constructed to support the goals of the reformed CFP.
Our minister Richard Benyon and many British MEPs have worked hard to push this transformed CFP through Brussels, together with politicans from across Europe, and commissioner Maria Damanaki. There's now a huge amount of hard work to do implementing the new CFP and turning this into real change at sea. Britain's fishermen have been leading the way in developing selective fishing methods and no-discard schemes. Now we must all work to make Britain's fisheries the least wasteful in Europe, and we can all be a part of that in the choices we make in the fishmonger, supermarket, and fish & chip shop.
Rewriting the rules in Brussels doesn't mean the Fish Fight is over, but this is a tremendous achievement which I really believe would not have happened without the help and support of all 860,000 of our Fish Fight supporters. Over the last 2 years there have been numerous announcements that 'discards will be ended', but there have also been threats all along the way that the process would break down. But the politicans knew we were all watching. Thank you, each and every one of you. Today’s announcement paves the way for healthier oceans, more prosperous fishing communities, and increased fish stocks for generations to come.


There are questions whether the measures to reduce waste at sea is a good thing for fishing boats from the South-West:

EU rules to end fish discards could penalise smaller fleets in Cornwall, it has been claimed.
Laws to end the throwing of unwanted fish overboard were agreed this year after a campaign led by celebrity chef Hugh Fearnley-Whittingstall. 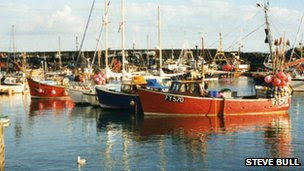 The University of East Anglia said smaller fishing vessels were "at risk of having their fishing curtailed". Cornish fish producers said the policy had not been thought through. Policy supporters said it would end waste.

The new rules will be gradually phased in for Newlyn from 2016. Supporters said basing quotas on the amount caught rather than what was landed would end waste. However, critics said it would hurt those fishing in areas with lots of different species.
Professor Alistair Grant, who supervised the university study, said: "Smaller fishermen don't have the technology or the range to be able to catch exactly what they want to catch. They tend to have relatively high discard rates so they will be the ones most at risk of having their fishing curtailed."
Paul Trebilcock, chief executive of the Cornish Fish Producers Organisation, said: "The discard ban was a sound bite from a celebrity chef which has led to a policy that has not been thought through. We don't yet know what the impact will be for sustainability and what will happen to fishing businesses in Cornwall. It's more questions than answers at this stage."
'Can be done'

Hugh Fearnley Whittingstall said in a statement that ending discards was much more than a sound bite, and that the rules had been reformed not just to end waste but to set quotas in line with scientific advice. He added that although changes would require a lot of effort, there were already boats around the UK showing that by changing fishing gear and fishing in the right places it could be done.
Camborne and Redruth Conservative MP George Eustice, who is Parliamentary Under Secretary of State for farming, food and marine environment, said EU grants were available to help fishermen pay for new equipment. He said: "There are funds in place to do new research to develop ever-better new net gear, but also to support fishermen in buying that gear."
South West Conservative MEP Julie Girling said beam trawlers based in Brixham in neighbouring Devon had "managed to reduce discards to negligible levels".
BBC News - Fish discard ban 'could harm smaller Cornish fishing vessels'

The BBC also went to Devon and got a different take:

5 February 2013
The European Parliament will vote on Wednesday on plans to reform the controversial Common Fisheries Policy.
As fish stocks have dwindled and quotas have tightened, more and more fishermen have turned away from the seas for their livelihoods.
Some rival fishing boats have sometimes resorted to dirty tactics in a fight over the precious catches, according to fishermen.
Roger Harrabin went to the Hook and Parrot pub in Devon to ask local fishermen how their lives have changed.

Sidmouth's one remaining fishing boat does not go out so far:
Futures Forum: Plans for Port Royal: Sidmouth Trawlers 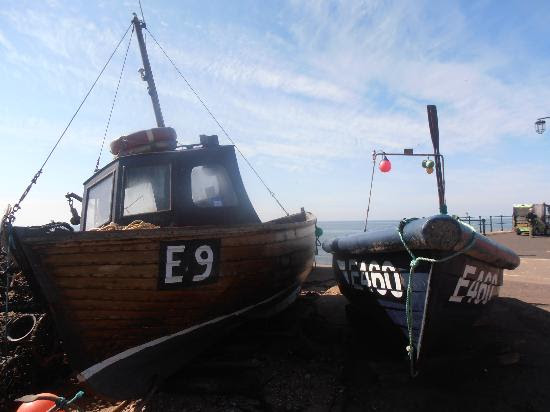 This photo of Sidmouth is courtesy of TripAdvisor

And there are fishing communities further down the coast:
Sea Fishing in Seaton
.
.
.
Posted by Jeremy Woodward at 12:14