The Local Government Minister has also spoken about local empowerment:
Futures Forum: LOCALISM restated >>> "Power should be decentralised down to the lowest appropriate level - to councils, to community groups and to individual taxpayers"

Following the launch last week of the Civic Voice manifesto, ‘Localism for Real’, Rhys Jones said: "If the government is serious about localism, they have to listen to the concerns coming forward from civic groups, resident associations and local councils.
"The Civic Movement agree with the government that getting the economy moving is essential, but the myriad of proposals coming forward are clearly not the answer."
Government should listen to local concerns, says Griff Rhys Jones | Planning Resource

The manifesto will be launched in Parliament next month: 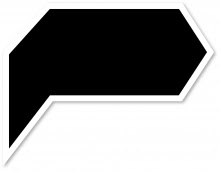 The Civic Voice manifesto, Localism for Real is to be launched at a meeting of the All Party Parliamentary Group for Civic Societies on February 11th.
Laura Sandys MP, Chair of the APPG for Civic Societies said “The Civic Voice manifesto ’Localism for Real’ puts power back into the hands of communities. I look forward to hosting the launch of the manifesto and debating the contents with politicians and communities over the next few months”.
To achieve “Localism for Real”, the manifesto (http://www.civicvoice.org.uk/manifesto) calls on future Governments to:
Chair of Civic Voice, Freddie Gick said “If the Government is serious about Localism, they have to listen to the concerns coming forward from civic groups, resident associations and local councils. The Civic Movement agrees with the Government that getting the economy moving is essential, but the proposals we have had so far do not add up to an adequate, coherent overall policy. Civic Voice members should now contact their MPs and encourage them to attend the event. Use the link on our website here to inform your MP.”
The launch takes place in the Palace of Westminster and is open to MPs and all Civic Voice members to attend. Registration is available here.
The event will also see the launch of “Collaborative Planning for All” a new publication aimed at strengthening the community participation provisions in the National Planning Policy Framework.