MP Hugo Swire has suggested consideration of the move from Knowle be "put on hold" because the District Council "should see how the structure of local government pans out":
Futures Forum: Knowle relocation project: "The prudent thing to do is put everything on hold."

This of course is all about the myriad questions around devolving powers:
Futures Forum: Knowle relocation project: and the longer-term demise of district councils... a summary of the issues so far...

However, it seems that some folk in West Dorset are not happy with either the arrangement made on their behalf by their District Council - or by the way this arrangement was handled.

Two crucial questions will be raised and debated at a public meeting next week - which echo directly concerns in East Devon:


Firstly, how West Dorset District Council currently applies/uses the Cabinet system in local government.
Secondly, should WDDC (and Dorset Council Council) at least be actively investigating the costs/benefits of moving to a Unitary system, removing the middle (District Council) tier, and bringing decision-making, and spending, closer to the public it affects locally?
Power to the public (From Dorset Echo)
Let's have talks on a unitary authority for Dorset (From Dorset Echo)

This is from the BBC earlier this week, reporting on that meeting: 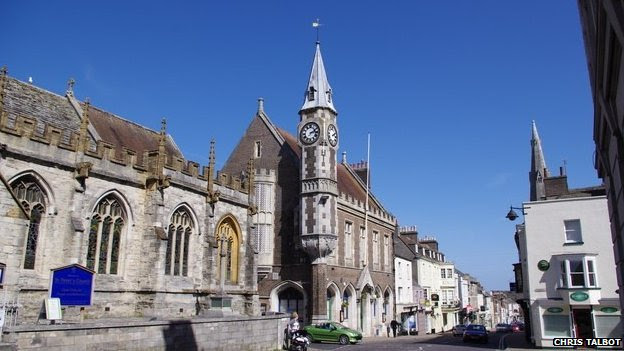 A public meeting is being held by campaigners to gauge support for a change in council structure in Dorset.
The event is to be chaired by civil rights attorney Clive Stafford Smith, who is based in the county.
John Grantham arranged the Public First meeting after he became frustrated crucial issues were not being discussed enough at West Dorset District Council.
He said it would save money if Dorset was to become one unitary authority, which runs all local services.
'Axiomatic and essential'

This would be in place of a two-tier structure where services are divided between district and county councils.
Mr Grantham said the unitary authority structure had worked well in Wiltshire since 2009.
Mr Grantham hopes councillors from the Green Party, Labour Party, Liberal Democrats and UKIP will attend.
He said a number of Conservative members had been invited but it is so far unclear if any plan to attend.
The campaigner said: "It may be a bit unpredictable, maybe a bit untidy at times in view of the likely variety of views expressed, but the common bond between hopefully all attending will be an utter conviction that democratic expression and discussion is axiomatic and essential in this area of the country on the crucial topics being examined."
He said the idea had been growing for a long time after trying to appeal to the district council over various planning issues and said many people found the way the district council works "stultifying".
The meeting is on Wednesday 7 January at the Corn Exchange in Dorchester.

The local press has been very busy with articles on the meeting:
Discussions to take place in Dorset to discuss council structure | Western Gazette
Public First debate in Dorchester puts council structure under spotlight | Blackmore Vale Magazine
Have your say at first of its kind meeting (From Dorset Echo)