"A Coal-Fired Dream World" >>>>>>>>>>>>>>>>>>> "... a growing realization that the productive potential of machinery driven by coal was limitless. Railroad development made possible by coal and startling new inventions like the telegraph, seemed suddenly to make village life and local dreams irrelevant."

To what extent has our current society been engineered by the energy industries?

The question is whether the renewables market is to be dominated by the big players:
Futures Forum: A wind farm for the Jurassic Coast? latest news

... or whether this will offer an opportunity for a different business model:
Futures Forum: Overproduction and the end of Big Oil's business model

But the future might be more about 'localised' and 'small-scale' energy:
Futures Forum: Solar, wind, fracking: "We seem simultaneously to be mismanaging the exploitation of three key decentralised energy sources."
Futures Forum: Local authority and community energy projects are going to pose “a big challenge" to the Big Six providers
Futures Forum: Local energy can be very profitable: "Seizing the opportunity of decentralised energy generation can provide new income streams for communities and councils."

Here is a historical take on why we are where we are:

By John Taylor Gatto September 4, 2010
Wanting coal we could not have smelted the iron needed to make our engines, nor have worked our engines when we had got them. But take away the engines and the great towns vanish like a dream. Manufacturers give place to agriculture and pasture, and not ten men can live where now ten thousand.
~ Thomas Huxley (1875)
Coal introduced a new race of men who work with machinery instead of their hands, who cluster together in cities instead of spreading over the land, men who trade with those of other nations as readily as with those of their own town…men whose market is no longer the city or country but the world itself.
~ Henry DeBeers Gibbins (1903)
Coal At The Bottom Of Things

Where I grew up the hand of coal was everywhere. Great paddle-wheel boats pushed it up and down the river every day, driven by the heat of coal fire. Columns of barges — eight, ten, twelve to a steamboat — were as common a sight to me as police cars are to the modern Manhattan where I live a half-century later. Those barges glide majestically through my memory, piled high with coal gleaming in the sunshine, glistening in the rain, coal destined for steel mills, coke ovens, machine works, chemical plants, coal yards and coal chutes everywhere. Long before we saw the lead barges push the river aside, we saw plumes of smoke shoot above the willows on the riverbanks. As the big paddle-wheel went crashing by, orange clouds of sulfuric rip surged up in waves from the depths of the deep green river, an angry reminder that this wasn’t just water we were playing with...

A mass production economy can neither be created nor sustained without a levelled population, one conditioned to mass habits, mass tastes, mass enthusiasms, predictable mass behaviours. The will of both maker and purchaser had to give way to the predestined output of machinery with a one-track mind.

Nothing posed a more formidable obstacle than the American family. Traditionally, a self-sufficient production unit for which the marketplace played only an incidental role, the American family grew and produced its own food, cooked and served it; made its own soap and clothing. And provided its own transportation, entertainment, health care and old age assistance. It entered freely into cooperative associations with neighbours, not with corporations. If that way of life had continued successfully - as it has for the modern Amish - it would have spelled curtains for corporate society.

A Change In The Governing Mind

Sometimes the best hiding place is right in the open. It took seven years of reading and reflection for me to finally figure out that mass schooling of the young by force was a creation of the four great coal powers of the nineteenth century. It was under my nose, of course, but for years I avoided seeing what was there because no one else seemed to notice. Forced schooling arose from the new logic of the Industrial Age — the logic imposed on flesh and blood by fossil fuel and high-speed machinery.
This simple reality is hidden from view by early philosophical and theological anticipations of mass schooling in various writings about social order and human nature. But you shouldn’t be fooled any more than Charles Francis Adams was fooled when he observed in 1880 that what was being cooked up for kids unlucky enough to be snared by the newly proposed institutional school net combined characteristics of the cotton mill and the railroad with those of a state prison.
After the Civil War, utopian speculative analysis regarding isolation of children in custodial compounds where they could be subjected to deliberate molding routines, began to be discussed seriously by the Northeastern policy elites of business, government, and university life. These discussions were inspired by a growing realization that the productive potential of machinery driven by coal was limitless. Railroad development made possible by coal and startling new inventions like the telegraph, seemed suddenly to make village life and local dreams irrelevant. A new governing mind was emerging in harmony with the new reality.
The principal motivation for this revolution in family and community life might seem to be greed, but this surface appearance conceals philosophical visions approaching religious exaltation in intensity — that effective early indoctrination of all children would lead to an orderly scientific society, one controlled by the best people, now freed from the obsolete straitjacket of democratic traditions and historic American libertarian attitudes.
Forced schooling was the medicine to bring the whole continental population into conformity with these plans so that it might be regarded as a “human resource” and managed as a “workforce.” No more Ben Franklins or Tom Edisons could be allowed; they set a bad example. One way to manage this was to see to it that individuals were prevented from taking up their working lives until an advanced age when the ardor of youth and its insufferable self-confidence had cooled.
From the beginning, there was purpose behind forced schooling, purpose which had nothing to do with what parents, kids, or communities wanted. Instead, this grand purpose was forged out of what a highly centralized corporate economy and system of finance bent on internationalizing itself was thought to need; that, and what a strong, centralized political state needed, too. School was looked upon from the first decade of the twentieth century as a branch of industry and a tool of governance.
For a considerable time, probably provoked by a climate of official anger and contempt directed against immigrants in the greatest displacement of people in history, social managers of schooling were remarkably candid about what they were doing. In a speech he gave before businessmen prior to the First World War, Woodrow Wilson made this unabashed disclosure:
We want one class to have a liberal education. We want another class, a very much larger class of necessity, to forgo the privilege of a liberal education and fit themselves to perform specific difficult manual tasks.
By 1917, the major administrative jobs in American schooling were under the control of a group referred to in the press of that day as “the Education Trust.” The first meeting of this trust included representatives of Rockefeller, Carnegie, Harvard, Stanford, the University of Chicago, and the National Education Association. The chief end, wrote Benjamin Kidd, the British evolutionist, in 1918, was to “impose on the young the ideal of subordination.”
At first, the primary target was the tradition of independent livelihoods in America. Unless Yankee entrepreneurialism could be extinguished, at least among the common population, the immense capital investments that mass production industry required for equipment weren’t conceivably justifiable. Students were to learn to think of themselves as employees competing for the favor of management. Not as Franklin or Edison had once regarded themselves, as self-determined, free agents.
Only by a massive psychological campaign could the menace of overproduction in America be contained. That’s what important men and academics called it. The ability of Americans to think as independent producers had to be curtailed. Certain writings of Alexander Inglis carry a hint of schooling’s role in this ultimately successful project to curb the tendency of little people to compete with big companies. From 1880 to 1930, overproduction became a controlling metaphor among the managerial classes, and this idea would have a profound influence on the development of mass schooling.
I know how difficult it is for most of us who mow our lawns and walk our dogs to comprehend that long-range social engineering even exists, let alone that it began to dominate compulsion schooling nearly a century ago. Yet the 1934 edition of Ellwood P. Cubberley’s Public Education in the United States is explicit about what happened and why. As Cubberley puts it:

It has come to be desirable that children should not engage in productive labor. On the contrary, all recent thinking ... [is] opposed to their doing so. Both the interests of organized labor and the interests of the nation have set against child labor.

The statement occur in a section of Public Education called “A New Lengthening of the Period of Dependence,” in which Cubberley explains that “the coming of the factory system” has made extended childhood necessary by depriving children of the training and education that farm and village life once gave. With the breakdown of home and village industries, the passing of chores, and the extinction of the apprenticeship system by large-scale production with its extreme division of labor (and the “all conquering march of machinery”), an army of workers has arisen, said Cubberley, who know nothing.
Furthermore, modern industry needs such workers. Sentimentality could not be allowed to stand in the way of progress. According to Cubberley, with “much ridicule from the public press” the old book-subject curriculum was set aside, replaced by a change in purpose and “a new psychology of instruction which came to us from abroad.” That last mysterious reference to a new psychology is to practices of dumbed-down schooling common to England, Germany, and France, the three major world coal-powers (other than the United States), each of which had already converted its common population into an industrial proletariat.
This article is excerpted from The Underground History of American Education. You can find the full text at Archive.org. 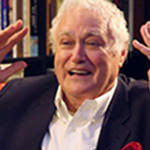