Climate change: it's cool to be vegetarian

A piece in the Guardian this week highlighted the opinions of one young campaigner:

‘I’m just one kid jumping around when there’s a planet being polluted, but everyone reasonable agrees that we should look after the environment’

Tim Shieff, 27, is strong, incredibly strong. He’s been on TV shows American and UK Ninja Warrior, and MTV’s Ultimate Parkour Challenge. He’s famous in the freerunning community for his one-armed handstand. And he’s been known to scale buildings in London in the name of activism.
In the People’s Climate March last September, Shieff chose to protest from above the street, jumping building to building, eventually landing on a listed building that led to him being arrested. Two months later he was photographedclimbing on, leaping through and dangling off prestigious London architecture – stark naked – to raise money for Jamie Oliver’s food education campaign. But in this interview, Shieff didn’t want to talk about his job.
“Freerunning is fun, it’s a living for me, and it’s a way to get people to listen,” he said. “But beyond that I’m just one kid jumping around, when there are animals dying and there’s a planet being polluted. Those are real problems.”
Shieff spoke with the Guardian about his own personal cause – animal rights – and how this generation is already making an environmental change just in what they choose to buy and eat.

What is your environmental case for vegetarianism and veganism?

So 13% of emissions come from global transport, but 51% come from animal agriculture. [The UN Food and Agricultural Organisation reports that 14.5% of global greenhouse gas emissions come from global livestock, but one study by WorldWatch claims that livestock and their byproducts actually make up as much as 51%.]
You vote with your money for what you want to support. If you buy less meat and support the animal agriculture industry less, they’ll change. Tesco and Sainsbury’s won’t buy as much, more farmland will be producing crops which will save more land and cause less pollution, and the price of healthy food will go down. If you’re an environmentalist and you want to help the planet for our future, start buying more vegetables and fewer products that come from animals. 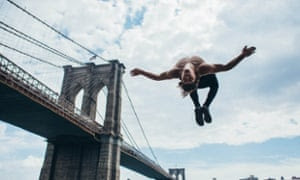 I’ve been asking a lot of young people why they think it’s hard for people to engage with things like climate change, and their answers tend to match yours: because we can’t see it.

That’s what it comes down to. If you see videos of people flying over factory farms, the size of them is unreal – but we never travel past those areas of land. It’s unscalable in our heads. We don’t really grasp it.

Do you feel hopeful about the future?

Yeah. It’s a matter of time. Injustices can’t go on forever, and we’re in the midst of a massive shift. 20% of 16- to 25-year-olds are now vegetarian or vegan [in the UK], compared with 12% of the country. This generation really gets it. And they’re only going to grow older, and new generations will be more sensitive and more proactive. Kids understand why they shouldn’t eat animals. So as they grow up, in the next 20 to 30 years, I think we’ll get kids saying, “Mummy, Daddy, I can’t believe you used to eat animals. Why!?” It’s only a matter of time. In 20 years, I think you’ll get countries declaring themselves vegetarian.

Not everyone agrees:
Futures Forum: Climate change: the role of livestock and agriculture.......... or: "Can steak save the planet?" The face of climate evil, or just a juicy steak? Sheila/Flickr, CC BY-NC-ND

Could our meat-loving Western diets push climate change over the edge? That was the message of a recent report from UK think tank Chatham House that, even if the world moves away from fossil fuels, growth in meat and dairy consumption could still take global warming beyond the safe threshold of 2C.

The report recommends shifting away from this “four degree” Western diet in favour of less meat- and emissions-intensive food.

What the evidence shows is that becoming vegetarian might help reduce your personal footprint – but it will be better to focus on a range of solutions if we want to have an impact on climate change.

How much greenhouse gas do livestock produce?

The most reliable and accepted estimate is that livestock production contributes about 14.5% of total greenhouse gases from people, mainly in the form of methane and nitrous oxide.

An ever-expanding number of studies, including many of our own at the Primary Industries Climate Challenges Centre, show that emissions from livestock are generally higher than from food crops, based on tonnes of greenhouse gas per unit area and mass of product.

However, it is important to note that, when compared on the basis of greenhouse gas per unit protein and per unit nutrient density, then some livestock products (such as cheese) become comparable with crops.

But could the predicted growth in consumption of livestock products make limiting global warming to 2C impossible? No.

Emissions will not necessarily rise in equal proportion to consumption, even without diet change. The world’s rising middle class is predicted to increase from 1.8 billion people to 3.2 billion by 2020 and to 4.9 billion by 2030.

Almost all of this growth (85%) will be in Asia where the increasing demand for animal-based protein is notably greater in white meat (fish, poultry, pigs) than red meat (cattle and sheep).

Thus the majority of the predicted future growth is in the lower-emitting livestock products. And waste could be used to generate energy, effectively bringing these industries close to carbon-neutral.

Vegetarianism isn’t for everyone

Most studies on the impact of changing diets remain theoretically-based and, to my knowledge, there has been no comprehensive global analysis of the political, ethical, moral and socio-economic challenges of changing diets across countries and cultures.

This is where the debate risks running aground: the privilege of choosing a vegetarian diet is limited to the affluent few, who, due to their declining birth rates, are a declining demographic. The majority of the world’s population remain more concerned about from where their next meal comes.

A focus solely on changing diet patterns runs the risk of becoming embroiled in the same moral arguments we’ve witnessed between the developing and developed economies on equitable greenhouse emission reduction targets and contributions to the Green Climate Fund.

Both these issues have stalled international climate negotiations, with the developed world (wealthy) being accused of dictating to the developing world (poor) that they cannot aspire to the same standard of living as has been enjoyed by the West while we created the climate change problem.

In the rather politically-charged debate on how to deal with climate change, the focus on vegetarianism as a solution to global warming also runs the risk of being dismissed as another line of attack for animal rights activists.

Don’t put all your eggs in one basket

Changing diets isn’t the only way to reduce greenhouse gas emissions from agriculture – and these alternatives are often missing in the commentary around meat-eating.

Few studies have reported, for example, on how diet moderation can be combined with clean energy generation from livestock waste, and greater research efforts into reducing methane produced by livestock.

Significant advances have already been made in reducing greenhouse gas emissions from livestock production systems including via livestock diets, breeding and inhibiting the microbes that produce methane.

There are now also well-established technologies for energy generation from livestock waste.

Compare this to the energy generation sector, where many studies have looked at combinations of solutions to reduce greenhouse has emissions, including reduced energy consumption, geo-sequestration, clean coal technologies and switching to alternative energy sources.

It is not the Western diet, but the Western lifestyle that is a “four degree lifestyle. The rest of the world cannot afford to converge around such levels of excess. We need a range of complementary solutions, rather than putting all our eggs in one basket.

It's not enough to go vegetarian to fight climate change
.
.
.
Posted by Jeremy Woodward at 15:48