Last year, the Guardian's architecture correspondent Oliver Wainwright produced a very critical piece on the 'dark arts' employed by developers:
The truth about property developers: how they are exploiting planning authorities and ruining our cities | Cities | The Guardian

This blog has highlighted the issues:
Futures Forum: 106 payments and the NPPF.......... “The definition of ‘sustainable’ has nothing to do with green issues or energy at all......... It means one thing: commercially viable.”

And one of the central issues is 'viability':
Futures Forum: When is a development 'viable' or not?

This report is from yesterday's Building Design magazine:

29 June 2015 | By Elizabeth Hopkirk
Planning system ‘unwittingly unleashed industrial-scale affordable housing avoidance’
Architects are calling for the government to rewrite planning legislation to stop developers dodging “affordable” housing commitments.
They want to redraft a clause in the National Planning Policy Framework which introduced the concept of financial viability assessments to the planning system in 2012. The system will remain at the mercy of practitioners of “dark arts”, said one London architect and teacher, until terms like “viability” and “affordable” are given clear definitions. The NPPF unwittingly spawned a whole industry devoted to helping developers argue their way out of providing social and “affordable” housing on the grounds it would render their projects unviable.
The practice was branded “a wholesale fraud on the public purse” by Northampton University housing expert Dr Bob Colenutt in an investigation published by the Guardian and written by Oliver Wainwright, BD’s former architecture critic. This revealed for the first time details of the financial viability assessment for Lendlease’s Heygate redevelopment – after a three-year legal battle to keep it confidential. It set the level of “acceptable” profit at 25%, an unusually high figure that apparently raised concerns at the planning authority but which ultimately went unchallenged.
One architect, at a large London practice which works on residential schemes, said the viability clause in the NPPF was essentially undermining affordable and social housing targets set by local authorities and should be revised. “There’s not much transparency in how the viability assessments are done,” he said. “As architects we haven’t seen the cost plan or the sales model for a large number of the projects we are working on. It’s highly likely that things are being cooked up to look unaffordable when in fact they are perfectly affordable. But it’s unworkable as a public policy approach to say, ‘You are behaving badly’. You have instead to make the rules as clear and straightforward as you can.” He added: “It’s demoralising to work on stuff that neither you nor anyone you know could afford to live in – two-bed flats selling for £800,000.”
Bartlett tutor Edward Denison (see box) said: “The secrecy of viability studies makes a complete mockery of a fair planning system and prevents anyone from challenging constructively what a developer claims can be achieved on any given site.”
Architect Ruth Lang said the planning process had been shown to have “systemic flaws”, with different figures referred to by developer and council to describe the same project. She got so frustrated she quit practice to do a PhD investigating this. “One of the problems is we have little agency as architects to change anything,” she said. “We need to get further up the food chain otherwise we are just a responsive rather than a pro-active part of the system. We’ve had conversations with clients but it comes down to whether we can persuade them to be a good moral citizen. It needs to be about how we can have some sort of leverage in that discussion. There’s got to be a way of incentivising their compliance and it’s got to come from government-level investment in social housing. Government also needs to help councils evaluate these schemes because local authorities are so overstretched.”
Ben van Bruggen, director of van Bruggen Urbanism, said: “The viability assessment is a tool and like many other bits of the planning system it is open to interpretation. Local authorities are finding it a drain on their limited funds and resources to respond and investigate all Freedom of Information requests about viability appraisals and so are more likely to want to avoid potential controversy.”
There were signs that things could change, he said, with Greenwich council proposing developers be required to publish their full viability report if they don’t meet affordable housing requirements.
“This seems to make it more transparent,” he said. “In any event local authorities could seek a review of the viability. If, for example, a scheme is granted consent then it would be possible to state that if it wasn’t completed within three years the viability must be reassessed. This at least could reflect a rapidly changing market and any uplift in value could be captured by the local authority as the developer’s profit was already built in.”
Architects call for NPPF reform over 'viability' concerns | News | Building Design


This is from the original piece by Oliver Wainwright: 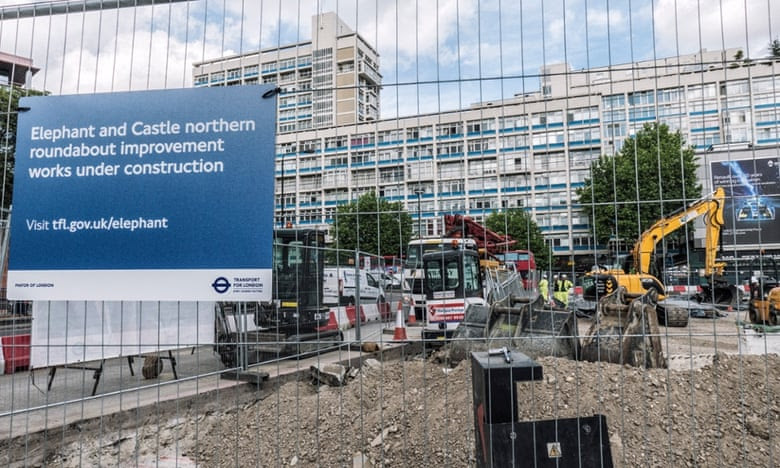 In the last decade, London has lost 8,000 social-rented homes. Under the Tory-led coalition, the amount of affordable housing delivered across the country fell by a third – from 53,000 homes completed in 2010 to 36,000 in 2014. Much of the reason lies hidden in these developers’ viability assessments and the dark arts of accounting, which have become all-powerful tools in the way our cities are being shaped.
It is a phenomenon, in the view of housing expert Dr Bob Colenutt at the University of Northampton, that “threatens the very foundations of the UK planning system”; a legalised practice of fiddling figures that represents “a wholesale fraud on the public purse”. What was once a statutory system predicated on ensuring the best use of land has become, in Colenutt’s and many other experts’ eyes, solely about safeguarding the profits of those who want to develop that land.
Under Section 106, also known as “planning gain”, developers are required to provide a certain proportion of affordable housing in developments of more than 10 homes, ranging from 35–50% depending on the local authority in question. Developers who claim their schemes are not commercially viable, when subject to these obligations, must submit a financial viability assessment explaining precisely why the figures don’t stack up.
In simple terms, this assessment takes the total costs of a project – construction, professional fees and profit – and subtracts them from the total projected revenue from selling the homes, based on current property values. What’s left over is called the “residual land value” – the value of the site once the development has taken place, which must be high enough to represent a decent return to the landowner.
It is therefore in the developer’s interest to maximise its projected costs and minimise the projected sales values to make its plans appear less profitable. With figures that generate a residual value not much higher than the building’s current value, the developer can wave “evidence” before the council that the project simply “can’t wash its face” if it has to meet an onerous affordable housing target – while all the time safeguarding their own profit.
According to Glasspool, the most striking thing about the Heygate viability assessment “is that it has nothing to do with the scheme’s viability at all, and everything to do with its profitability for the developer”. It is also all perfectly legal.

Within the pages of calculations, produced for Lend Lease by property agent Savills, the level of “acceptable” profit is fixed at 25% – a proportion that equates to around £300m. Southwark council commissioned an independent appraisal of this viability assessment from the government’s district valuer service (which was also revealed as part of the disclosure). The appraisal clearly highlights this 25% profit level as a concern, noting that “most development schemes when analysed following completion average out below 15%”. The difference represents more than £100m that could have been spent on affordable housing – yet the 25% profit level remains unchallenged.
With the private sector now calling the tune on affordable housing, while hiding the score in a locked room, it’s not hard to see why the chief executive of the National Housing Federation, David Orr, recently told his members that developers are “leading local authorities on a merry dance”.

“It’s not so much a dance, as running rings around them,” says planning expert Duncan Bowie, a lecturer at the University of Westminster. “Every consultant knows how to fiddle the figures in their client’s interests, but most planning officers simply don’t get it. Local authorities have really lost the plot on this.”
Many consultants are now paid bonuses for successfully reducing the number of affordable units in a scheme; indeed an entire industry has grown up around the art of dodging planning obligations. But why has it only become such a problem now?
A relatively new arrival to the planning system, viability assessments have gained increasing weight since the National Planning Policy Framework (NPPF) introduced a crucial clause in 2012, stating that plans “should not be subject to such a scale of obligations and policy burdens that their ability to be developed viably is threatened”.
This clause has given developers a much freer licence to force their plans through the system regardless of constraints, on the basis that local planning policies represent needless “burdens” on their pockets. Democratic mechanisms for securing public benefit have been reframed as destructive barriers of red tape, and harmful obstacles to economic growth.
“Viability has driven a coach and horses through the planning system,” says Colenutt. “All the things that are supposed to determine the best use of land – mix of uses, massing, density, social mix – have been trumped by finance. And it’s a form of financial modelling that’s hidden from view, entirely determined by the developers themselves. Councils are held over a barrel with the implied threat that ‘If you don’t play ball, we’ll go elsewhere.’ It’s what the development industry has always wanted. They cannot believe their luck.”
Many developers imply that building affordable housing always entails a loss – but when affordable rents are capitalised at up to 80% of market rate, the reality is it just makes less of a profit. (Affordable housing also removes a chunk of the development risk, given it comes with guaranteed funding from a housing association.) Still, with an imperative to maximise shareholders’ returns, why would any commercial developer agree to anything that makes less profit than the maximum that can possibly be squeezed out?

“These viability assessments conclusively prove that we cannot rely on developers to build affordable housing,” says Colenutt. “And they’re standing in the way of other groups who want to build it – the community land trusts, housing associations, co-housing groups – by preventing them from getting access to the land. Instead, the industry is wilfully inflating land values and forcing local authorities to grant permission for things they don’t want.
“Now that it’s been let in as a principle, viability is running riot through the entire system,” Colenutt adds. “It’s completely destroying the ability to build mixed communities, all on the grounds of spurious financial models. It’s critical that we develop the expertise to tackle it now – because this is going to be an almighty battle for years to come.”
Revealed: how developers exploit flawed planning system to minimise affordable housing | Cities | The Guardian

With thanks to:
NPPF allows “practitioners of the dark arts” to cut new social housing | East Devon Watch