Local currencies: getting radical: a P2P perspective >>> "The End of Banking: Money, Credit, and the Digital Revolution"

Further to the posting on local money, this comment arrived:

excellent overview. But you forgot one recent contribution to this debate: "The End of Banking: Money, Credit, and the Digital Revolution" from Jonathan McMillan. He proposes a blueprint for a decentralized peer-to-peer financial system in the digital age. This one really needs to be in your article.

Here is Jonathan McMillan's blog:
The End of Banking

This is the P2P Foundation's take:

* The End of Banking: Money, Credit, and the Digital Revolution. Jonathan McMillan.

"The End of Banking explains why a financial system without banking is both desirable and possible in the digital age.
The first part of the book presents the functions and the mechanics of traditional banking. It discusses how a delicate balance of government guarantees and banking regulation kept the flaws of banking under control in the industrial age.
The second part explains how the digital revolution unsettled this balance. The rise of shadow banking is explained, and it is shown how an unsustainable boom in the shadow banking sector led to a banking panic: the financial crisis of 2007-08.
The third part shows that the digital revolution has played a dual role. Information technology not only undermined the effectiveness of current banking regulation, but it also rendered banking redundant. An innovative blueprint for a modern financial system is presented and the implications of the end of banking are discussed.
The End of Banking distinguishes itself from other books about the financial crisis of 2007–08 in several ways.
First, it reveals the fundamental financial techniques that are common to all forms of banking—whether it is performed by medieval goldsmiths or by today’s managers at investment banks.
Second, it offers a lucid and accessible account of shadow banking that will enlighten many readers.
Third, and most importantly, The End of Banking does not rehash the same old regulatory patches or radical reform proposals from the past. Instead, it elaborates a new and intuitive idea of how to adapt the financial system to the digital age."

And here is an excellent piece in the Guardian from earlier this year:

Banking in the digital age: the failure of financial regulation

The enormous shifts in the world of finance have revolutionised every aspect of our lives, but while financial regulation remains stuck in the industrial age, the dysfunctional system will remain

Let me start with two facts that might surprise you. First, between 1950 and 1980, you earned roughly the same amount of money irrespective of whether you worked at Main Street or Wall Street. Second, the US did not experience any significant financial crisis during this period.
When discussing the financial crisis of 2007–08, many people tend to neglect trends over a longer time period. The problems and scandals filling today’s headlines – bank bailouts, surreal salaries, widespread fraud, and poor risk management – started to surface in the 1980s following the 30-year stable period.
If we go back to before 1950, we can see that banking repeatedly stood at the epicentre of financial crises. Banking comes with some serious problems that are deeply entrenched in the core business model.
Banks allow savers who deposit money to access their money at any time, and provide loans to borrowers who have to repay only after years or even decades. Giving someone a multi-year loan, but promising someone else immediate access to the same money has both upsides and downsides.
On the upside, banks can match the differing needs of savers and borrowers. If savers can withdraw their money at any time, they are more willing to let go of their cash so that a borrower can get a loan to build a house or start up a business. This is good for the economy.
But on the flipside are bank runs. If, for whatever reason, savers think their money is no longer safe, they “run” to the bank to withdraw it. As most of the money is not available in the branches but instead stuck in long-term loans with borrowers, they are well advised to run fast and arrive at the cashier before everyone else.
Following repeated bank runs at the beginning of the 20th century, the global economy entered the Great Depression. Governments decided to act in two ways. First, they relieved lenders by guaranteeing the money in deposits. Second, they closely regulated banks to prevent them from abusing these guarantees. The measures taken proved successful and explain why banking worked so well between 1950 and 1980. Savers had no reason to panic, and banks behaved prudently because regulators watched closely.
Bankers operated within the confined and safe 3-6-3 model: pay savers 3% interest, charge borrowers 6% interest, and head off to the golf course at 3pm. No one, not even the bankers, had a reason to occupy Wall Street.
In the 1980s, the digital revolution started to pick up pace and new companies were established that started to mass-produce computers and software. Banks increasingly used computers too. They began to apply information technology to conduct shadow (ie unregulated) banking, where banks can move their activities to avoid the regulation that comes alongside government guarantees.
Regulators tried to keep up, but were always one step behind. Nothing exemplifies this better than the Basel Capital Accord. Basel I was implemented in the 1990s to counter financial fragility, but was quickly undermined by creative bankers.
Regulators responded with Basel II, but banks were never caught out. Encouraged by government guarantees and unchained from regulations, banks engaged in excessive lending. This course of action first resulted in stellar profits, but later in the financial crisis of 2007–08.

Read more
The digital revolution undermined the regulatory framework with which banking was kept under control in the industrial age. Unsurprisingly, banks have already found ways to circumvent Basel III, even before it comes fully into effect.
The digital revolution was the game changer that led to the recent financial crisis, and we have not come any closer to fixing banking in this new environment. But outside the established banking institutions, a wide array of financial technology start-ups have started to build a financial system for the digital age.
Peer-to-peer lenders, for example, offer a revolutionary new business model outside banking to bring savers and borrowers together. Other financial start-ups aim to become the new “Yelps” for finance to help investors make better decisions without having to spend precious time on evaluating potential borrowers.
In addition, online currency Bitcoin launched the first global experiment with a digital payment system that operates completely outside of the formal banking system. While having weaknesses, even conservative central bankersacknowledge the promising technology behind it. 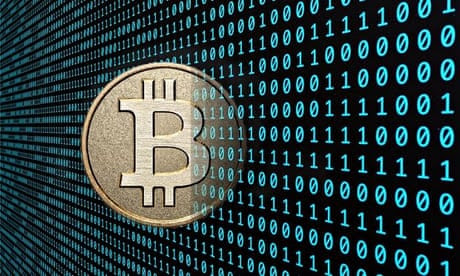 Bitcoin is having its moment but there are better sustainable currencies

Read more
If we take all these developments together, it becomes evident that we no longer need banking to bring savers and borrowers together. Does this mean we can lean back and wait until Silicon Valley takes over Wall Street?
The answer is that, unfortunately, financial regulation is still stuck in the industrial age. Peer-to-peer lenders, for instance, do not enjoy government guarantees, but have to bear the burden of already-implemented banking regulations. Unsurprisingly, they increasingly try to become banking institutions themselves so that they at least enjoy the upside of the regulatory framework.
While innovators have revolutionised the way we can do finance, we cannot lean back. Restoring a functioning financial system in the digital age requires a fundamental overhaul of financial regulation. If regulators do not progress to the digital age, our financial system will remain in its current dysfunctional state.
Jonathan McMillan is the author of The End of Banking: Money, Credit, and the Digital Revolution

Banking in the digital age: the failure of financial regulation | Guardian Sustainable Business | The Guardian