"Cornwall is the first rural authority in the country to be given a devolution deal."

There are rumblings about greater autonomy for the South-West:
Futures Forum: An independent South-West?

CORNWALL has become the first rural authority in England to secure new powers to control local services.
Under the terms of the "devolution deal", Cornwall will have greater powers over areas of public spending currently controlled by London.
It gives Cornwall council powers for franchising and improving bus services in the area – the first rural unitary authority to gain this power.
It also gives the Local Enterprise Partnership more say on boosting local skills levels.
In addition, the council will be able to select the projects and work with partners on initiatives it wants to see benefiting from millions of pounds of inward investment funding.
The deal will make it easier for the Cornwall and Isles of Scilly Local Enterprise Partnership to integrate national and local business support services to help local firms grow.
It will enable Cornwall council and the council of the Isles of Scilly to work with local health organisations on a plan for integrating health and social care services
Prime Minister David Cameron and Communities Secretary Greg Clark travelled to Cornwall to support the signing of the formal agreement.
Mr Cameron said: "At the heart of this one nation government is the belief that everyone, no matter what their background or where they're from, has the opportunity to get on in life.
"This devolution deal marks a major shift for the people who live and work in Cornwall – putting power in their hands and giving them the tools to take charge and make the most of the fantastic potential that Cornwall holds."
The deal follows a Case for Cornwall campaign lead by Cornwall Council which put the case for power to be transferred to the local authority from Westminster.
Council leader John Pollard said: "This Devolution Deal is brilliant news for Cornwall."
By creating a Case for Cornwall which was strong and realistic, the county had received a positive response from the government when it came to devolving powers, he added.
"Cornwall is, therefore, the first rural authority in the country to be given a devolution deal," said Mr Pollard. "This gives Cornwall greater powers over public sector funding ".
The local authority would now be working with partners to develop an integrated health and social care system and deliver significant economic growth for the county.
This would see enhanced business support, greater access to employment and training opportunities, a much improved public transport network and more efficient use of public sector buildings.
The agreement to devolve central funding on local transport would deliver around £50m to create a more integrated public transport system.
This would include smart ticketing – and fares and timetables for combined travel between bus, rail and ferry services.

Here is a wider-view on the issue:

Cornwall is a logical place to begin with rural devolution, but a coherent UK-wide plan is sorely needed

By Democratic Audit UK 28/07/201540 Comments
The Government has announced that the south-west county of Cornwall will be the first rural area in the country to receive powers over elements of public policy, following on from the City-region deals. Joanie Willett argues that Cornwall is a logical place to start owing to its rich cultural history and distinctive identity. However, an ad-hoc approach to the governance of the UK will not do, and a coherent, nationwide plan is urgently required. 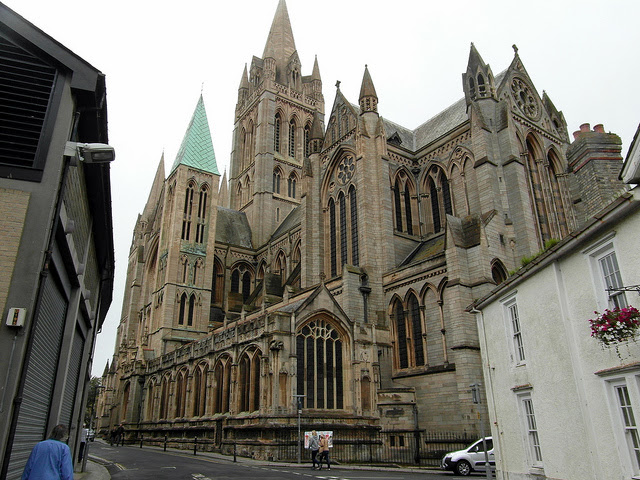 Cornwall is a logical place to begin with rural devolution, but a coherent UK-wide plan is sorely needed : Democratic Audit UK

And here's a look at how this will affect the South-West:

13 July, 2015 | By Mark Smulian, David Paine
Councils across the south west are working up plans to win devolved powers from government, in the wake of last week’s announcement that Cornwall is among the next in line for a devolution deal.

Somerset CC leader John Osman (Con) has invited every council in his county to a meeting to discuss devolution, together with those in Devon, Dorset, Gloucestershire, the unitaries of Cornwall, Wiltshire and the four members of the West of England Partnership: Bristol City Council, Bath & North East Somerset Council, North Somerset Council and South Gloucestershire Council.

Meanwhile, councils in Gloucestershire and the West of England Partnership area have separately been developing their own plans to come together and win devolved powers.

The region has been slow to move on devolution so far, with the exception of Cornwall, which secured backing for its bid for devolved powers in last week’s Budget.

Elsewhere, as LGC revealed last week, Wiltshire has started work on a proposing a similar single county deal, while councils in Dorset plan to form a combined authority.

A Somerset spokesman said: “The meeting has been called to discuss ways of working together and explore if we want to submit one or many bids for devolution.”

The West of England Partnership announced this morning it had launched a review of governance, as a step towards developing a detailed case for devolved powers.

Bristol elected mayor George Ferguson (Ind) and the three council leaders said in a joint statement: “We agree today to undertake a review of governance on how we strengthen our joint working as four unitary authorities, with a view to obtaining devolved powers from the government for the benefit of all our residents.”

They said the review, which is expected to last between nine and 18-months, would look at “the governance structures that would best fit the devolution of certain functions to the four authorities”.

This timescale though would appear to miss that set in Budget papers last week, which said ‘significant’ devolution bids would have to be submitted this autumn “in time for conclusion ahead of the spending review”.

A Bristol spokesman said: “Having the right governance in place is an element of delivering a devolution deal, not negotiating one. It does not preclude a bid and thus there is no conflict on timescales.”

Gloucestershire CC is to prepare a devolution case with the local NHS and police, which could seek more control over social care and health spending, local transport networks, business rates, education, and infrastructure.

It is not yet known if Gloucestershire proposes a combined authority with its districts, or whether councils would accept a directly elected mayor in return for the powers sought.

Gloucestershire said discussions with district councils about what their demands might be had been taking place over the past few months.

Leader Mark Hawthorne (Con) said: “By improving the way government services are run in the county we can improve services for everyone.”