Freedom of Information and local government

There have been several important FOI cases of late - covering a vast array of public policy, from local to national government:

Meanwhile, the government - and local authorities - seem keen to reduce the impact of the FOI Act:
Futures Forum: The Freedom of Information Act and East Devon >>> the story continues
Futures Forum: Knowle relocation project: and the cost of FOI requests

... there are unsavory goings-on vis-a-vis the composition of the group set up to reconsider the Act:
Labour accuses Jack Straw of conniving with Tories to dismantle Freedom of Information Act - UK Politics - UK - The Independent

This is the take from the Daily Mail earlier this week:

Straw 'helping to curb freedom of information': Labour accuses former Home Secretary of working with the Tories to dismantle the Act

By TAMARA COHEN FOR DAILY MAIL
PUBLISHED: 00:28, 26 August 2015
Labour have accused Jack Straw of working with the Tories to dismantle the Freedom of Information Act, used to expose Government scandals.
A panel of former ministers and civil servants is reviewing the Act, which helped uncover the MP’s expenses scandals and other revelations about waste and incompetence.
But party sources claim Mr Straw, the former home secretary, had been asked not to join the five-strong committee yet he insisted on doing so anyway – even if it had to be in a ‘personal capacity’. 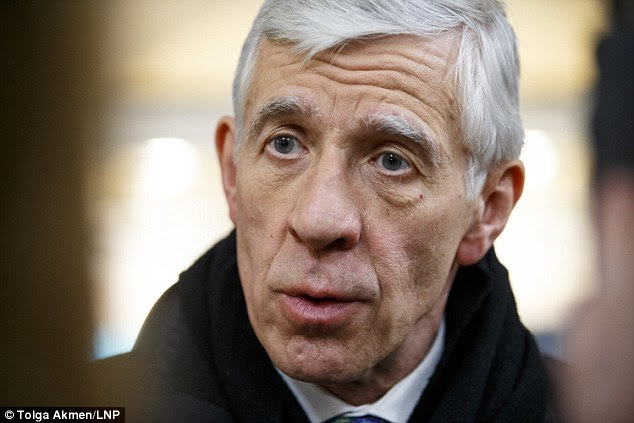 +3
Labour have accused Jack Straw of working with the Tories to dismantle the Freedom of Information Act, used to expose Government scandals
It is understood that the Labour’s acting leader Harriet Harman and shadow justice secretary Lord Falconer made it clear to Mr Straw that they would prefer him to not to participate.
Labour frontbenchers fear that the panel is an attempt by the Conservatives to restrict the scope of the law, and make the job of the Opposition more difficult.
A senior party source told the Independent: ‘It was made very clear to Jack that it was not a great thing for him to do and that it would be much better if he did not participate.
‘But, for whatever reason, he decided to go ahead. Frankly, that is not massively helpful for the party. We are very clear that he is not representing us and is purely there in a personal capacity.’
At present, anyone can ask for information so long as finding it does not cost more than £600 in the case of a government department, or £450 for another public body.
The Commission claims to be looking at whether the Act is ‘working effectively’ and whether there needs to be a ‘safe space’ for communications between officials.

+3
Labour’s acting leader Harriet Harman and shadow justice secretary Lord Falconer made it clear to Mr Straw that they would prefer him to not to participate
Last month, the most senior civil servant Sir Jeremy Heywood claimed the Act was making officials ‘less candid’ with ministers in their advice - for fear it would be made public.
But Mr Straw has called for the laws to be reined in. As home secretary in 2000, he passed the law, but said in 2012 that he now believes it has made ministers and civil servants reluctant to put their deliberations on paper in case they are published.
Before the election, Tory ministers proposed limiting FOI. When the review was launched, the Cabinet Office minister Matthew Hancock insisted it had cross-party support with Labour being represented by Mr Straw and Lord Carlile representing the Liberal Democrats.
But senior Labour MP Jon Trickett, said: ‘It does look like an Establishment stitch-up to try to attack the principles of the Freedom of Information Act. If the report comes out recommending watering down the legislation it is not something I would support.’
Campaigners have warned that Government departments and quangos would be given wide powers to turn down requests for information, if the law is reviewed.
Maurice Frankel, director of the Campaign for Freedom of Information said: ‘This shows that it is not a cross-party inquiry, as the Government has attempted to present it, as Jack Straw doesn’t represent the Labour party. Jack Straw has publicly called for exemptions to the law. These would make things more difficult not just for the Opposition, but everybody apart from government.’
FOI was also the source of the revelations from Prince Charles’s ‘spider letters’ to Government - covering topics such as homeopathy and military helicopters in Iraq. The panel will publish its findings by the end of November.

The discomfort local councils have with the FOI regime is long and deep.

These reports are from 2012:
Why are councils spinning against freedom of information? | Local Leaders Network | The Guardian
Freedom of Information requests 'puts strain on councils' - BBC News

And yet central government claims it is pushing local councils to be more 'transparent':
Local council transparency and accountability - GOV.UK

Meanwhile, on the other side of the same coin, there is increasing concern about the 'surveillance state' - with a new series launched by Channel Four:

The programme submitted 800 Freedom of Information requests to local authorities to build a map of the national network of CCTV cameras.

Meanwhile, local councils have been 'losing' confidential data at an alarming rate:

Email ThisBlogThis!Share to TwitterShare to FacebookShare to Pinterest
Labels: process