From Surfers Against Sewage to Jurassic Paddle Sports

The campaigning group 'SAS' has been doing a lot of positive work along the Jurassic Coast for some time now:
Futures Forum: Surfers Against Sewage: beach-cleaning at Sidmouth >>> Sunday 29th March >>> 11am - 2pm

They set up twenty-five years ago:

Surfers Against Sewage (SAS) is a campaign for clean, safe recreational water free from sewage effluents, toxic chemicals, nuclear waste and marine litter. SAS also campaigns to protect surf spots from environmental damage, negative impacts on wave quality and to safeguard wave riders right of access. The organization's inception was in 1990. They took direct action and attracted media attention with a stunt which saw several members sitting on toilets.

Later in the year, they are holding a big conference looking at protecting the coastline:

Image credit: Karl Mackie
Environmentalists, global surf activists & pro surfers to unite in Cornwall & London for the Global Wave Conference.
Surfers Against Sewage is thrilled to announce the Global Wave Conference, a major international event focused on the protection of waves, oceans, beaches and surf habitats worldwide. The conference will be coming to the UK for the first time ever, bringing together the world’s leading enviro-surf NGO’s, academics, oceanographers, environmentalists, grassroots activists, surfers, politicians, the surf industry and the mainstream media to discuss the increasing importance of protecting our oceans.
The conference will tackle themes including the protection & management of natural surfing heritage, the threat of marine litter, water pollution and climate change, the importance of ‘blue health’ – human health & wellbeing, and ‘surfonomics’ – the growing impact and importance of the economic value of surfing to coastal communities.
The event will take place at the Bedruthan Steps Hotel on Monday 12th & Tuesday 13th October, and at the Palace of Westminster on 14thOctober. There will be very limited places available through the Global Wave Conference website – www.globalwaveconference.org – successful applicants will be sent a link to access tickets for the conference. 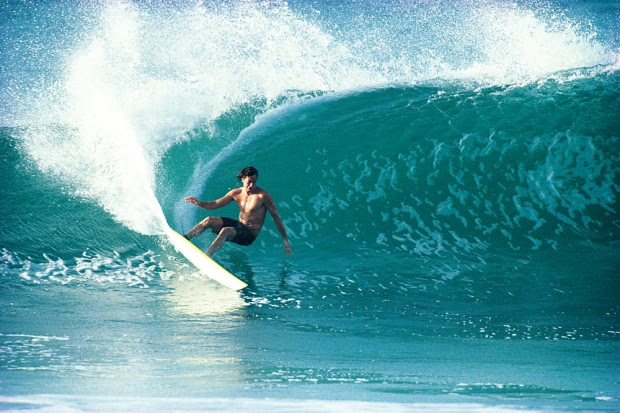 Three time world surfing champion Tom Curren at Backdoor Pipeline (C) Tom Servais
Surfers Against Sewage is delighted to be working closely with theSurfrider Foundation, Save the Waves, Plymouth University, Parley for the Oceans, World Animal Protection, Sustainable Surf, Surfrider Foundation Europe and the Surf Industry Manufacturers Associationin shaping the conference. We also have participation from leading environmental organisations including Sustainable Coastlines Hawaii, Wildcoast, the National Trust, the Centre for Surf Research,Stanford University and the Ocean Foundation.
The Global Wave Conference is being organised at a time when the protection of our oceans is at the top of political, news and public agenda. It falls during a key timeframe for protecting our beaches and coastline through the EU Marine Strategy Framework Directive (MSFD), and from an international perspective, the conference will also take place shortly before the UN Climate Change Conference in Paris. The UN conference objective is to achieve a legally binding and universal agreement on climate from all the nations of the world. In the run up to the Global Wave Conference, conference partners will be engaging the world’s surfers and water sports enthusiasts with the critical threat that climate change poses to the coastal zones, reefs and surf habitats.
As a finale to the conference, Surfers Against Sewage also has a unique opportunity to unite the global enviro-surf movement for a reception in the Palace of Westminster as part of the Protect Our Waves All Party Parliamentary Group. This will be a historic moment for the world’s surf activists.
Surfers Against Sewage would like to thank GWC sponsors and partners Plymouth University Marine Institute, Plymouth University Sustainability & Surfing, Interface, Patagonia, Parley for the Oceans, the Surf Industry Manufacturers Association, Finisterre, Vision 9 and the Fisheries Local Action Group – Cornwall & The Isles of Scilly

The aim of the event is to highlight the threats to sites of special surfing interest globally, accelerate innovative coastal environmental initiatives, promote sustainable surf industry innovation and increase leadership from the surfing community on the protection of waves, oceans, beaches and coastal ecosystems.

And it is doing very well: