Climate change: How 'political' is the BBC's decision to end its weather contract with the Met Office? >>> >>> >>> PETITION urging the BBC to reconsider

The news is that the BBC is to end its weather-forecasting contract with the Met Office:
Met Office in the news – BBC weather contract | Met Office News Blog
BBC Radio 5 live - In Short, Bill Giles: "Shattered" by end of BBC's Met Office contract
Met Office 'lost BBC contract over dumbing down rows and weather app' - Telegraph

To what extent has this decision been 'political'?

1) BBC Pulls Plug On Met Office – The Sunday Times, 24 August 2015 The BBC has ended a partnership with the Met Office dating back more than 90 years by deciding not to renew its contract to provide weather forecasts. The last bulletin presented by the Met Office will be broadcast in October 2016, 94 years after the first, in November 1922. Bill Giles, who led the Met Office’s team of BBC forecasters from 1983 to 2000, was among those in shock at the decision. “It’s a hell of a shame. It’s the end of an era,” he said. –Nicholas Hellen

2) BBC Denies Climate Sceptics Behind Decision To Ditch Met Office – The Independent on Sunday, 23 August 2015 A controversial BBC radio programme that questioned the scientific credentials of the Met Office is unlikely to have influenced the broadcaster’s decision to end its nearly 100-year relationship with Britain’s official weather service, it has been claimed. The BBC announcement came three weeks after a contentious Radio 4 programme, What’s the Point of…?, focused on the Met Office. The programme, presented by a Daily Mail columnist, questioned the accuracy of the long-term forecasts made by the Met Office in its scientific assessments of the risk posed by global warming and climate change. A BBC spokeswoman said: “There is absolutely no link between the programme and the situation we’re in now.”  –Steve Connor

3) Editorial: Met Office Feels Icy Blast Of Competition – Daily Mail, 24 August 2015 In recent years the Met Office has often felt less like a dispassionate provider of weather information and more like a lobbyist for the climate change agenda. It frequently seems more interested in pronouncing on the long-term climatology of rain forests and polar ice-caps than providing the best possible bread-and-butter local forecasts for its clients? Yes, it’s sad that the Met Office has effectively been sacked by the BBC after 93 years but it only has itself to blame.

4) Quentin Letts: I’m Not Surprised The BBC Dumps Climate Change Obsessed Met Office – Daily Mail, 24 August 2015 The Met Office may only have itself and some of its more swivel-eyed defenders to blame. With its hunger for news headlines, it occasionally went further than it should have done in predicting ‘barbecue summers’ and so forth. Sometimes you got the impression its forecasts were being written by the same hand that authored the Book of Genesis and its chapters about Noah’s flood. Gosh, they did love to whip up a storm about a few isobars. But if that is a shame in itself, it’s as nothing to the Met Office’s political lobbying, pushing a green, climate-change agenda with such force it stopped being seen as a dispassionate observer and started to look too much like a political player.

This has been going on for some time:
The Met office and the BBC- caught cold | Watts Up With That?

A petition has been launched: 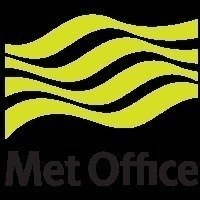 
Petition · BBC: Urge the BBC to reconsider its decision not to renew the Met Office contract · Change.org
.
.
.
Posted by Jeremy Woodward at 11:12