Things are moving forward with the BMP for Sidmouth:
Futures Forum: Beach Management Plan: compiling a short list of options

The Herald has been looking at the options - and encouraging the wider public to get involved:

People of the Sid Valley are being urged to have a say on how to protect the town from coastal erosion and flooding.

Experts working on the long-awaited beach management plan have drawn up a shortlist of options to combat the problem of fast-crumbling cliffs and provide a long-term solution for the next 100 years.

East Devon District Council (EDDC) will host a drop-in consultation for residents to give their views on Wednesday, June 15, in Kennaway House, between 2pm and 7pm.

District councillor for Sidmouth town ward Cathy Gardner said: “It is so important to Sidmouth.

“We want lots of people to go along on June 15. The impact will be on the residents and business owners of the town.”

Residents who cannot make the drop-in event can still express their views from June 16, by visiting the Coastal Protection section of EDDC’s website and downloading a feedback form, or picking up a form from the council’s reception at Knowle. For more information, email: sidmoutheastbmp@eastdevon.gov.uk.

Residents and businesses are being invited to have their say on four options to shore up Sidmouth’s seafront.

East Devon District Council (EDDC) is drawing up a beach management plan (BMP) and is keen to hear from members of the public.

The options focus on reshaping or changing the number of rock groynes protecting the town and east beaches.

The plans will be exhibited in Kennaway House between 2pm and 7pm on Wednesday (June 15).

Members of the BMP steering group will be considering the options the following day, with input from Sidmouth Town Council.

At Jacob’s Ladder and Connaught Gardens, the seawall, promenade and the sloping banks of rocks near the sea will be maintained.

The shingle from the beach that ends up on the promenade will be put back onto the beach.

The River Sid Western Wall will be maintained until it requires replacement by a more substantial coastal standard wall.

Here are the four options being considered: 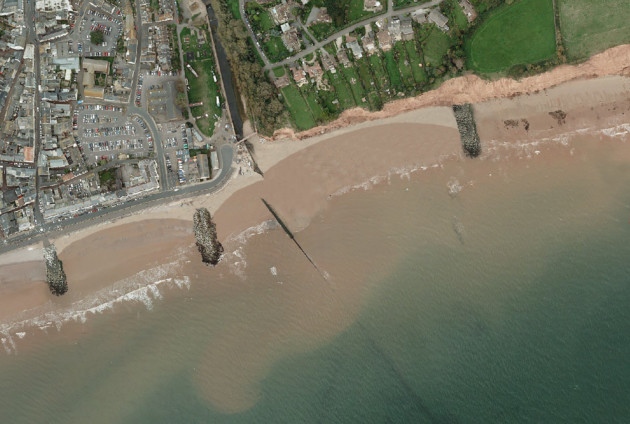 On the town beach, the existing defences will be maintained. The wall at the end of the eastern end of the beach, which directs the River Sid out to sea, will be repaired and shortened.The amount of shingle will be replenished to ensure it is maintained, and occasionally the shingle that has moved along the beach will be put back where it came from.A low-level rock groyne will be constructed on the east beach, to the east of the River Sid. Here, shingle will also moved back where it came from.Option two 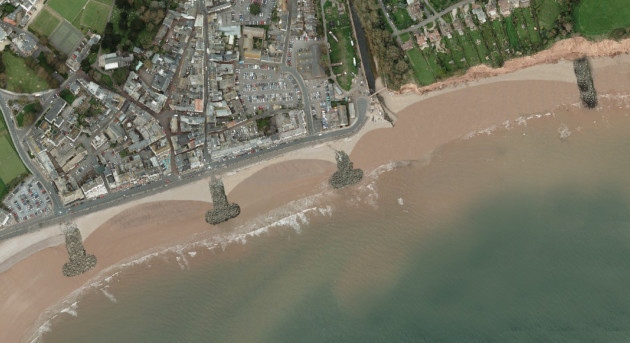 The rock groynes at Bedford Steps, York Steps and East Pier Rock will be modified into ‘T’ shapes.

The wall at the eastern end will be shortened and the shingle managed as in option one.

Again, a low-level rock groyne will be constructed on the east beach, to the east of the River Sid. Here, shingle will also moved back where it came from. 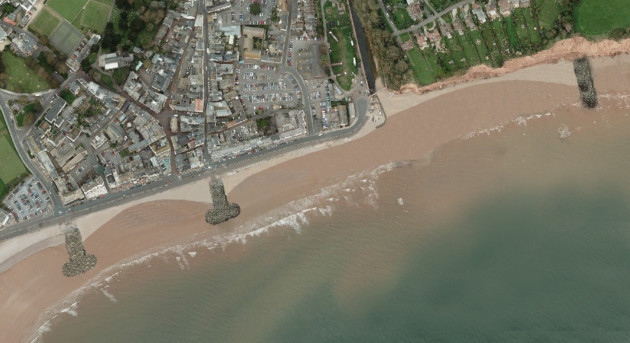 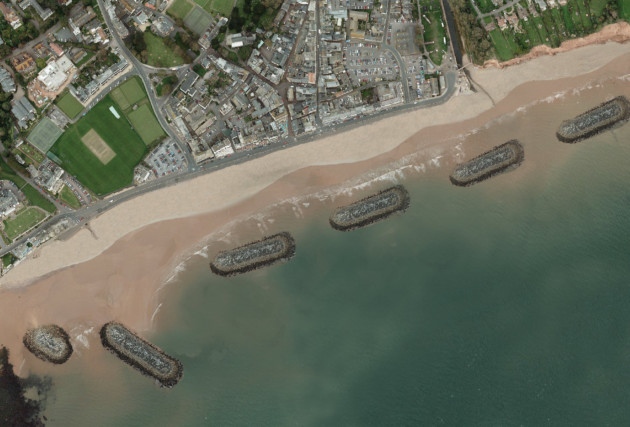 The current rock groynes on the beach will be removed and more breakwaters similar to those already in place will be constructed on the main beach and east beach.

For more information on the consultation or the BMP, email sidmoutheastbmp@eastdevon.gov.uk.

The BMP Steering Group will also be meeting at Kennaway House - tomorrow morning - to consider the shortlist of options, the public consultation feedback and the future of Alma Bridge - amongst other topics.

The District Council has a lot of information available on-line:
Sidmouth and East Beach Management Plan - East Devon
.
.
.
Posted by Jeremy Woodward at 08:54