The Knowle seems to be hitting the front page of late:
Futures Forum: Knowle relocation project: SAVE Britain's Heritage >>> "The loss of the Knowle and the additional development of the park’s upper lawns and car park as proposed represent a devastating blow to the history and character of Sidmouth."

... the story is on the front page of the Herald:

Here is the full story from the on-line edition: 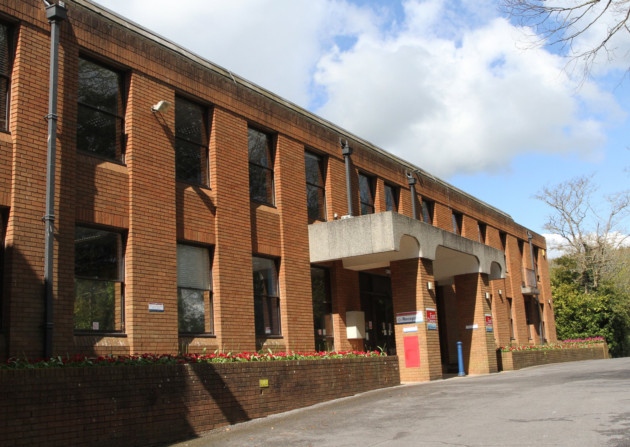 Developers with plans to build a 115-home retirement community at Knowle, which have been described as ‘shambolic’ and ‘visually awful’, have been told to go back to the drawing board by Sidmouth Town Council.

Residents and councillors were up in arms over the proposals put forward for the 4.6-acre site at the authority’s latest planning meeting on Wednesday (June 1).
Councillor Ian Barlow, chairman of the committee, proposed to reject the application on account of the distinctiveness and design of the development and the effect on residents’ amenities, as well as overdevelopment of the site and because the developer had no plans to contribute to affordable housing in the area, in the form of Section 106 money.
Cllr Barlow said he agreed the town needed or would need supported housing for people over 60, but he thought the developer should go back to the drawing board and look at the overall size and design, maybe considering a smaller development with 80 or 90 flats.
“I think the idea is the right idea… the size is too big. You need to relook at this. It is a very large block building - it is not pretty. We don’t want to ruin our town.
“If you want to build something like this in our town, you should put in the money for affordable housing… otherwise, all the workers you will need to look after these people will have nowhere to live.”
A number of residents and councillors spoke out against the proposals, with some saying they thought homes for younger people and families would be a better idea.
Concerns raised included issues with the strain on the area’s sewage system, which some claimed already struggled, and the overall mass and height of the development.
People were also worried about the effect such a large development, built specifically for older people with extra needs, would put on the town’s medical resources.
Other worries were also raised with the design and the mixture of different materials, the intrusiveness of the development and it being out of keeping with the character of the area.
It was also noted the proposal went against the newly-adopted East Devon Local Plan, which recommended only 50 homes be built on the site.
The committee was also unsatisfied that adequate or appropriate plans had been put in place to cater for the amount of waste and recycling which would be generated by the development.

Meanwhile, the comment on the Streetlife site has been very active:
Streetlife | Knowle and Pegasus plans
.
.
.
Posted by Jeremy Woodward at 15:13