Knowle relocation project >>> A far more imposing development than assumed? Part Four: Just how far down the terraces will they be building?

Here is the latest comment on the Streetlife site:

I have produced a plan view by overlaying a couple of the maps from the Bat survey document.

It gives a clearer view of how much more houses will be overlooked than they are now and just how far down the terraces they will be building.
I attach it here for anyone who is interested.
As I say, Pegasus have provided all this information but in a less clear manner.
[... although the car park looks empty here they will of course be building on that too.] 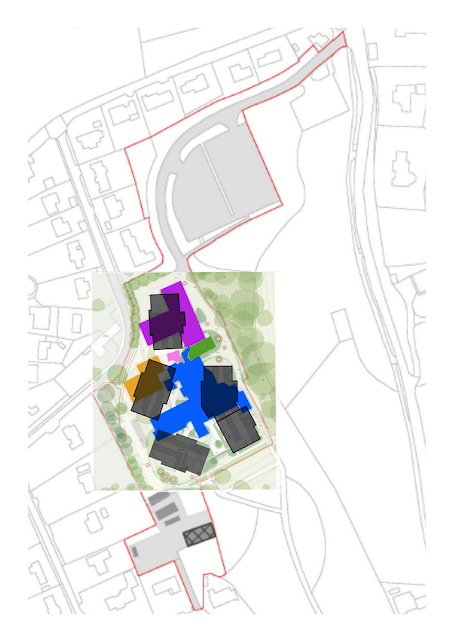 I recommend to you elevation N-N which shows the proposed building next to the retained Caretaker's house, it is a third taller again than this retained building.
On the north of the Caretaker's house the buildings tower over it to twice the height!
The equivalent of a 6 storey block of flats on a ruddy great big hill in Sidmouth is just too much!

Another picture, I have overlaid the buildings on a Google satellite image and tried to show where the Listed Summerhouse stands.
The buildings drawing is exactly the same as the one I used on their tree drawings but it looks far worse.
Their Heritage and Archaeology Statement says that neither the demolition of the Knowle or the new buildings will affect the setting of Summerhouse or Lodge! 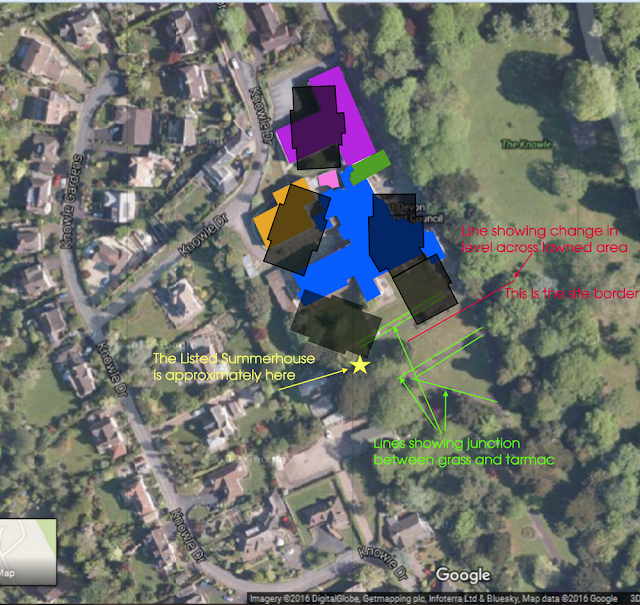 The front page of the latest View from Sidmouth carries the objection from the SAVE Britain's Heritage group. The on-line version carries a nice picture from the developer which belies the impact of the proposed development: 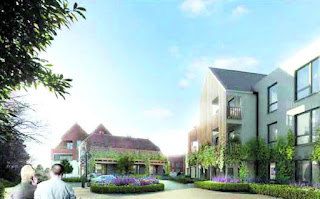