The opaque world of subsidising coal, oil and fracking is actually rather expensive:
Futures Forum: "... a reckless use of public money at a time when people are very concerned about energy costs.”

And it is indeed very difficult to disentangle - as seen from the United States:
Subsidies cover up the cost of energy, whether green or fossil fuels | TheHill

Here's a perspective from Australia, which pulls no punches on how this is covered in the media:

The anti-wind and anti-solar garbage fit to print in Murdoch media : Renew Economy

Meanwhile, as a follow-up to the Paris agreement on climate change, agreement has been reached to "drive a low-carbon transition":
G7 nations commit to ending 'inefficient' fossil fuel subsidies by 2025

But now it's crunch-time: 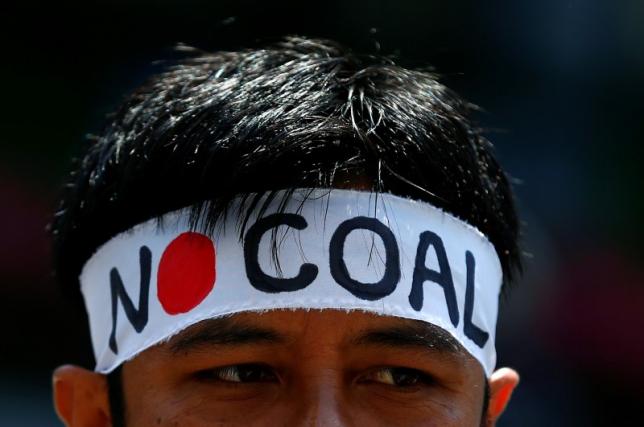 A demonstrator wears a headband during a protest in front of the finance ministry in Tokyo ahead of the upcoming Ise-Shima G7 summit, calling on Japan to stop investing in fossil fuels, Japan, May 19, 2016.
REUTERS/THOMAS PETER


Energy ministers from the Group of 20 major economies meeting in Beijing this week came under a three-pronged attack on Tuesday over their failure to agree a deadline for the phasing out of subsidies on fossil fuels.
Officials from the United Nations and European Union, plus 200 non-governmental organizations, urged the G20 to end years of fruitless talks and follow the lead of the Group of Seven industrialized nations by setting a date for the end of subsidies on coal, gas and oil.
EU officials, speaking on condition of anonymity, said they were pressing for 2025 -- the year already agreed by the G7 -- at Wednesday and Thursday's energy talks, which will be attended by European Energy and Climate Commissioner Miguel Arias Canete.
An open letter from 200 non-governmental organizations called for a 2020 cut-off date.
United Nations talks last year in Paris reached a global agreement on curbing climate change and said that temperature rises need to be kept below 2 degrees Celsius (3.6 degrees Fahrenheit) versus pre-industrial levels.
"Post Paris, the question has become why wouldn't you put a timeline on it?" Rachel Kyte, chief executive of U.N. body Sustainable Energy for All, said of the subsidies proposal.
Kyte, who previously worked for the World Bank as group vice president and special envoy for climate change, told Reuters that 2025 appeared to be acceptable to most but that subsidies should be phased out as soon as possible.
"With low oil prices, it is the time to do it -- and the countries who are doing it now are reaping the rewards," she said.
Although cheaper fossil fuels make it easier for governments to remove subsidies, political complications abound.
Japan, for instance, resisted efforts by the Organisation for Economic Cooperation and Development to phase out coal export credits, or preferential financing for companies that export coal technology, such as Toshiba, EU sources said.
The G7 nation is burning record amounts of coal for electricity generation and plans to use even more of the dirtiest fossil fuel to fill the gap after the Fukushima disaster paralyzed its nuclear sector.
The 200 non-governmental organizations called for the G20 to set "a clear timeline for the full and equitable phase-out by all G20 members of all fossil fuel subsidies by 2020, starting with the elimination of all subsidies for fossil fuel exploration and coal production".
(Additional reporting by Alissa de Carbonnel; Editing by David Goodman)

The New Economic Foundation republished a piece on the issues from Business Green earlier this month: 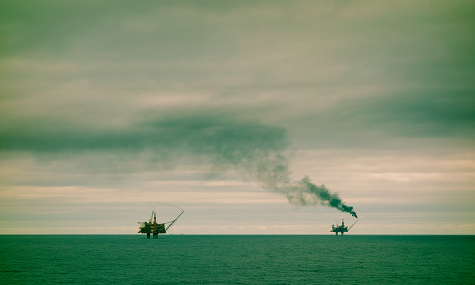 “When I use a word, it means just what I choose it to mean – neither more or less” – Humpty Dumpty
The G7 has just promised to end fossil fuel subsidies by the year 2025. Hooray! But what does that mean?
Let me take you back to the year 2013, when I was sat in a meeting room in the Treasury, being roundly told off. I was finding it all very befuddling.
The Guardian had just covered research I’d done into tax breaks for oil and gas drilling in the North Sea. I’d calculated that the flotilla of tax cuts handed out by George Osborne in the year 2012/13 alone were worth about £1 billion to the industry (there have been many more since).
The telling off wasn’t about the figure itself (which was sound). The problem was whether or not the Chancellor was doing anything wrong.  The annoyed Treasury beaks I was up in front of were, unsurprisingly, of the opinion that he was not.
Under contention were two things:
The gist of the Treasury’s telling off was that I should stop calling something a fossil fuel subsidy that wasn’t.  I shall spare you the gory details. The Government’s side is that cutting tax for fossil fuel production isn’t a subsidy because the tax rate is still higher than all other industries pay. But I was arguing the bigger picture: call it what you like, but what’s happened is the Chancellor’s actions are stimulating the production of oil and gas; the economics of drilling for those firms just got a lot better overnight. Most definitions of subsidy used by world economic bodies – the WTO, OECD or even the International Energy Agency – say that tax cuts for oil companies are subsidies for this reason. I recommend this Desmog blog which gets splendidly erudite about all this and delves into wonkishness from which I shall otherwise shield you.
This matters because the UK is not really supposed to have fossil fuel subsidies, or should be actively seeking to end ones we do have. The G7 agreement puts a timescale on its previous 2009 commitment, so even back in 2013 the UK was signed up to eliminate “inefficient fossil fuel subsidies” (are there any other kind?).  There’s consensus: a year later the EU stressed the importance of “phasing out” fossil fuel subsidies. And in 2014 David Cameron himself promised to fight “the economically and environmentally perverse fossil fuel subsidies which distort free markets and rip off taxpayers.”
So it’s problematic if the Government defines subsidy in a way that virtually no-one else does, and which allows it to do all sorts of things that don’t really seem in keeping with what the G7 and other pledges have in mind.
So under the UK definition, paying for coal plants to stay active as part of the ‘capacity mechanism’ is apparently not a subsidy. Tax breaks for frackers and drillers, including for scrapping old oil rigs: not a subsidy.  To say nothing of the largest effective subsidy of all -  all the costs in terms of air pollution and climate damage that are caused by fossil fuels but paid for not by producers or direct consumers but by the state, ie in health costs. An IMF working paper (very conservatively) estimated that globally these ‘externalities’ account for most of its $5.3 trillion – trillion! – annual subsidy for fossil fuels. The UK mops up the cost to society of our oil, coal and gas  use to the tune of about £26 billion.
You can agree or disagree on any of those things. People do. It can get technical. But if hairs are being split, doesn’t it suggest something has gone wrong somewhere? Orwell would have a field day, having famouslylambasted the slippery art of political rhetoric:
“Political language is designed to give an appearance of solidity to pure wind.”
The climate doesn’t really care for the precision of our legalese, but the totality and effect of our actions. That action is poorly served by defining your way out of the spirit of a commitment.
To heck with semantics. The big issues are these. Does the Government have a specific plan to drill every drop it can of oil and gas from the North Sea? Yes.  Has it promised the world’s most “generous” tax breaks for frackers? Yes.  Is it going out of its way to make the economic conditions for digging up our dwindling stocks of oil and gas ever more enticing? Yes, yes, yes: of course it is.
We know that we need to leave most of the world’s fossil fuels in the ground, never mind prospecting for more. It’s a mega-challenge – a juggernaut needing to be jack-knifed.  Yes, globally, twice as much was invested in renewables last year as fossil fuels. But that’s still $130 billion on new oil, coal and gas production. All levers of Government, particularly developed economies like the UK, need to be turned towardsnot burning fossil fuels, not actively helping them be burned.
So call things subsidy, or call them support; call them Susan if you like. If we’re making the economics of fossil fuels better today than they were yesterday, we’re doing the wrong thing.  I am choosing to believe that promises to end subsidies to fossil fuels mean really eliminating them, not just look like we’re eliminating them.
As Orwell might usefully remind us, it’s time for the UK to close the “gap between one's real and one's declared aims.”
This post originally appeared at Business Green and is reproduced here with permission.