Quarrying and phosphorous in East Devon

Following the hearing, there will be more consultations later in the summer: 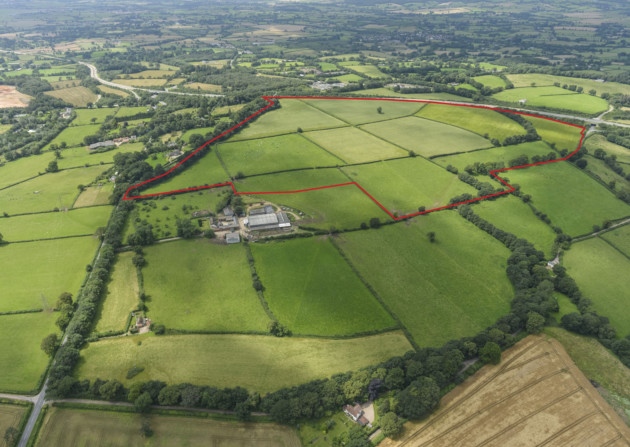 Questions were raised and concerns reiterated as plans for a 100-acre quarry on Ottery’s outskirts came under scrutiny.

Straitgate Farm is currently earmarked in the Devon Minerals Plan as a suitable site for extraction of material and was one of the more contentious issues debated at an examination hearing in County Hall in Exeter.

A total of 199 modifications arose out of the series of scrutiny meetings conducted by government inspector Andrew Freeman – including a clarification on tonnage of sand and gravel potentially available at Straitgate.

The alterations will now go through a consultation before the minerals plan can be finalised. Once adopted, the document will form a blueprint for sourcing the region’s mineral supplies until 2033.

Aggregate Industries’ (AI) proposals to build the quarry have met with fierce opposition from campaigners, councillors and members of the community.

The inspector grilled the company over access, where the material would be processed and the actual amount that could be extracted from Straitgate – a figure that is currently disputed.

Speaking at the hearing, Councillor Roger Giles – a district and town councillor for Ottery – said: “Why is AI putting so much time and effort, and spending so much money, to open a new quarry to extract a totally uneconomic 0.9million tonnes of sand and gravel?”

He also questioned why the site was still included in the Devon Minerals Plan in the face of ‘show-stopping’ problems.

John Penny, South West estates manager for AI, confirmed the company would be re-submitting revised proposals to include a new quarry access route onto Exeter Road for the Straitgate site and alternative temporary soil storage areas.

Mr Penny added that access to high mineral reserves and local jobs were important elements in the Straitgate plan.

Campaigner Monica Mortimer, of Straitgate Action Group, told the Herald: “To destroy a productive dairy farm and incur all the associated risks and harm for 0.9million tonnes simply defies logic.”

Devon County Council expects to carry out further consultation on modifications to the plan from August 1 to September 23, following the necessary committee approval.

The Straitgate Action Group has brought up an interesting point on the chemical composition of spoil from proposed sites:


"Phosphorus is the biggest cause of water quality degradation worldwide"

"...causing 'dead zones', toxic algal blooms, a loss of biodiversity and increased health risks for the plants, animals and humans that come in contact with polluted waters. This threatens the loss of economic and social benefits from freshwaters upon which society relies..."
warns a recent article on "Cleaning up decades of phosphorus pollution in lakes".

It's why the approved restoration scheme for Aggregate Industries' Blackhill Quarry says:
"...all soils will be tested for pH and nutrient content to ensure they are suitable for heathland restoration i.e. phosphorous is less than 10mg/kg and that the pH is between 3 and 5."

"This habitat is more sensitive than any other wetland habitats and is very sensitive to anynutrient change."

After all, the East Devon Pebblebed Heaths, which "represents one of the most important conservation sites in Europe", have been battling against nutrients for years.

And yet, despite material from Houndaller having phosphorous levels up to 17x the level required, amazingly AI has still not given up on its madcap planning application to process Hillhead material at Blackhill - each round trip 52.8 miles - according to last week's Extension of Time letter:
"It is hoped this will allow sufficient time for Natural England to be consulted on the additional information to be provided."

Quite what additional information AI can concoct to persuade Natural England that environmentally it’s a good idea to import tens of thousands of tonnes of material from agricultural land at Houndaller - potentially hundreds of thousands from Straitgate - (land that's nutrient-rich, high-yielding, good for growing grass for dairy farming) to "a heathland area which requires negligible or preferably no nutrients" (when these nutrients can leach into groundwater for decades) remains to be seen.

But it’s not rocket science:

Even modest increases in #groundwater pollution can cause extermination of some species- @iahgroundwaterhttp://buff.ly/25KiSaL

So, since we're persistently being told how much @AggregateUK cares for wildlife and the environment, it's about time the company walked the walk - right out of Blackhill.

Straitgate Action Group: "Phosphorus is the biggest cause of water quality degradation worldwide"
.
.
.
Posted by Jeremy Woodward at 16:15