The House of the Year on Channel Four's Grand Designs has showcased some stunning buildings over the last month:
Futures Forum: House of the Year: Part One >>> blending into the surrounding countryside

The result was given just before Christmas:
Grand Designs: House of the Year - All 4
Richard Murphy’s own home crowned ‘best house in UK’ | News | Architects Journal

It certainly exuded 'wellness' and the architecture is stunning. Its 'green credentials' would include its clever use of limited space: 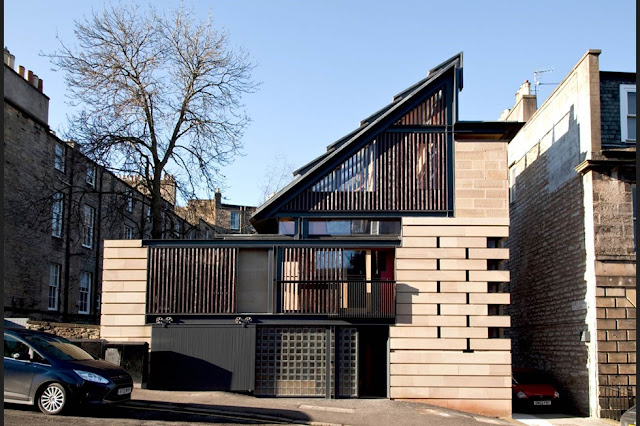 ‘Murphy House was a real box of tricks with a unique, playful character. Although a small property, it was deceivingly large inside due to the clever use of space. Every room contained a surprise and the attention to detail was exceptional. The roof terrace was a real oasis of calm, and I loved the long list of environmentally friendly touches. A true pleasure to visit and I would imagine a lot of fun to live in.’

The Architect's Journal looks back on 2016:


The year in green: 2016 marks a shift to wellness

20 DECEMBER, 2016 BY HATTIE HARTMAN
The wellness agenda increasingly dominated the sustainability debate this year, but where was the architecture? writes Hattie Hartman 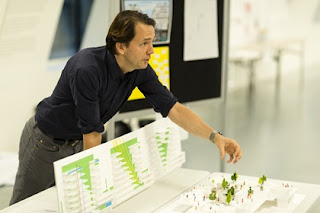 One glimmer of hope this year was last month’s ratification of the Paris climate accord. In the year that brought us Brexit and Trump, it’s important to highlight progress on the sustainability front, particularly given president-elect Trump’s recent appointment of Scott Pruitt, Oklahoma’s oil-industry-friendly attorney general, to head the US Environmental Protection Agency.

Closer to home, uncertainty also reigns. According to the RIBA, 70 per cent of UK environmental policy and regulations is driven by EU directives. While a wholesale dismantling of legislation is unlikely, proposed revisions to the Energy Performance of Buildings Directive (EPBD), released on 30 November as part of the EU Commission’s ‘Clean Energy for all Europeans’ package, could directly affect UK building regulations.

Earlier this year, national zero carbon home targets went by the wayside, yet since October, the London Plan has required all new homes built in the capital to either achieve ‘zero carbon’ (an impossible challenge on most dense London sites) or make an offset payment to a local authority fund ring-fenced for sustainability measures elsewhere in the borough. We have to hope this requirement will spur best practice but it’s too soon to evaluate any unintended consequences.

Meanwhile London’s mayor Sadiq Khan is getting tough on air pollution, with increased funding to phase out diesel buses and taxis and potentially to tax diesel cars from 2019. Traffic emissions directly affect indoor air quality, a key platform of the wellness agenda which has increasingly dominated the sustainability debate in 2016.

Championed by Google and others over the last five years, health and wellbeing have reached a tipping point. One barometer is the increased prominence of the Well Building Standard (WBS) which has 13 certified buildings and 296 in the pipeline globally since its launch in 2014. Last month, construction documents were signed for PLP’s 62-storey 22 Bishopsgate, the largest of the nine UK buildings in the pipeline for WBS certification, a sign that wellness has penetrated the City’s office sector.

Last month the UK Green Building Council hosted a fascinating event on the health impacts of indoor air quality. Evidence-based research undertaken by the Harvard TH Chan School of Public Health (and funded by United Technologies, manufacturer of jet engines and air conditioning systems) tested the cognitive impact of varying indoor air quality. Participants worked in an office environment where ventilation rates, CO2 rates and volatile organic compound (VOC) counts were varied on different days, and their cognitive performance was tested at the end of each day.
The tested office environments included: conventional (CO2 at 950 parts per million, ventilation at 20 cubic feet per min of outdoor air per person, and VOCs of 500-700 micrograms per m3) and  ‘enhanced green’ (CO2 at 600 parts per million, ventilation rates at 40 cubic feet per minute of outdoor air per person, and VOCs less than 50 micrograms/m3). Cognitive test scores were over 100 per cent higher in the setting with better air quality.
These results highlight the complex trade-off between indoor air quality and energy efficiency, and the critical role of factors such as external air pollution and routine maintenance of mechanical systems.

However, architecture and the value of good design are notably absent in much of the discourse about health and wellbeing. As RIBA president Jane Duncan noted recently, ‘the UK has superb [green design] ambassadors, but they are still in the minority’.

In the same vein, a voracious green appetite was lacking among the President’s Medals schemes displayed at the RIBA. Drawing prowess outshone green ambition in all but three of the 14 winning and commended schemes. The RIBA should use its clout to more actively push the green agenda in 2017.


The year in green: 2016 marks a shift to wellness | Opinion | Architects Journal

And here's a little further reading on the topic: 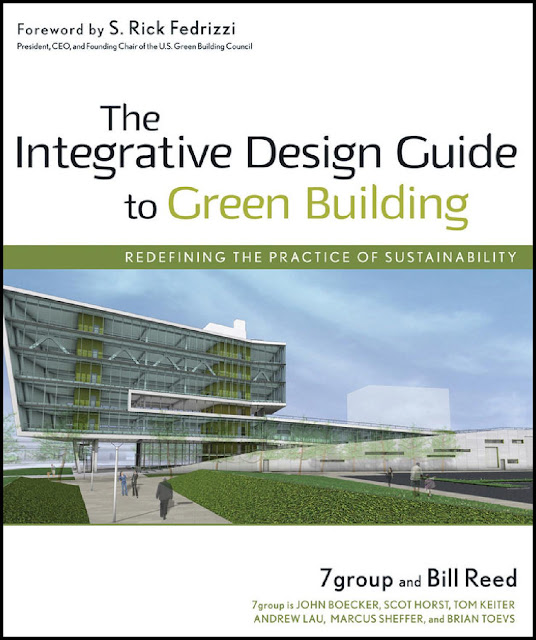 The Integrative Design Guide to Green Building by Ave Harysakti - issuu
.
.
.
Posted by Jeremy Woodward at 01:00