The future of Devon's care services: "We want to see comparative clinical evidence that demonstrates that the proposals for treatment at home are indeed both as effective as hospital treatment and as safe."

As does Cllr Claire Wright, of the County's Health Committee:

Save our NHS Devon rally attracts hundreds of protesters from across the county - Claire Wright
One issue is the lack of accountability:
Futures Forum: The future of Devon's hospitals: getting the figures right

As reported in the East Devon Watch blog last week - with full comment - it is about being accountable to patients as to what care they will receive and where:


NEW DEVON CCG TRANSFORMATION: AS TRANSPARENT AS A LEAD BLOCK

The key point is that the CCG needs to demonstrate that their proposals will not just save money but will deliver effective and safe treatments for patients and not put them at risk.

So we want to see comparative clinical evidence that demonstrates that the proposals for treatment at home are indeed both as effective as hospital treatment and as safe.

We want to see risk assessments that show that there is no additional risks from complications or emergencies arising from treatment at home which could be handled if the patient was in hospital with 24 hour nursing and doctor cover and emergency treatment facilities but where the patient might e.g. die if it happened at home, at a time when carers were not present so it took time for anyone to see that there was a problem and they then had to wait for an ambulance to arrive and then to travel to the nearest emergency unit.

The CCGs proposals appear to be based on a subjective patient survey in N Devon in which patients said they were satisfied with the way that their home appointments were booked, but says nothing at all about whether the medical treatment at home is effective.

To put forward radical proposals where either they don’t have any evidence showing it is safe, or worse that they have evidence but are keeping it secret (presumably because it shows it is not safe) is at best negligent and at worse plain dangerous.

Hence my FoI requests – which have not been answered.

I also asked written questions in advance of a CCG board meeting last week, but unfortunately was not able to make the meeting and have not received a written response.

Given the unwillingness of the CCG to answer these questions, we have to assume that these proposals are unsafe and dangerous and should not go ahead.

This is within the context of a collapse in care: 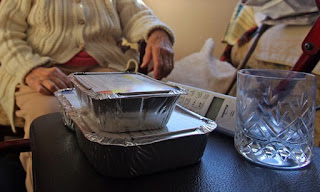 Theresa May is under intense pressure from senior doctors and a powerful cross-party alliance of politicians to avert a collapse in care for the elderly, as shocking new figures show the system close to meltdown.

The medical profession, together with Tory, Labour and Liberal Democrat leaders in local government, have demanded a funding U-turn, warning that the safety of millions of elderly people is at risk because of an acute financial crisis completely overlooked in chancellor Philip Hammond’s autumn statement.

New figures obtained by the Observer show that 77 of the 152 local authorities responsible for providing care for the elderly have seen at least one residential and nursing care provider close in the last six months, because cuts to council budgets meant there were insufficient funds to run adequate services. 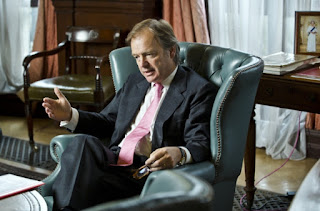 East Devon’s MP called on the Government to increase social care funding in the region or risk an ‘unacceptable’ loss of healthcare provision.

Sir Hugo Swire spoke out in the House of Commons last week and raised concerns about plans to axe hospital beds without ensuring adequate measures for alternative care are in place.

He said proposals put forward by the Northern, Eastern and Western Devon Clinical Commissioning Group (CCG) – which will see Sidmouth lose all of its inpatient beds – will only put the social care budget under increased strain.

Sir Hugo suggested that the only answer is an increase in the social care budget and called for the Chancellor of the Exchequer, Philip Hammond, to ‘seriously consider’ the matter before his Autumn Statement.

In a letter to Mr Hammond, Sir Hugo wrote: ‘I am not against a reconfiguration of our local NHS per se. However, I am concerned that we are putting the cart before the horse. Before removing the hospital beds, we need to ensure that the social care provision which prevents people from needing those beds in the first place is sufficient.

“As it stands at the moment, with council budgets for social care falling behind demand by £5billion nationally, I am concerned that the loss of hospital beds will not be compensated by the social care system, resulting in an overall and unacceptable loss of healthcare provision. This would be particularly damaging in East Devon, where 27.7 per cent of people are aged 65 or over compared to 17.7 per cent nationally.

‘In my opinion, the only answer to this complex issue is an increase in the social care budget which would not only be good for patients but, ultimately, reduce the pressure on the NHS budget.”

There was no mention of additional funding for social care in the Autumn Statement announced yesterday (Wednesday).