"Local enterprise partnership officials have overseen hundreds of payments to companies in which they or their colleagues have an interest."

Deep misgivings have been expressed about its make-up and its role, however.

In the last few days:
Futures Forum: The increasing confusion of choices for devolution >>> >>> Heart of the South West LEP..... or: Greater South West..... or: Greater Exeter Growth and Development Board............. or: An Exeter/Plymouth/Torbay supermayor
Futures Forum: The Return of the East Devon Business Forum >>> >>> or, the ‘Greater Exeter Growth and Development Board'

But it's not just in the South West.

The EDW blog reports on the Daily Mail's reportage on a real scandal nationwide:

The story has been taken up elsewhere:
Growth fund paid £100m to own board members | News | The Times & The Sunday Times

Local enterprise partnership (LEP) officials have overseen hundreds of payments to companies in which they or their colleagues have an interest, according to reports.

Under the Growth Deal, ministers have awarded a significant proportion of the £12bn Local Growth Fund to LEPs. 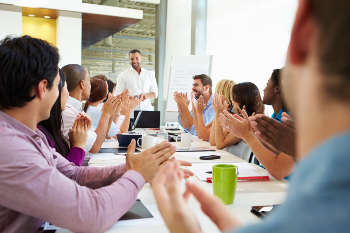 The Daily Mail said that on at least 276 occasions, Growth Deal funding ‘has been used to make payments to the [LEP] officials themselves, their own companies, or projects they stand to benefit from’. These projects were worth more than £100m.
The paper had carried out ‘the first comprehensive audit of the billions spent under the Growth Deal’ and found ‘extraordinary’ conflicts of interest, including a board boss who saw his own call centre handed a £1m grant and a £60,000 grant intended for local companies that was given to a Saudi chemical giant after its UK boss joined an LEP board.
There is little protection to prevent the officials from using the cash to award grants to themselves, or from making their decisions in secret.
The revelations follow repeated concern over a perceived lack of accountability and transparency for LEPs and the announcement in the Autumn Statement that a further £1.8bn Local Growth will be available to LEPs next year.
In March Sir Amyas Morse, head of the National Audit Office, said that while the role of LEPs had expanded rapidly and significantly, ‘they are not as transparent to the public as we would expect, especially given they are now responsible for significant amounts of taxpayers’ money’.
In July the Commons Public Accounts Committee (PAC) said it was ‘alarming’ that LEPs ‘are not meeting basic standards of governance and transparency, such as disclosing conflicts of interest to the public’. MPs said: ‘The fact that 42% of LEPs do not publish a register of interests is clearly a risk to ensuring that decisions are made free from any actual or perceived conflicts of interest.’
Earlier this month the Department for Communities and Local Government announced a new national assurance framework for LEPs, ‘to reflect current policy and current expectations of LEPs in relation to accountability, transparency and value for money’.
The document says LEPS will have ‘considerable freedom to determine how to implement the practices and standards’ it contains. These include having a published conflicts of interest policy and a published register of interests covering any decision makers.