“The triumph of advertising in the culture industry is that consumers feel compelled to buy and use its products even though they see through them.”

'Tis the season for spending far too much:
Futures Forum: Planned Obsolescence: and The Men Who Made Us Spend

... on stuff we don't really need:
Futures Forum: The Story of Stuff: "You cannot run a linear system on a finite planet indefinitely"
Futures Forum: Peak stuff >>> Are consumers getting tired of consuming?
Futures Forum: The antidote to Stuffocation: "Sharing, lending, bartering, swapping and gifting networks can all play a part and creating things can be done collaboratively."

In fact, we are all victims of something called 'the inefficiencies of supply-push' and 'the batch-and-queue distribution system':
Futures Forum: Technological unemployment and the Luddite fallacy
Three Works on Abundance and Technological Unemployment, Part Three: Martin Ford | P2P Foundation (A long read looking at the issues - and finishing with a quote from Zen and the Art of Motorcycle Maintenance...)
Supply-Push & Demand-Pull – The Key and The Lock | The Tao Of Business Development (which briefly looks at how markets are supposed to work - by first doing some 'market research' - and then at how markets actually work - as in Henry Ford’s comment about if he had surveyed the market, people would have wanted faster horses...)

This is otherwise known as 'the industrial version of the "Field of Dreams" philosophy:
If you build it, they will come:
Mass Production: Build-to-Order Consulting


Or: If we like the advert, we will buy:

Freedom to chose the same

Why a forgotten 1930s critique of capitalism is back in fashion


Seventy years ago the thinkers and writers of the Frankfurt School warned of capitalism’s drift towards a cultural apocalypse. Has it already happened, but we’ve been too uncritical to notice? 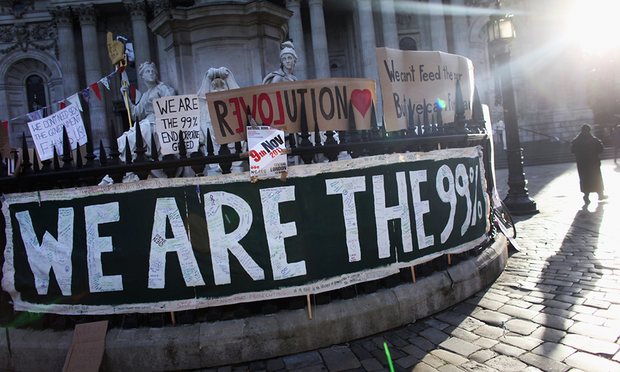